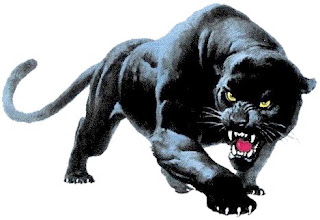 The black Panther is one of the most iconic symbols used by people of African descent.  Majestic, sleek, regal, viral and fierce—not to mention unmistakably black—the animal has resonated with people of African descent for over seven decades and has been adopted by a number of black nationalist/Pan-Africanist organizations and entities—even African Americans who do not identify as such have nevertheless adopted the symbol as their own to convey strength, fearlessness, beauty, and a willingness to fight back.  Characterized as an animal that is never aggressive unless provoked, once it is threatened it responds with unbridled ferocity and steely determination in protecting itself, its progeny, and its territory.

Holiday shopping season already start…
Home Inspection Repair Birmingham AL
Wayne Rooney 'urges Erik ten Hag NOT …
How To View Instagram Stories Anonymo…
10 Tips for Using Hashtags Effectivel…
The motion picture Black Panther, part of the Marvel Cinematic Universe (MCU) of movies with an interrelated storyline that begin with the premiere of Iron Man in 2008, was one of the most anticipated movies of 2018 and it delivered rave reviews and extraordinary success when it finally debuted in in the United States on February 16, 2018 (February 15 in some areas).  Critically acclaimed all around and experiencing a financial windfall since its release, Black Panther is not the typical superhero movie, something Ryan Coogler, the director and co-writer, along with Joe Robert Cole, purposely intended.