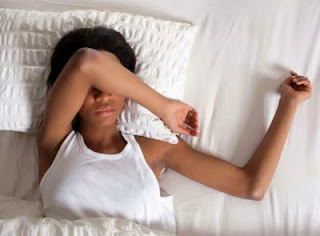 Free Black Space Repost from July 11, 2014The Chinese still grieve over Japanese aggressions during the early parts of the second World War, which resulted in what is known as the Rape of Nanjing. Estimates range widely but official records state that 200,000 Chinese were massacred and some 20,000-30,000 were raped during the Japanese campaign beginning in December 1937. In Nanjing Requiem Chinese American novelist Ha Jin writes about the heroic efforts of an American missionary, Minnie Vautrin to spare as many young women as she can from the horrors of the Japanese occupation. Western readers love heroes. Creating heroes provides a way to elevate an individual out of her social, cultural, and historical circumstances. It alleviates responsibility for collective action, so long as we can look to heroic action for change. But rape is not really about individuals, especially during times of war. After killing those whom one intends to kill, then what is a more effective strategy for dominating a resistant people than rape? Raping a woman—girl, baby, grandmother, great-grandmother—in front of her family and friends is extremely effective at unraveling the fabric of the community. The sense of shame born by the women and the sense of failure born by the men undermine the foundational security needed to stabilize a community. Rape erodes trust. It is psychologically devastating, not to mention the myriad concerns to ones health and physical well-being. And what of the children born of rape? Who will love them and more importantly how will they love them—it’s not a question of if someone will love because the human capacity to love is tremendous. But how one loves is another question. What kind of love results in the aftermath of rape?
How one loves in the aftermath of rape is a question that African Americans are still resolving. In the wake of slavery, we have demonstrated the extended capacity to envision the rape of black women at the hands of white men, partly because it reinforces the illusion of white, male power as well as the desirability of black women. More recently, African American women authors like Alice Walker and Ntosake Shange popularized (a terrible characterization but I think accurate) the image of black women victimized at the hands of black men. However, if we are more honest and begin to explore the dynamics of rape and the culture it breeds then we might see more clearly the men who are not just perpetrators but those who are victims as well. For instance, while rape is largely perpetuated against women the notion that it is exclusively violent men acting against women is preposterous. Do we have any idea how many men were raped under slavery? When we divest from gender politics enough to explore the dynamics at work, then we might begin to reflect on rape as a kind of disease, rather like rabies, a mortal contagion corrupting the dna of a society. Then we can explore the ways it appears as a symptom of a pandemic degrading the host as well as its victim.
It’s been six years since the United Nations Security Council declared rape a war crime, unanimously adopting Resolution 1820, which called for the immediate and complete halt to acts of sexual violence in 2008. Yet on July 6, 2014, The Guardian published “Turning a blind eye to rape crimes in the Democratic Republic of the Congo,” accusing the prime minister, Augustin Matata Ponyo of refusing to acknowledge that state security services outside of the conflict region, including the capital of Kinshasa, are using rape as torture. Rape is such an effective means of subduing a people precisely because of the inclination to turn a blind eye. No one wants to see, let alone watch, an act so heinous that it threatens to corrode the very foundation of civilization. Rape has the potential to leave its victims incapacitated and unable to raise a family—there is no more devastating impact of war.
Outside the boundaries of war rape is more circumspect. The subject of rape as a military tactic remains taboo and the United States has been adopting measures to curb sexual assaults within the ranks of its own military. On another front, in April 2014 the White House appointed a task force to curb sexual assaults on college campuses. Rape is all over the news these days. According to a survey reported by the Associated Press 9 July 2014, 2 in 5 (that’s 40%) colleges/universities have not investigated a single rape in the last five years. Nevertheless, the White House estimates that one in five women (that’s 20%) graduate as victims of sexual assault. And if one in five women, how many young men? And how many are graduating as rapists? Rape should not be built in to the cost of education.
African Americans must confront rape not as an individual problem but as a problem that threatens the very foundations of our communities. We should not be satisfied with scapegoats or sacrificial lambs nor should we respond with heroics. I don’t have the answers but I hope we are ready to start working on one.
Free Black Space Dr. Valerie Prince is an Associate Professor of English at Allegheny College.