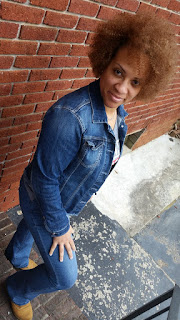 In November 2016, FBS interviewed Ursula Mims Relaford in Atlanta, GA. She has been singing her whole life. She talked to me about the origins of this work and growing up with a mother who loved music. While we have made some choices that help transfer speech to writing, the following is a transcription of Ms. Relaford’s words with few editorial interventions. Be sure to check out her singing here:  Department of Justice Black History Month Program

-->
I take vacations.  I get massages.  I will go to bed at night at 8:30 or 9.  I won’t watch no tv.  Have my dinner, take my shower, surf facebook for a minute, and after facebook shut off the lights, turn on Pandora—sometimes it’s gospel, sometimes smooth jazz, r&b, whatever—and just let the music take me on into lala land and I’ll sleep until I’m bright eyed and bushy tailed.  And then once I’m wide awake I just force myself to lay there for a couple of hours and just rest.  Just try to veg-out and not let the day’s events stress me out or worry me.  And then I’ll start my day.