reMIX: Race is a Dead Metaphor by Valerie Sweeney Prince 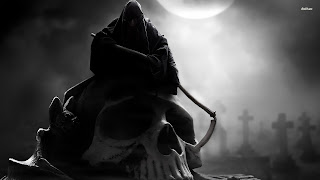 African American funkiness is a direct result of their relationship with a dead metaphor. The dead metaphor is race, which insists that African Americans are black. The idea of blackness is so commonplace in our culture that the language no longer appears metaphorical, which is to say that it no longer retains the elastic quality that leads to surprise and discovery. Instead, the idea that some people are black while others are white is taken as a natural reality. It seems true, of course, because of the variance in complexion and other physical attributes associated with environmental adaptations. Sub-Saharan Africans, for instance, tend to have dark skin. And Nordic peoples generally have pale skin. Nevertheless, the notion of racial categories involves a conceptual leap. On one level, the physical attribute of skin color and the notion of blackness/whiteness (the seeds of which could already be found in Western religious belief systems before racial groups were established) belong to entirely different categories. On another level, however, the two distinct categories are tied together by metaphorical tension created by their resemblance. Some people look “black” and others look “white,” so in this way people begin to appear to be innately connected to an idea. Consider the genius of this one innovation—race is arguably Europe’s most profitable technology.

The initial metaphorical leap that connected skin complexion to a notion of racial hierarchy has long been lost in the detritus left by centuries of colonial endeavors. For those who live out the positive side, the metaphor of race is dead. Then race can function as a stable and stabilizing platform onto which industries, communities, and institutions can be built. Clearly the plantations of the South rest upon the metaphor of race but so do Henry Ford’s assembly lines and Manhattan’s Wall Street and the nation’s railways and public schools and churches and police force and criminal justice system and medical practice and nearly every other social and economic development—each resting upon the stabilizing nature of race as a dead metaphor.

But those in the position of negotiating the negative side of the metaphor experience race metaphorically. Then race must constantly be managed when one walks into a convenience store or when one hails a cab or when one applies for a job or when one seeks a loan or when one does innumerable daily tasks. The results of this constant need to out-wit the active tyranny of a denigrating metaphor leads quite naturally to more metaphorical innovation—it’s the wondrous, shadowed backside of oppression.

Take jazz, for instance, which developed in these shadows. Certainly, the sophistication of jazz cannot be accounted for in the space of even a volume let alone the meager consideration I give it here. Nevertheless, it provides a superb example of the kind of metaphorical innovation nurtured within African American culture. Jazz emerges in a context where classical European music created a set of eight note scales, recorded notes on a staff, assigned regular time designations, as well as other conventions. And the practitioners of classical music positioned it as superior to the undocumented sorrow songs and field hollers created by the black people toiling as the least paid in the social caste system. But these workers were also musicians who understood that being seen as a slave or some how less than others was not the same as actually being a slave. As a result of this ancestral knowledge they came to develop among themselves a musical expression that metaphorically renders the complexities of their condition. Jazz required an unsurpassed level of musical accouterment and skill because of the nuance, which is part and parcel of the principles developed by every day black people. So by the early decades of the twentieth century Jazz musicians had chops enough to engage music like others engaged conversation. The folk then measured a musician’s chops by his ability to improvise based upon factors at work in real time. What skill could be of greater value for a people who were under constant surveillance? Looking at it from the vantage of the 21st century jazz is an obvious and celebrated form, but jazz is just one expression born of the African American cradle of metaphorical innovation. Being black in the cauldron of America is to be subject to eruptions of funk.

Dr. Valerie Sweeney Prince is an Associate Professor of English at Allegheny College and author of Burnin' Down the House: Home in African American Literature


This post first appeared on Free Black Space, please read the originial post: here
People also like
Butcher House, St. Petersburg
Why Are CBD Capsules Trending in the USA?
A Furry’s Guide to Cryptocurrency
Short Happiness Quotes From Famous and Unknown People
“The Friend Who May Not Seem a Friend”: The Cat and the Fire, Part 1 of 3
Office Life – Preview – 2
A-Reece – The 5 Year Plan ft. Wordz
How Do Bed Bugs Reproduce?

reMIX: Race is a Dead Metaphor by Valerie Sweeney Prince