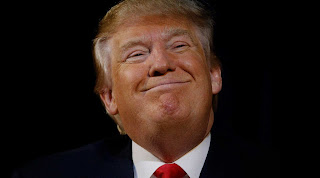 The Free Black space response to TaNehisi Coates' "The Case for Reparations" published a little over two years ago in The Atlantic discussed African American activist writing as a form of intellectual entertainment. At the time the analysis seemed inherently pessimistic. We were then mid way through the second term of the first African American President and the coming of Coates seemed to make the glow of history shine brighter. To Coates' credit a significant portion of the population seemed to be considering reparations for African Americans. Maybe, just maybe, we would get them.

Prior to the Coates article, reparations for me had seemed to be more of a dashiki wearing nationalist with an African medallion around their neck saying Hotep; and too my knowledge had never been published or promoted by anyone except other Blacks. Part of the Coates moment was The Atlantic endorsement, promotion, and publication. What a fine piece of journalism. It was as though reparations had finally made its way into the public conversation and we welcomed the charge.

But intellectualism and the conversation are a spectator sport for most of us. We were locked out at the beginning, and now the gatekeepers have arrived dangling the keys in front of us. Reparations was not new, but the audience seemed to be. It was like a new movie or one of the fantastic tours of a celebrity. Everybody was talking about it, as though reparations was a version of Kevin Hart, Ice Cube,and Tyler Perry. It seemed reparations, and by association Coates, had entered a secret door where ideas and the shit niggers say on the street if refined properly could influence and change the world. The cleverness of the approach was its for the sake of argument posture refined to standards a rather prominent magazine like The Atlantic would accept.

Free Black Space called it intellectual entertainment to suggest that the beauty of the argument made the whole experience rather enjoyable, but may not have much to do with anything. It's a hard position, given Free Black Space obviously wants reparations.

But Free Black Space has always had the idea. Shit, I'm sure we had it before forty acres and a mule. We'll call it I'ma-get-what's-mines-somebody ideology, which coming out of the slaves in the field seems to be an unprovable intellectualism in the empire that has always existed. In recent generations that idea has always seemed tinged with African American originality, activism, resistance, many imagine as impractical extremism. You can YouTube Sekou Sundiata doing his poem "Bring on the Reparations" on Def Poetry Jam many years back. As always Sundiata is doused in free black space and free black speech. His poem was for the black audience, but Coates' piece was different. The crux of the pivot was Coates' brilliance and writing ability applied to what others may have known, but could not explain. It was a flash of American brilliance. His refinement of the idea into a perfected and legitimate argument with the assistance of The Atlantic, seemed to legitimize him and the idea. In short time we realized we were a witness to the coming of a literary giant of our generation.

We African American writers are a tiny club out of the larger population, who had no choice but to watch and congratulate. Yet, the Free Black response tried to get at the questions of trajectory. Reparations as pure argument is as much product as leverage in the empire of ideas operating within the limits of the white imagination. Coates' dedication to craft and the tropes of the difficult journey towards truth bolstered the argument in the eyes of a white liberal establishment; and to make matters less complicated, there was no Trump-no real organized counterpoint suggesting intellectualism didn't really matter in certain situations. We didn't think about a racist response to perfect argument or consider the fact that many matters of race are simply not knowing.

It seems now Trump reminds us that much of what we battle with under the guise of intellectualism is not intellectual at all, but instead guttural, anti, and outside the realm of the conversation. Trump voters are not in the conversation and they are well capable of influencing the presidency. The statement is now reality and beyond idea.

Yet it seems, as Coates launched his majestic career and entered the realm of super writer, the right was strategizing and envisioning a White House where the mere mention of reparations could be laughed about over high-end whiskey in a cloud of cigar smoke with certainty in exact inverse proportion to our hope. In some ways at that moment, we may have imagined Trump to be as impossible as reparations.

The naïveté comes back to the question of intellectual entertainment. The pure argument craft position imagines an America that has never really existed by suggesting it is pure argument and that refined ideas that have shaped the course of the nation. At its root the position articulates an American mythology that contrasts with the larger arc of African American history. In many ways the inner workings can be likened to the simplicity of a slogan to make America great again. The black writer who encodes such messages in their writing performs blackness better than anyone. Implicit in their image is the transcendence of race via the empire's apparatus. More than anything they say the empire works and refines consciousness. It is the Negro-first trope entering the Twenty First Century.

But the age of first is over. It is a trope in the white imagination.

Trump seems much more important because his ideas suggest a significant portion of white America listens too and are influenced by something else. A black intellectualism that effectively manages power will have to figure out how to speak to Trump supporters, otherwise we are the most divided country ever. Pure argument, tinged with the Coates activism not activist is read simply as disgruntled: I am getting rich talking bad about America. Indeed, there are few countries in the world where this can be accomplished. One simplistic but helpful way to read Coates, is as him receiving reparations for his family by talking about reparations. No doubt Trump's American vote is disgusted by the notion of an entertainment that generates wealth at the expense of the country's image. There are other concerns, but the Black Lives Matter moment, the riots, and the ascendancy of Coates affect Trump supporters in a way that is almost inverse of those of us amazed by his brilliance. If we imagine this is not the case the vote should clarify it for us.

All is not lost. In the end everything is a question of tactics. Pure argument and intellectual entertainment seems far more personal than tactical. We should begin to imagine what image our writing casts. Coates has repeatedly stated he is not concerned with such matters. It is a strange luxury I don't believe though it maybe true. But I do know this, his chances are good of protecting his wealth and his son under a Trump presidency, and the chances of the black nation getting reparations has decreased dramatically for the next decade or so at the least. The point here is the image. Imagine what most Trump supporters think of reparations and Between the World and Me.

Here at Free Black Space we analyzed intellectual entertainment but assumed we had the luxury. Our analysis was sound but not deep and far reaching enough. In retrospect something as simple as the lauding of a writer who wrote an article about reparations and published it to national acclaim in the final two years of the first African American President's terms seems to be an image worth a couple of million votes if used correctly as a means for organizing voters.

Pure argument speaks only to a certain American audience. If we want reparations or to survive in Trump's America we must consider how to speak and communicate with those who have little interest in such. They matter because the election tells me so.


This post first appeared on Free Black Space, please read the originial post: here
People also like
Top Things to Do in San Francisco, California
3 reasons why Casemiro is a smart signing for Manchester United
What’s the Zone of Silence?