10 thoughts on music and holidays 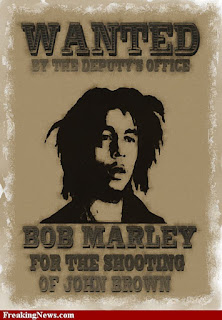 1.
Music is a puppet master and I a marionette. Music pulls the strings and I dance. It tugs my heart and I cry. It lifts me or lays me down. If it whispers, I speak softly. If it yells, then I holler. When I was a child, this quality about music unsettled me. I imagined that I was more than Pinocchio in need of a Blue Fairy. I was a real girl, born of flesh and blood with free will. But my father’s album spinning a lament on the turntable over Brandy’s absence always cast a blue veil over my mood. I learned the words without trying to learn them. I can still sing along.

2.
With so much of the house given over to mother—her kitchen we needed to clean, her sofa we couldn’t flop on, her decorative hand towels we couldn’t use, her walls we shouldn’t fingerprint—the music belonged to Pop. Don’t get me wrong. We weren’t allowed to play his albums either. Although his turntable was off limits, the music still managed to reach us. Sam Cooke, The Temptations, Aretha Franklin, Lionel Ritchie, Lou Rawls, The Commodores, Diana Ross, The Four Tops, Luther Van Dross, Randy Crawford, Bob Marley. The albums were stacked between the armchair and speakers because the cabinet could not contain them. I would hang out on the carpeted floor, flipping through the stacks. Even when it wasn’t playing, it was present.

Pop’s music had an actual place in the house. My mother had music, too. But hers came through the radio on Sunday mornings—WHUR 96.3 Howard University radio. They still playing the same songs they were playing 35 years ago. Gospel dirges about mountains and how hard it is to climb them.

4.
Instead of gathering to eat ourselves into poor health every fourth Thursday of November, I propose that we gather around speakers and listen to Bob Marley.

5.
My nephew fixed a plate that could have easily fed three people. It was Thanksgiving and the family had gathered in the name of food. These days, I am fairly mortified by the excesses of the holidays—Thanksgiving and Christmas, in particular, but other rites too, like birthdays and cook outs, where we consume too much of everything. It is like being in a horror film watching someone forced to eat himself to death. But my father responded in the way that he is prone to responding these days—with excessive praise. After my nephew ate all of that food like he was competing in a hot dog eating contest, my father declared his pride. The diabetic installing his heir on the throne.

The real deal is those people who are not at the table this year. They didn’t die. They are just not able for one reason or another to join us. We were family. Are family. We fill our mouths with food rather than with the words we dare not say. Tradition filling the voids.

What would we say if we weren’t busy stuffing ourselves like turkeys?

Maybe that is the purpose of rites. For African Americans to adopt a holiday like Thanksgiving in some ways is absurd. Given our history in this country, we should refuse on principle. Maybe the adoption of such rituals undermines our ability to say or do anything that matters. The nation celebrated Thanksgiving in 2016 while turning its back on indigenous peoples at Standing Rock fighting to protect water and the sanctity of their lands. For most of us, North Dakota seems far away. Like the family no longer at the table. Like what really needs to be said or done.

6.
Turkey necks and gizzards cook best in a slow cooker. The neck meat comes out tender and pulls easily from the bone. The gizzards are more tender, too. My cousin Joanne tells me that in Atlanta they cook neck bone spaghetti. We only cook turkey necks and gizzards when we’re making holiday gravy. (Which is really more meat than gravy.) Then too, we only bake turkey with cornbread stuffing a few times a year. Some things vary—sometimes ham and potato salad, sometimes green beans, sometimes pound cake, sometimes apple pie, sometimes a bunch of things but always candied sweets, macaroni and cheese, greens, carrot soufflé, yeast rolls, and sweet potato pie. Our family believes that holidays are for cooking enough food for at least 16 people to spend three straight days eating themselves into a stupor.

7.
Thanksgiving is a great idea; I guess that’s why it works. The nation pauses to give thanks for the blessings of nourishment that sustained the early founders. We should have an occasion wherein we recognize the generosity of the indigenous peoples who hosted the settlers at a great feast during their time of desperate need. Whether or not that feast is a historical fiction seems of little importance in the face of the clear evidence that somehow the ill-equipped immigrants survived and built a powerful nation. Nevermind the contradictions embodied by the slaughter of buffalo and by the forced labor of my enslaved ancestors and by the treachery represented by the trail of tears and so forth and so on.

It’s time for us to revisit the rite and remind ourselves of its import. The idea of gratitude is easier to convey than the practice of it. And is a meal that is relatively easily obtained by shopping in grocery stores or visiting from house to house the best way to convey it?

Rituals are undone one surly individual at a time.

8.
We should have a holiday when we gather to listen to “I Shot the Sheriff” on loop for hours, contemplating the messages of a man who sang that and “Redemption Song” while exhorting that “every little t’ing is gonna be alright”.

9.
I’d like to imagine that music doesn’t lead to the slow death brought on by our traditional food. Soul food. But that would be naïve. Prince. Michael Jackson. Whitney Houston. Heavy D. Tupak. Biggie. Marvin Gaye. Bob Marley. Jimi Hendrix. Sam Cooke. Billie Holiday. There is a long list of young and sudden death associated with the best of our music. Soul music = soul food.

And we eat the music like we eat the food—without consciousness or concern for our hearts. Clearly it can’t take the pressure of the increased pulse, the driving rhythms spun from the madness and mayhem of daily toil into thread that enwrap our limbs. Maybe making music out of madness is too hard on a body.

Have you ever really listened to “I Shot the Sheriff”? Marley’s confession is my confession. The Man kept decimating my garden and then took aim at me. I don’t have any idea what happened to that other man who worked for him, but I had to kill The Man to save myself. And if I am guilty I will pay. But that’s a big if. Given what he’s done.

It’s not mere confession. It’s philosophy. One we need to pass on to our children like a recipe. We should have a day to express gratitude for Bob Marley.

10.
A cherished friend told me that as a young man he had been advised about jazz: you got to learn to love it. That’s wisdom.

It wasn’t hard to love my father’s music.

10 thoughts on music and holidays