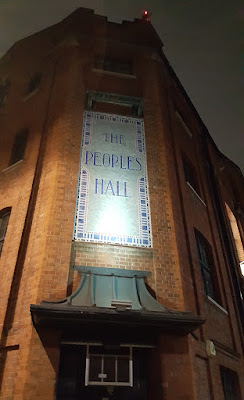 Overshadowed by the charred remains of Grenfell Tower (built in 1974 as part of the Lancaster West Estate), Freston Road runs close to Latymer Road Underground Station. During the early 1970s when tower blocks, such as the ill-fated Grenfell, were being built, Freston Road was a jumble of run-down, mostly vacant, Victorian dwellings.
Squatters moved into these empty houses in the early 1970s. When the Greater London Council (‘GLC’) wanted to redevelop the area that included Freston Road, all of the residents adopted the surname ‘Bramley’, so that the GLC would be faced with housing a very large family. When the Council threatened compulsory eviction at a meeting attended by more than 200 residents, the residents under threat declared that the area around Freston road should become an independent Republic, separate from the UK. Thus, was born the ‘The Republic of Frestonia’ in 1977.
The Republic, which applied for membership of both the UN and the European Economic Community, survived for several years. Life in the ‘Republic’ was recorded in photographs by the photographer Tony Sleep. An exhibition of his beautiful photographs of life in Frestonia opened this evening (11th October 2017) at the Frestonia Gallery at 2 Olaf Street, W11 4BE. It will continue until 10th of November. The gallery is housed within the Peoples Palace (built 1902), which is almost the only remaining building amongst those which existed during the lifetime of the Republic.
In addition to the wonderfully composed black and white photographs, there are also display cases containing documents relating to the Republic. These include contemporaneous press-cuttings, the application to the UN, and special postage stamps issued by the Republic. The exhibition is a worthy homage to a fascinating episode in London’s complex history. 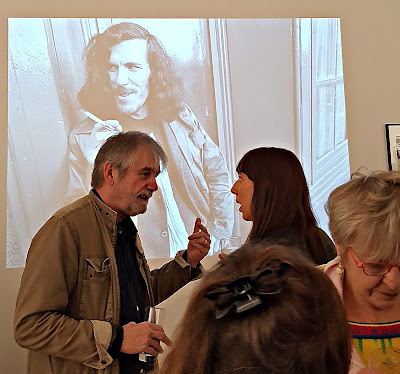 Tony Sleep with one of his photos projected behind him
The opening of the exhibition was a very special occasion. Not only was Tony Sleep present, but also some of the now ageing inhabitants the short-lived Republic.
This is an exhibition well worth visiting – not to be missed.
See also: https://londonadam.travellerspoint.com/32/
Now, it's time to read a book by ADAM YAMEY:
visit: http://www.adamyamey.com

Homemade No Churn Raspberry Ice Cream
Résumé Red Flags: Post-Pandemic
Into the valleys: an off-road cycle r…
How Does the Fortinet Firewall Work?
A Furry’s Guide to Cryptocurrency