The Lovely Bones by Alice Sebold

Today I will be reviewing a novel that I bought not too long ago (see here)...
The Lovely Bones by Alice Sebold! 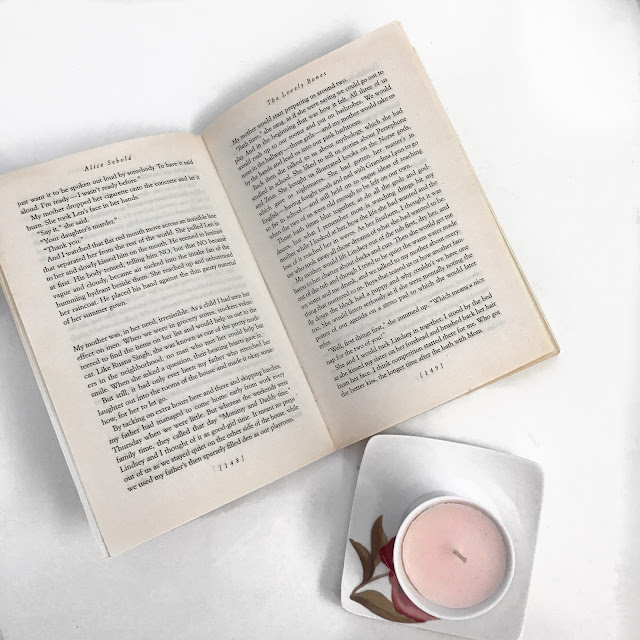 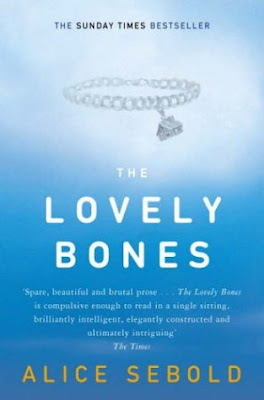 When we first meet 14-year-old Susie Salmon, she is already in heaven. This was before milk carton photos and public service announcements, she tells us; back in 1973, when Susie mysteriously disappeared, people still believed these things didn't happen.

BuzzFeed Editor, Lara Parker, Uses Ca…
Bigfoot Mystery Solved
The Ultimate Winter Bucket List Accor…
Little Net Big Net
How To Get From Lima To Cusco Peru {T…
In the sweet, untroubled voice of a precocious teenage girl, Susie relates the awful events of her death and her own adjustment to the strange new place she finds herself. It looks a lot like her school playground, with the good kind of swing sets.
With love, longing, and a growing understanding, Susie watches her family as they cope with their grief, her father embarks on a search for the killer, her sister undertakes a feat of amazing daring, her little brother builds a fort in her honor and begin the difficult process of healing. In the hands of a brilliant novelist, this story of seemingly unbearable tragedy is transformed into a suspenseful and touching story about family, memory, love, heaven, and living.
I first heard about this novel five years ago, when I was twelve years old and had just started High School! I remember we were in the library for an English class and as I was browsing through my school's selection of books, I came across The Lovely Bones. One of the girls in my class saw what I was holding and rushed over, explaining that they had read this novel and it was the scariest book they had ever come across. Even though the title, cover and blurb intrigued me, I was far too nervous to read a book that she said had shocked her to her core,  so I put it back down and didn't think about it ever again.
UNTIL, I was walking by a stand selling secondhand books at a local fete and saw it lying there. I knew that I owed it to my twelve year old self to buy it and read it.
Man, I was NOT disappointed.
You see, although the book does revolve around the murder of Susie Salmon, in reality, it is about the way that those in Susie's life react to her death and how they eventually grow and move on. The book is written from Susie's perspective, as she looks down on the world from her heaven (I love Sebold's idea that each person creates their own heaven after they die where things that they loved on Earth can be recreated up in the sky...it's a rather comforting concept). However, even though you do see it all through her eyes, Sebold writes this story in a way that effortlessly incorporates the thoughts and viewpoints of Susie's family and friends, as if you're reading from their point of view. I love how different it is to write about someone that has died, from the perspective of the person that has died! I personally haven't read a book from that standpoint before, so it was quite refreshing!
Sebold creates a variety of characters that all react differently to Susie's death and all have quite complex and interesting backstories themselves, which help shape and impact their response to the earth-shattering news that someone in their life has died. For example, this is A SPOILER, as the book progresses the reader learns that Susie's mother had essentially been depressed and had been wearing a mask as she tried to look like the perfect mother to her children and wife to her husband. Sebold links the mother's seemingly everlasting unhappiness to the way that she deals with the grief of losing a daughter (which causes her to leave). It's obvious that Alice Sebold carefully thought about each character in this story and how they would react to such devastation, because no two people acted the same way and their coping mechanisms truly did reflect their personalities. The one person I felt sorry for the most was Susie's father. Eventually, he became obsessed with his daughter's death and he tried so hard to catch the killer, as if he was trying to prove himself to Susie. So sad. 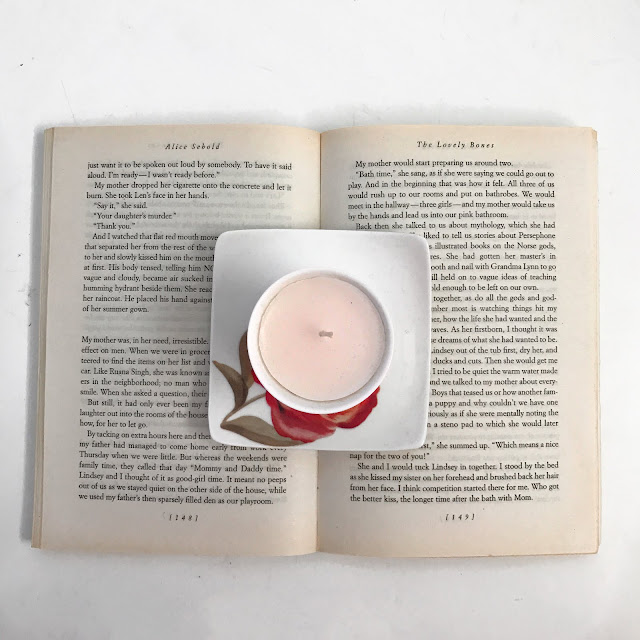 I'm going to try and not give much away (for those that haven't read this book), but I must talk about Mr. Harvey - talk about the perfect antagonist! He's the quintessential creepy neighbour who no one seems to know anything about and that everyone gets weird vibes from and because you know who he is from Susie's perspective, you simply HAVE TO HATE HIM...I mean, who wouldn't? However, Sebold does briefly write about Mr. Harvey's past, which appeals to your sense of empathy and while reading this book there was a part of me that tried to understand where he was coming from (but then I reminded myself that he was a horrible horrible horrible person and I went back to hating him).
Although it would seem that the saddest part of The Lovely Bones is having to see someone's family and friends go through the mourning process, but it actually isn't. What I thought was really tragic was that Susie watched everyone she knew - the boy that was her first kiss, her younger sister, even the last human she brushed past before she went to heaven - grow up and do all the things she missed out on. Susie should've been there with her friends graduating from High School, going to University, getting married and buying a house. If that was me, I think I'd be happy for everyone that I love, but there would be a part of me that would think...well, that should be me too.
Even though this book is magnificent, one thing I was a little annoyed about - SPOILER ALERT - was the ending. I really wanted to see an ending to the Lindsey vs. Mr. Harvey plot-line or have Susie's body found and Mr. Harvey getting convicted of the crime. I wish Susie's family, Ruana, Raj and everyone else in their town had the chance to see Mr. Harvey go to jail - but they never get that opportunity. In fact, he does get away. I mean, - SPOILER ALERT the fact he dies is still a great ending and in a way the story does come full circle, however the last few pages feel rushed to me.
Despite that, Sebold is a master storyteller and truly gives Susie a voice, which she uses to paint a picture and bring the story to life. With her words, you're able to develop all of the people in Susie's life - and all of their secrets - in your mind as you read.

RATING: 4 STARS
If you've read the book, want to read it, or had never heard of it until now, make sure to leave a comment telling me about your thoughts!
Thanks for everything, I hope you all had a wonderful Christmas (if you celebrate) and Happy New Year! I'm looking forward to 2017!
- Tyra xo

The Lovely Bones by Alice Sebold