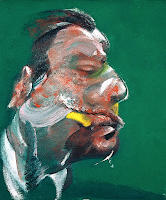 1) THERE THERE by Tommy Orange (Audio book) A stunning, rip-your-guts-out writer whose characters are not quite as resigned to the tragedy in their daily life as they seem to be. Raging, long-suffering characters in a stark, dark debut novel written with poetry and brutal objectivity. Beautifully interpreted by talented narrators. The audio version of a book is the most ethereal of all literary experiences and if not done well can diminish, even ruin it; the wrong tone can change the meaning of a serious, scholarly work or make characters unbearable. Whereas a good narrator can give a book additional facets and layers of life.

2) TOUS LES HOMMES N’HABITENT PAS LE MONDE DE LA MEME FAÇON by Jean-Paul Dubois, a French Goncourt-winning writer whose style is quite American in its crispness and clarity with an underlying French soulfulness. After growing up in France, the protagonist, the son of a preacher and a cinema-owning mother, visits Denmark then settles in Canada where he spends some time in jail and reviews his life.

3) AGENT RUNNING IN THE FIELD by John Le Carré. I loved this not quite return to the classic spy novel but a sort of modern cross between The Tailor of Panama and The Looking Glass War. A tad far-fetched but very enjoyable. He can create a character in one sentence, a mood with a word. The master.

4) L’ETRANGER by Albert Camus. (Audio book, read by wonderfully bi-lingual actor Michel Lonsdale) Listening to this famous book first read in Paris, I rediscovered the feelings evoked by Camus that had remained with me all these years: the protagonist’s islolation, loneliness, alienation and the Algerian beach. That a writer can rekindle the same feelings decades later is why he won the Nobel Prize, no doubt.

5) EDUCATED by Tara Westover. Here is a natural-born writer who wrested herself from a dangerous and destructive family to get a Cambridge education and a new life with the help of a Bill Gates scholarship. Clear, objective writing devoid of sentimentality makes for smooth, easy reading of a hard subject. An exceptional and inspiring woman.

6) L’HERBE DES NUITS and SOUVENIRS DORMANTS Audio books written by Nobel Prize winning Patrick Modiano. The male protagonist meets a mysterious young woman, goes for long walks with her in Montparnasse or Montmarte or other quartiers of Paris. She shoots someone but is never arrested. Basically all three of his books I read are variations on this story. He is known for writing the same book over and over, satifying to him, perhaps, not so much to the reader. I did love the walks through familiar streets and mentions of real Parisian addresses.

9) WAITING by Ha Jin (Pulitzer). I love how different Chinese literature is from Western literature. This author makes you wait then slowly brings the point of his story into focus, like a fish rising from the deep. Very satisfying.

10) L’AMIE PRODIGIEUSE (Tome 1), Elena Ferrante (Translated from the Italian by Elsa Damien)  Wonderful writer who describes her endearing characters in actions and arouses your emotions with words written and unwritten.

10) CIRCE by Madeline Miller who skillfully brings gods and goddesses to life and has cleverly made a franchise of mythology. (Audio book)

11) LE CONTE DE MONTE-CRISTO (6 hefty tomes), Alexandre Dumas. I read this in English as a kid and loved it but enoyed it so much more now that I know the cities, streets and places, I’ve  seen Marseille and lived in Paris and even been to his famous address on the Champs-Elysées and who doesn’t love a satisfying tale of revenge and living well?