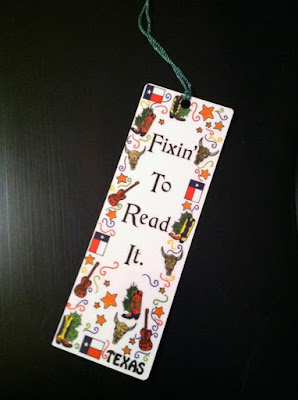 Ongoing Exhibits:
Fact, Fiction, and the New World: The Role of Books in the Making of America (a Humanities Texas Exhibition), Keene, January 29-February 23

Murder By the Book, Lisa Gardner will sign and discuss her new novel, Look For Me, 6:30PM

Austin
B&N - Lakeline, The Dream of You: Let Go of Broken Identities and Live the Life You Were Made For book signing with Jo Saxton, 10AM

BookPeople, Author Guest Story Time: Ben Clanton reading It Came in the Mail and Narwhal: Unicorn of the Sea, 10:30AM
BookPeople, ALEX BERENSON speaking and signing The Deceivers and DON M. PATTERSON speaking and signing Sierra Blanca, 2PM
BookWoman, Unadoptable Joy: A Reading with J.L. Wright, 5:30PM
St. Edward's University, Writers' League of Texas workshop: "Write Before You Write: Steps to Take Before You Draft" with Jennifer Ziegler, 10AM

Murder By the Book, Jaime Questell will sign and discuss her debut novel, By a Charm and a Curse, 4:30PM

BookPeople, BOX BROWN speaking and signing Is This Guy For Real?, 5PM