Introduction: A Look at Nervous Conditions by Tsitsi Dangarembga 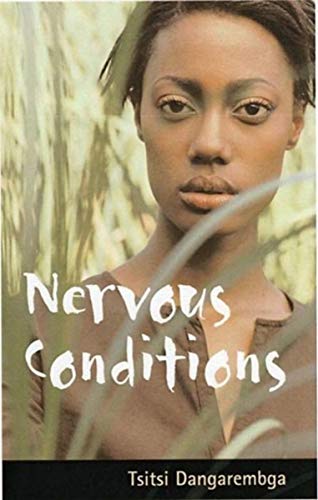 I often profile Blacks, who have made significant contributions to the world, many of whom are unsung heroes and heroines. I have also reviewed books written by African Americans.

This year, I am starting out with my thoughts on Nervous Conditions by Tsitsi Dangarembga, a book I read for Month One of the Strategic Reading Challenge a few years ago. 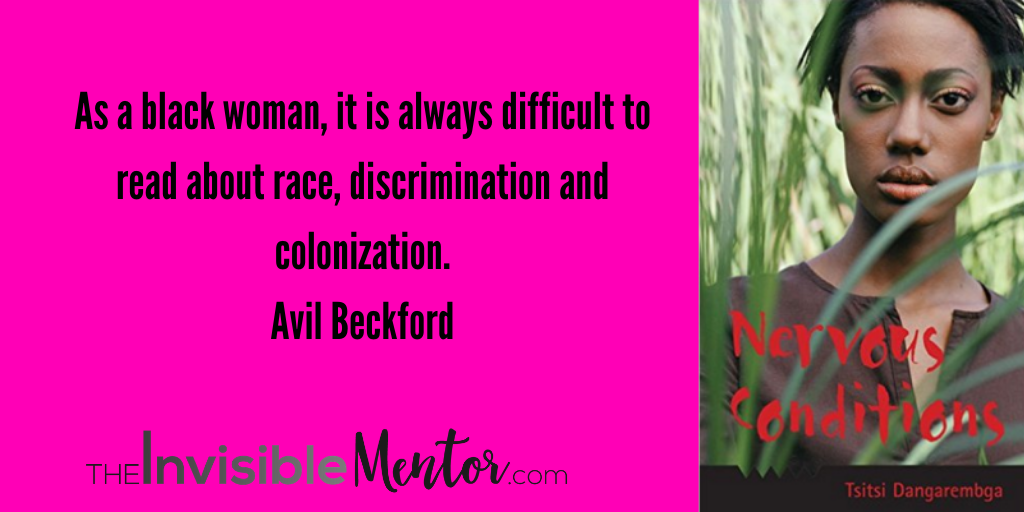 As a black woman, it is always difficult to read about race, discrimination and colonization. Set in Rhodesia – now Zimbabwe – Nervous Conditions is a coming of age story that the main character, Tambudzai, narrates.  The basis for the title of Nervous Conditions is, “The status of ‘native’ is a nervous condition,” Jean-Paul Sartre’s 1961 Preface to Frantz Fanon’s “Wretched of the Earth

The story has a powerful start, where Tambu states that she is not sorry about her brother’s death. When the reader hears that, he or she immediately wants to know why she feels that way. What did her brother do to her, for her to have such a strong reaction to his death? Having a brother who died suddenly while on vacation, and struggling to unpack my feelings, made me take note of the beginning of the story.

Before I write more about Nervous Conditions, having grown up in a patriarchal society, my story is very different from Tambu’s because the strong females in my family protected me. My story is also different because in Jamaica, there was never an issue around me getting an education. Because of that, I sometimes had very strong and negative reactions to some of the characters in Nervous Conditions by Tsitsi Dangarembga.

What is Nervous Conditions by Tsitsi Dangarembga About?

First published in 1988, Nervous Conditions by Tsitsi Dangarembga, feels very personal because Tambu speaks directly to the reader. So you are right there going through her experiences with her. In the society in which she grows up, femaleness is inferior to maleness. It is a society where women’s voices are not heard or weighed equally as men. Her community, and her family, doesn’t believe that Tambu deserves an education because she is a girl. They believe that they will not benefit from educating her because she will soon marry. And it’s the husband, who will benefit.

Tambu decides to try to pave her own way to get an education. So she plants maize, doing everything she can to nurture her crop, so she gets a good harvest. But her crops start disappearing. She discovers that her brother, Nhamo, has been harvesting her crop and giving it away. Could you like someone like that, who is sabotaging your efforts to better yourself? Nhamo is lazy, ashamed of family, and feels superior. And the family allows him to be that way.

Uncle Babamkuru provides the opportunity for Nhamo to get a solid education at a missionary school. He dies when he is 13 years old, so the opportunity passes on to Tambu. But she subsequently learns that the opportunity to get an education comes with a price. Uncle Babamkuru is well-respected because he studied abroad in the United Kingdom. When Tambu goes to live with her uncle, she realizes that he is wealthier than she thought.

The reader later learns that he takes his wife, Maiguru’s salary and uses it how he sees fit. Although Maiguru has a Master’s degree, she too suffers under the system of colonial and patriarchal power. This is part of the gender and colonialism themes in Nervous Conditions, where women characters are oppressed because of their gender. And the colonial influences are very visible.

Nyasha, Tambu’s cousin was changed while living in the United Kingdom, where her parents studied. She speaks English and can no longer speak Shona, the Rhodesian language. Her classmates reject her, leaving her isolated. The cousin also has very strong opinions on the oppressive environment she finds herself in. Uncle Babamkuru is frustrated that he cannot control his daughter.

She finds herself trapped in “No Man’s Land,” and ultimately suffers from anorexia. I can relate to Nyasha because it took me 12 years to return to Jamaica after I had left, and I felt uncomfortable when I returned because I had changed so much – I didn’t feel like I belonged there. When I left Jamaica, I went to study in Calgary, Alberta, Canada, where I was often the only black person in my class. The city is a lot more diverse today, than it was in the 80s. But it will never be as diverse as Toronto.

Tambu makes the most of the opportunity to get an education. And at the end of the term, she takes an entrance test to study at a well-known missionary school. She passes the test and is offered a scholarship to attend the school. At the new school, it’s new experiences for Tambu. And a lot of cultural changes. In the midst of this turmoil, she focuses on her studies, although she is nervous about the cultural situation she finds herself in. It’s not simply a scholarship, she is confronted with colonialism. 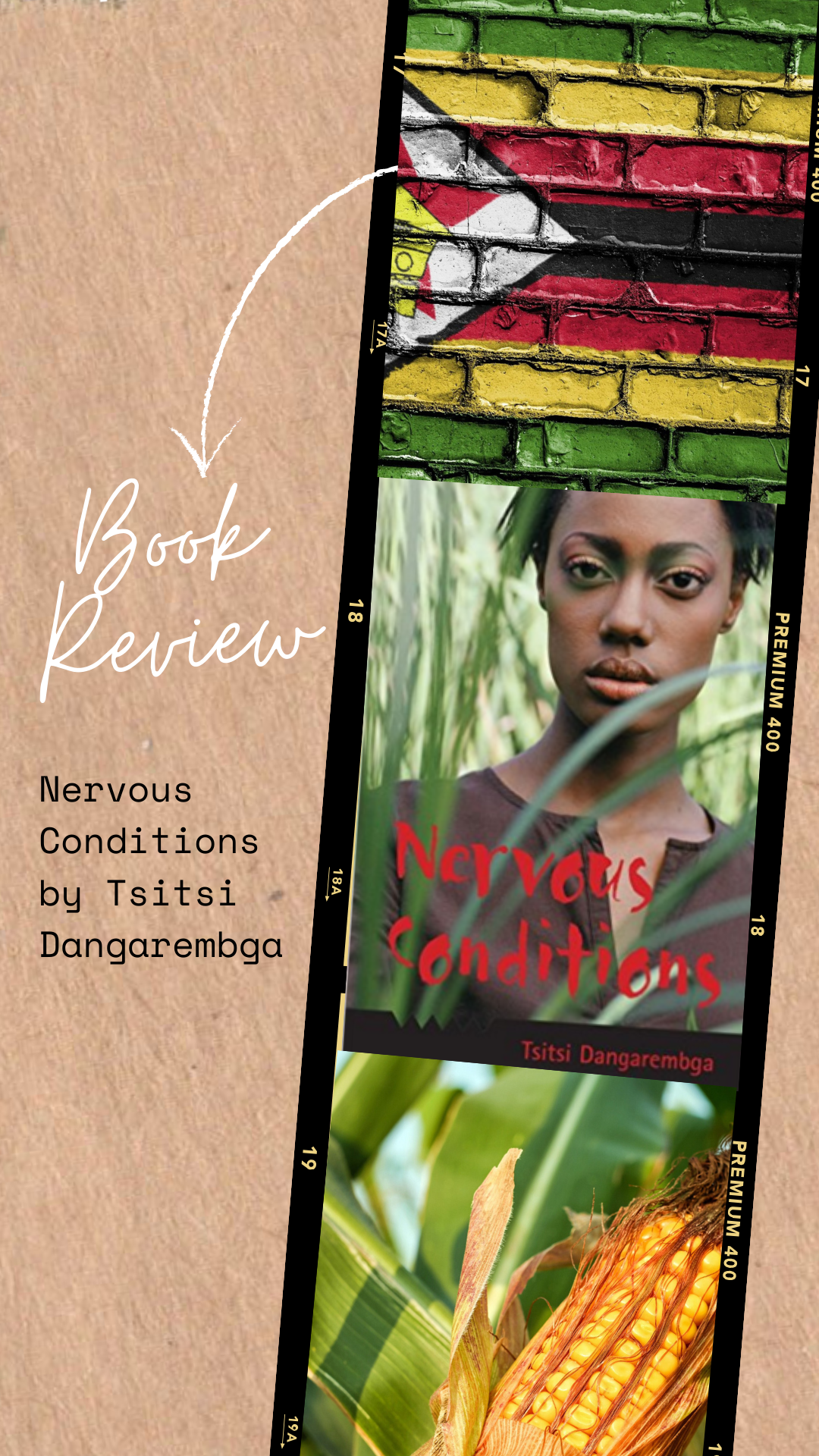 by Tsitsi Dangarembga are worth telling because we get the opportunity to travel a mile in another person’s shoes. The book is a difficult to read because it deals with topics that many would prefer to sweep under the table, so to speak.

Season of Migration to the North by Tayeb Salih

The Book of Not

This Mournable Body: A Novel

A Grain of Wheat

The Joys of Motherhood: A Novel

Waiting for the Barbarians: A Novel