Review – The Art of War by Sun Tzu

Introduction: Is The Art of War still relevant today? 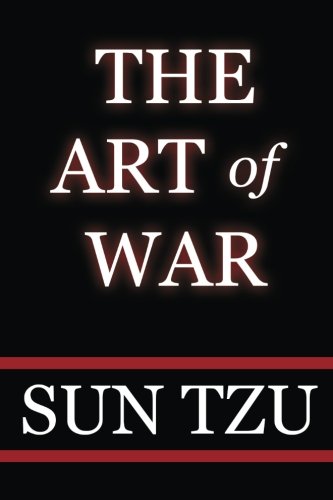 The Art Of War

Whenever I read classics such as The Art of War, The Way of the Samurai and The Book of Five Rings, I always look for metaphors to make the text relevant for today. I often use competition as a metaphor for war.

I asked the question “Is The Art of War still relevant today?” And I think it still has some relevance today. I have read The Art of War twice, and the second time I got far more from it than I did the first time. Whenever I read for information or the further my knowledge, I try to place the book’s text in my world, to determine what ideas I can extract and apply. There are lots of nuggets that I can apply to leadership and business. But, there is also lots of information in The Art of War that I would discard today. And that’s okay for you to do that, because it shows that you have a discriminating mind. In The Art of War, Sun Tzu says that there are five constant factors that you have to consider when you are planning your military strategy.

When determining military conditions, objectively and honestly, compare your “enemy” to “yourself” because this can often decide success or failure; victory or defeat.

Seven Things to Consider That Determines Victory or Defeat

Which of the two sovereigns is imbued with the Moral Law (as defined above)?

No one ever benefits from a lengthy war and the object should be victory, not lengthy campaigns, says Sun Tzu. There are however five essential for victory.

Five Dangers That May Affect a General

Great Ideas from The Art of War

During and after reading The Art of War by Sun Tzu, I realized that a lot of wisdom he shares can be used in many different contexts, and some can be applied to business. I recommend The Art of War, but I suggest that while you are reading it, do not think of the book as one about military strategy, but a metaphor for something that’s relevant in your world, whatever that might be.

The Art Of War

The Art of War (AmazonClassics Edition)

The Book of Five Rings: The Original Edition

The Book of Five Rings

The Book of Five Rings: A Classic Text on the Japanese Way of the Sword

The post Review – The Art of War by Sun Tzu appeared first on The Invisible Mentor.

Review – The Art of War by Sun Tzu