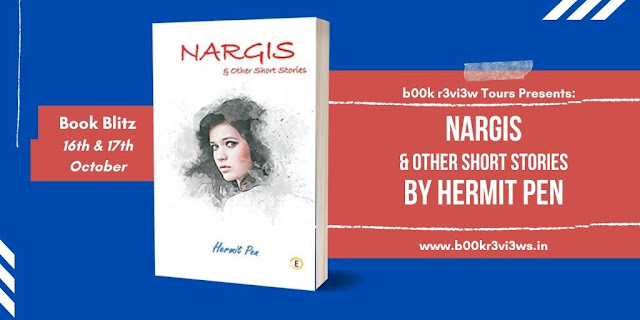 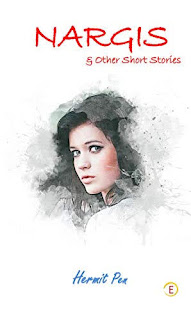 The book is a collection of 8 short Stories, each unique and different from others, covering various facets of life, inspired by real-life characters and incidents.

The stories also attempt to illustrate the pain and wounds of contemporary political issues like lynching, conflicts, refugees, etc.

All the characters seem very familiar and we can easily relate to them.

Read an Excerpt from Nargis & Other Short Stories

It is 2030 and most of the water on earth is polluted.

In the beginning, it was industrial pollution that rendered most of the water beyond human usage, and then the water wars that followed resulted in the extensive use of chemical and biological weapons, which further left the remaining water sources toxic.

In less than 10 years, water had become the currency, and owners of non-toxic water source the new age kings, with their own militias, protecting their wells and supply chain.

Water trading was the most lucrative business now.

Namita had stopped thinking about resistance or confrontation long back. Domestic abuse and sometimes physical abuse had become part of life for her. She had accepted it. It was no secret either. Most people around her knew. It’s difficult to hide the scars, especially the physical ones.

Since that fateful day, he had wished for only two things. To meet the family of the boy he had killed and the people who had killed his brother.

He couldn't make up his mind as to what will give him the closure he needed.

The atonement of his sin or revenge. Guilt and vengeance had been consuming him.

All she could manage was “Why are you good to me Shoeb? Why do you still stick around when everyone else has given up on me, and now you brought my child to me”.

Neha could not control anymore, tears started rolling down her cheeks.

Shoeb softly spoke almost in a whisper to Neha “We have taken him out of the shelter and legally adopted him. We will raise him as our own now”

He had plans of getting married next year. An Arranged Marriage. His parents in Hyderabad had already selected the bride for him. He knew nothing about the girl and was not interested to know either. He believed that arranged marriage will ensure that his parents will be taken care of in their old age, which was his prime responsibility, being the only son, as has been repeatedly hammered into his head, by the society, since childhood.

The night was beautiful, a bit cold though to be sitting in the balcony in only a t-shirt, this had been her ritual, night after night.

The silence at this time of the night is addictive. It calms the volatile souls and tames the inner demons.

Finally, she read out Waheed’s post aloud “I respectfully decline The Smith Award, which is considered no less than Noble prize, awarded to me for my thesis “Impact of Social Media on the Psyche of Celebrities”, due to the sad and unfortunate demise of a subject during the course of an experiment.”

Qasim, on the other hand, was sad, very sad. He had this foreboding that his days on his homeland were numbered and he won’t be able to return, ever.

This was the home of his ancestors. Their graves were here. His father used to tell him that for centuries his family had lived in this town. 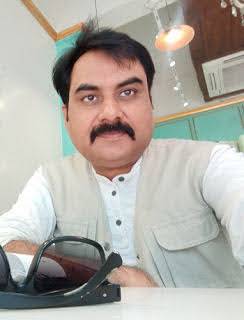 The author Mr. Hermit Pen is a regular contributor to short stories and articles for various anthologies, magazines, and own blog.

Mr. Hermit Pen is a Business Consultant by profession with a degree in Engineering and an MBA. He is well-traveled, having spent half of his life outside India; he is presently based in Gurgaon, India.

He is a movie buff, music connoisseur, and a cricket fanatic.  He also closely follows politics and current affairs. He is a vocal advocate of education, human rights, and equality, and he occasionally dabble in social activism.

At the cusp of reinventing himself once again, Mr. Hermit Pen with all humility showcases his debut book, Nargis.

You are invited to the Inlinkz link party!