I RECENTLY had the pleasure of appearing with the multi-talented young actress Zooey Deschanel in a fascinating episode of Who Do You Think You Are?—which has been airing this summer on The Learning Channel (TLC). 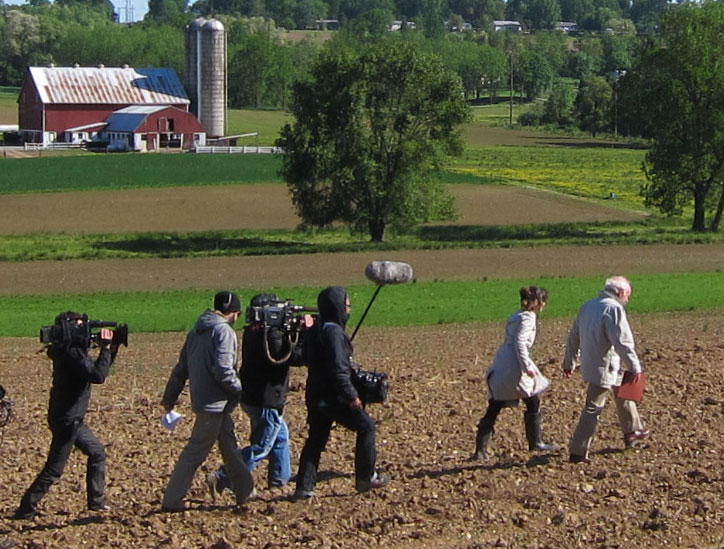 Fergus with Zooey Deschanel shooting an episode of Who Do You Think You Are? for The Learning Channel.

Each episode of this extremely well-researched and entertaining show delves into the ancestry of a celebrity, and the history of the periods in which his or her forbears lived, usually with surprising results. Zooey discovered that she was directly descended from a Quaker who was active in the Underground Railroad, and played a central role in one of the most dramatic events of the pre-Civil-War era, the so-called Christiana Riot of 1851. In this violent episode, which is also known as the Christiana Resistance, defiant African-Americans drove off a posse of slave hunters and federal lawmen who were attempting to recapture two fugitive slaves who had been living peacefully for years in a quiet Pennsylvania hamlet. During the fight, slave owner Edward Gorsuch was killed, and other members of posse fled. Scores of African Americans were later charged with treason for daring to resist the Fugitive Slave Law, the largest treason indictment in American history. Thanks to the courage and quick thinking of Zooey’s ancestor, however, the leaders of the black resistance managed to escape to Canada.

I was asked to participate in the production as an expert on the Underground Railroad, based on my book Bound for Canaan, which includes an account of the events at Christiana. 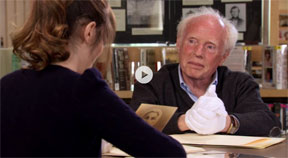 Fergus tells Zooey Deschanel about the role her ancestor played in the Underground Railroad.

We filmed on an unseasonably frigid day in Lancaster County, just a few miles north of the Maryland state line. Zooey, who was both charming to meet in person and much better dressed for the cold than I was, was learning about her family’s connection to these events for the first time as we talked and walked across the site of the confrontation. Although all traces of the house that once stood at the center of the battle have disappeared, the surrounding landscape remains almost completely unchanged after more than a century and a half. It was easy for us to evoke the sights and sounds of a collision between antislavery and proslavery Americans that was once as famous as John Brown’s raid.