What a way to be greeting my birthday tomorrow.

Having risen at 4.44pm GMT tonight (10th February) only to set again at 7.30am GMT Saturday morning before rising again at 5.56pm GMT on Saturday evening (please remember that because the lunar month is on average 29 days long the dates will vary each year), yes, I shall be celebrating my birthday not just under any full Moon but under a full moon known as a Snow Moon. 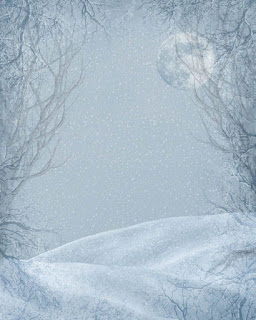 Dating back to the times when the Native Americans named each of the full moons in order to keep track of the seasons, February's full moon is known as Snow or Hunger Moon as it is very often the month to see the most snow making hunting harder due to the inclement weather conditions.

But that's not all.

Doubly blessed with a second celestial event visible in the UK over my birthday (not that tonight's moon will look unusual as unlike several of the other moons it is not a scientific phenomena ...

But what of the other months?

According to the Native Americans ...

Copyright: Tracy Terry @ Pen and Paper. All original content is created by the website owner, including but not limited to text, design, code, images, photographs and videos are considered to be the Intellectual Property of the website owner, whether copyrighted or not, and are protected by DMCA Protection Services using the Digital Millennium Copyright Act Title 17 Chapter 512 (c)(3). Reproduction or re-publication of this content is prohibited without permission.


This post first appeared on Pen And Paper, please read the originial post: here
People also like
Most popular jewellery this Christmas - 2020 edition
Best Slots You Can Play at Online Casinos
Karen Wiesner: The Stories Behind Classic Fairy Tales (Woodcutter's Grim Series), Part 3
EASY DIY Nutella Edible Playdough
Video Premiere ‘Tax Man’ Damon Fowler
A Furry’s Guide to Cryptocurrency
Ocean Currents Like Earth Could Be on Enceladus Too: New Analysis
“The Friend Who May Not Seem a Friend” – The Cat and the Fire, Post 2 of 3
Six Effective Tips to Step Up Your Company’s Creative Marketing Game
Bogobiri House Ikoyi Lagos: Fun things to do and know