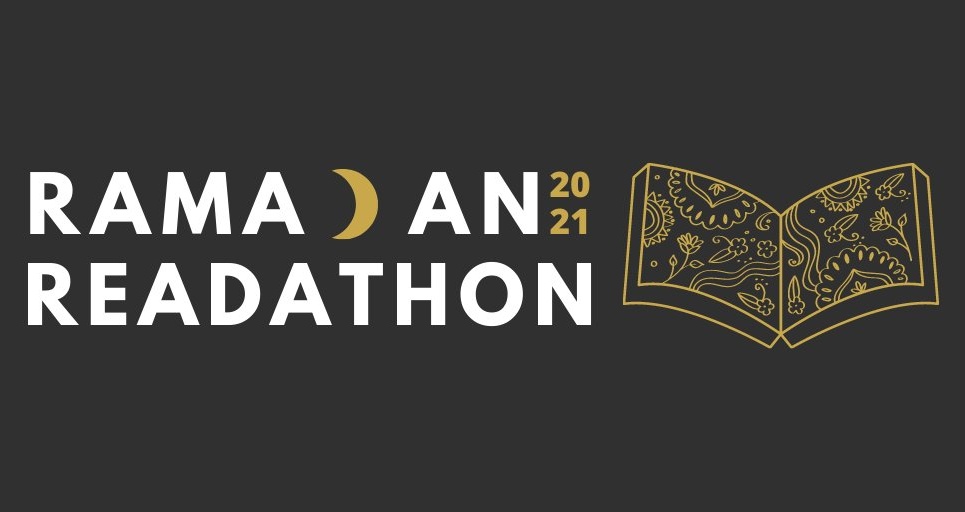 Titles marked with an asterisk (*) were gifted to me by the publisher in exchange for an honest review.

The Ramadan Readathon, hosted by Nadia of Headscarves and Hardbacks, is back again in 2021 for it's fourth year! It's a reading challenge focused on reading books by Muslim authors held each year during the month of Ramadan, to celebrate and support those authors, and to help diversify our reading. This year's Ramadan Readathon will be held Monday 12th April - Wednesday 12th May.

Here is my TBR for this year's readathon. I am on a massive, massive fantasy kick at the moment, so my TBR features mostly high fantasy novels. There are a couple of high fantasy titles on here that I don't yet have that I'm hoping to buy for the readathon, because I need to read more Sabaa Tahir, and already the sequel to Thorn by Intisar Khanani, which I'm currently reading and not yet 20% in to - a pretty good sign. On to my TBR! 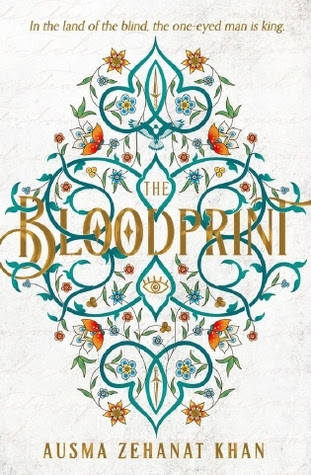 The Bloodprint by Ausma Zehanat Khan

A dark power called the Talisman has risen in the land, born of ignorance and persecution. Led by a man known only known as the One-eyed Preacher, it is a cruel and terrifying movement bent on world domination—a superstitious patriarchy that suppresses knowledge and subjugates women. And it is growing.

But there are those who fight the Talisman's spread, including the Companions of Hira, a diverse group of influential women whose power derives from the Claim—the magic inherent in the words of a sacred scripture. Foremost among them is Arian and her apprentice, Sinnia, skilled warriors who are knowledgeable in the Claim. This daring pair have long stalked Talisman slave-chains, searching for clues and weapons to help them battle their enemy’s oppressive ways. Now, they may have discovered a miraculous symbol of hope that can destroy the One-eyed Preacher and his fervid followers: The Bloodprint, a dangerous text the Talisman has tried to erase from the world.

Finding a copy of The Bloodprint promises to be their most dangerous undertaking yet, an arduous journey that will lead them deep into Talisman territory. Though they will be helped by allies—a loyal ex-slave and Arian’s former confidante and sword master—both Arian and Sinnia know that this mission may well be their last. From Storygraph. 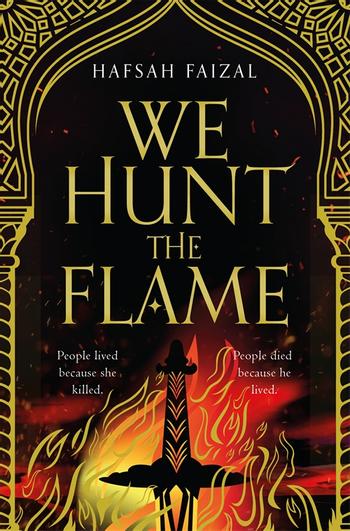 We Hunt the Flame by Hafsah Faizal*

People lived because she killed. People died because he lived.

Nobody knows that Zafira is the Hunter. Forced to disguise herself as a man, she braves the cursed forest to feed her people. If she is exposed as a girl, all of her achievements will be rejected.

Nasir is the infamous Prince of Death, assassinating those foolish enough to defy his autocratic father, the sultan. If he refuses he will be punished in the most brutal of ways.

Both are legends in the kingdom of Arawiya – but neither wants to be. And when Zafira embarks on a quest to restore magic to her suffering world, Nasir is sent by the sultan on a similar mission: retrieve magic and kill the hunter. But an ancient evil stirs as their journey unfolds, and the prize they seek may pose a threat greater than either can imagine...

Set in a richly detailed world inspired by ancient Arabia, Hafsah Faizal's We Hunt the Flame – first in the Sands of Arawiya duology – is a gripping debut of discovery, conquering fear, and taking identity into your own hands. From StoryGraph. 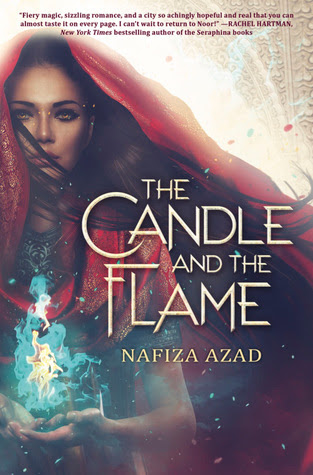 The Candle and the Flame by Nafiza Azad

Fatima lives in the city of Noor, a thriving stop along the Silk Road. There the music of myriad languages fills the air, and people of all faiths weave their lives together. However, the city bears scars of its recent past, when the chaotic tribe of Shayateen djinn slaughtered its entire population -- except for Fatima and two other humans. Now ruled by a new maharajah, Noor is protected from the Shayateen by the Ifrit, djinn of order and reason, and by their commander, Zulfikar.

But when one of the most potent of the Ifrit dies, Fatima is changed in ways she cannot fathom, ways that scare even those who love her. Oud in hand, Fatima is drawn into the intrigues of the maharajah and his sister, the affairs of Zulfikar and the djinn, and the dangers of a magical battlefield.

Nafiza Azad weaves an immersive tale of magic and the importance of names; fiercely independent women; and, perhaps most importantly, the work for harmony within a city of a thousand cultures and cadences. From StoryGraph. 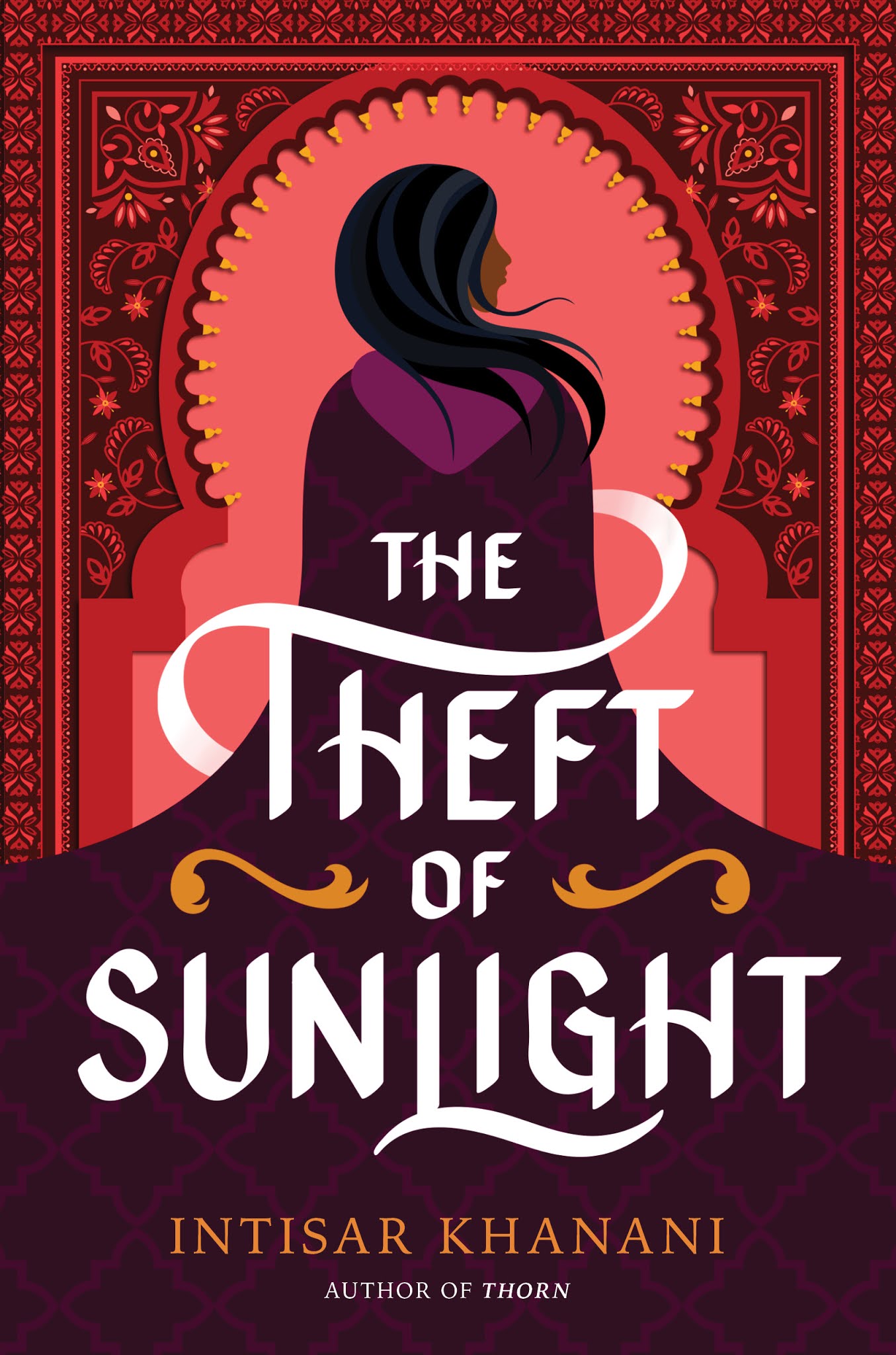 The Theft of Sunlight by Intisar Khanani

I did not choose this fate. But I will not walk away from it.

Children have been disappearing from across Menaiya for longer than Amraeya ni Ansarim can remember. When her friend’s sister is snatched, Rae knows she can’t look away any longer - even if that means seeking answers from the royal court, where her country upbringing and clubfoot will only invite ridicule.

Yet the court holds its share of surprises. There she discovers an ally in the foreign princess, who recruits her as an attendant. Armed with the princess’s support, Rae seeks answers in the dark city streets, finding unexpected help in a rough-around-the-edges street thief with secrets of his own. But treachery runs deep, and the more Rae uncovers, the more she endangers the kingdom itself. From StoryGraph. 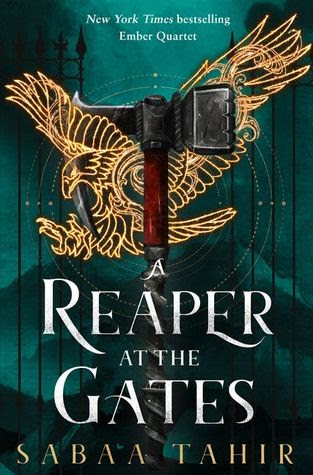 A Reaper at the Gates by Sabba Tahir

Beyond the Empire and within it, the threat of war looms ever larger.
The Blood Shrike, Helene Aquilla, is assailed on all sides. Emperor Marcus, haunted by his past, grows increasingly unstable, while the Commandant capitalizes on his madness to bolster her own power. As Helene searches for a way to hold back the approaching darkness, her sister's life and the lives of all those in the Empire hang in the balance.

Far to the east, Laia of Serra knows the fate of the world lies not in the machinations of the Martial court, but in stopping the Nightbringer. But while hunting for a way to bring him down, Laia faces unexpected threats from those she hoped would aid her, and is drawn into a battle she never thought she'd have to fight.

And in the land between the living and the dead, Elias Veturius has given up his freedom to serve as Soul Catcher. But in doing so, he has vowed himself to an ancient power that will stop at nothing to ensure Elias's devotion–even at the cost of his humanity. From StoryGraph. 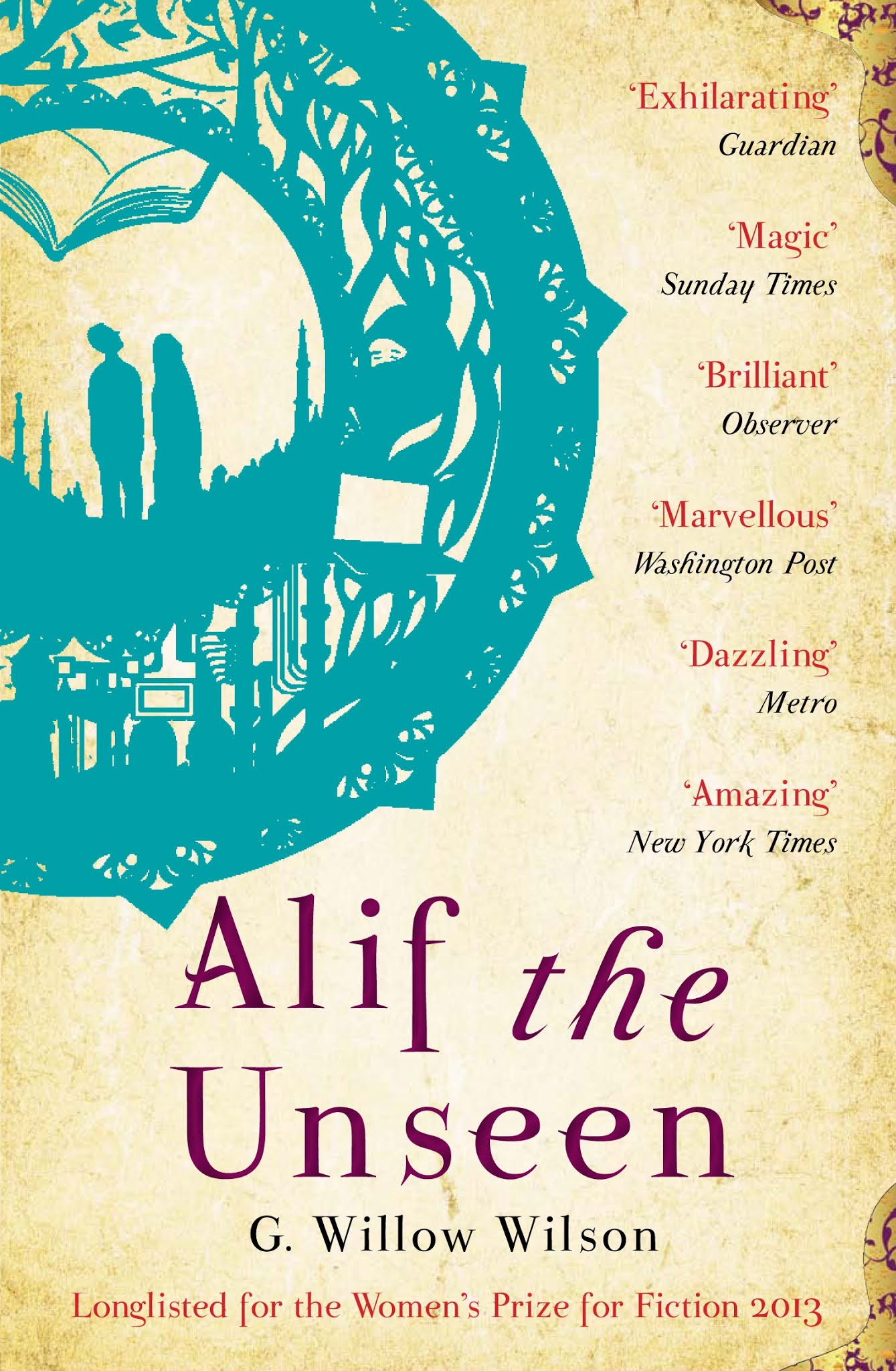 In an unnamed Middle Eastern security state, a young Arab-Indian hacker shields his clients—dissidents, outlaws, Islamists, and other watched groups—from surveillance and tries to stay out of trouble. He goes by Alif—the first letter of the Arabic alphabet, and a convenient handle to hide behind. The aristocratic woman Alif loves has jilted him for a prince chosen by her parents, and his computer has just been breached by the state’s electronic security force, putting his clients and his own neck on the line. Then it turns out his lover’s new fiancé is the "Hand of God," as they call the head of state security, and his henchmen come after Alif, driving him underground.

When Alif discovers The Thousand and One Days, the secret book of the jinn, which both he and the Hand suspect may unleash a new level of information technology, the stakes are raised and Alif must struggle for life or death, aided by forces seen and unseen. From StoryGraph.

StoryGraph | Goodreads
I would very much like to add more YA or adult high fantasy by Muslim authors to my list! Do you know of any, other than those mentioned above and The Daevabad Trilogy by S. A. Chakraborty? And can anyone tell me if Mirage by Somaiya Daud is fully sci-fi, or more sci-fi light that feels more like high fantasy (kind of like The Celestial Trilogy by Sangu Mandanna)? Not a big fan of sci-fi, but I can manage sci-fi light/fantasci.

What's on your TBR for this year's Ramadan Readathon? Let me know in the comments!