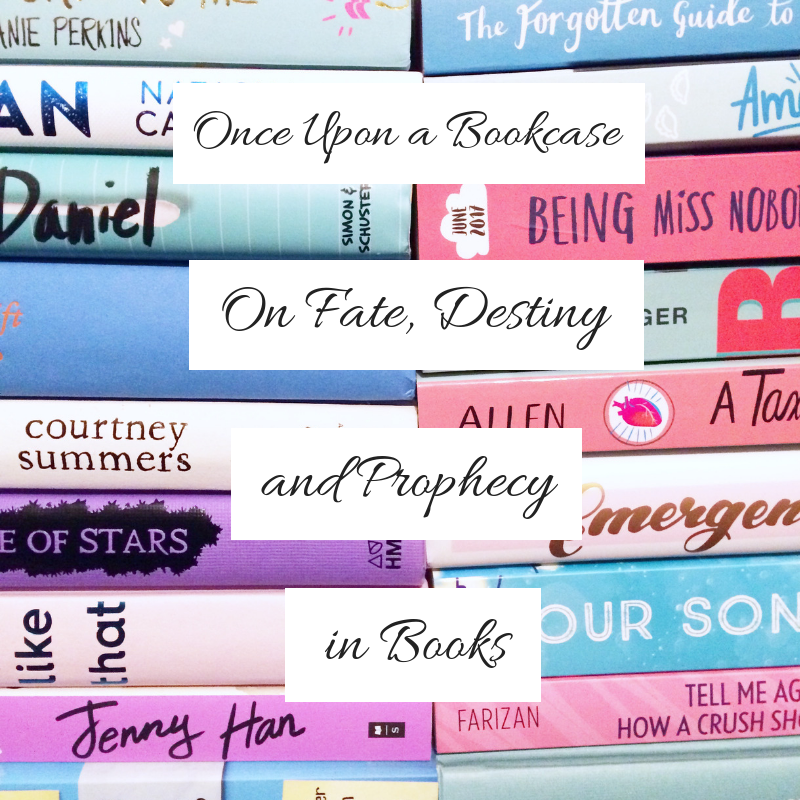 Titles marked with an asterisk (*) were gifted to me by the publisher in exchange for an honest review.
Today I want to discuss one of my favourite elements to some fantasy stories that, when relly dug into, really get me thinking: Fate and Prophecy.

I love thinking about books that discuss a character's fate or destiny, or prophecies about a character's future. I like to think about, as I read the story, whether what's fated to happen is actually going to happen anyway, or if it's because the character has heard about their fate, their destiny, or a prophecy involving them that leads it to be. 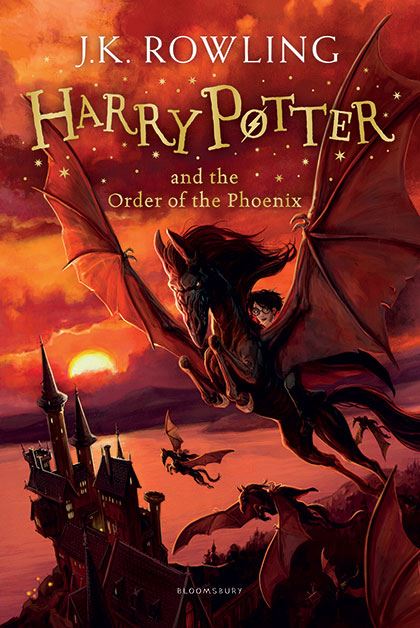 Take the Harry Potter series for example. In Harry Potter and the Order of the Phoenix by J. K. Rowling, we discover that the reason Voldemort tried to kill Harry as a baby was because of a half-heard prophecy made to Dumbledore by Professor Trelawney. "The one with the power to vanquish the Dark Lord approaches... born to those who have thrice defied him, born as the seventh month dies..." Voldemort took this to mean the son of Lily and James Potter, rather than Neville, the son of Alice and Frank Longbottom. So he killed Harry's parents, tried to kill Harry, and left him with a scar. "The Dark Lord will mark him as his equal." If the half-heard prophecy hadn't been passed over to Voldemort, would he have gone after Harry at some point? Or would there have been a completely different story? Voldemort only marked Harry as his equal because he had heard part of the prophecy... The prophecy came to fruition because Voldemort knew of part of it. But what if he hadn't? What then? Would the prophecy have come to naught? Would he have tried to kill Harry at some point anyway, when going after the Order of the Phoenix? Would he have attempted to kill Neville instead, going after his parents? Where would this story have gone had Voldemort knew nothing about the prophecy? 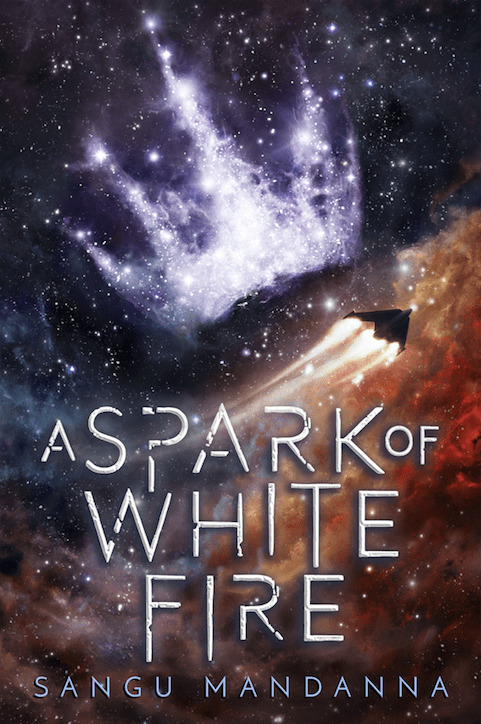 Then there's A Spark of White Fire by Sangu Mandanna, a sci-fi retelling of the Indian myth, the Mahabharata. The gods have glimpses of the future, and the gods and humans make actions based on those decisions. People can also curse others, and their curses come true. It's difficult to talk about this in much depth because of spoilers, but a lot of things that happen are down to curses and glimpses of the future. If a god has glimpsed the future, and you know it's going to happen, how might people act? When you don't believe a future is possible, or can't see how it might come about, how do you prepare? And what if the futures glimpsed are the outcomes of a preventative measure someone has taken because they were cursed? It goes back to action taken because of what you know is to come, and the whether those actions actually lead to what you're trying to prevent. But what A Spark of White Fire does that is also pretty cool is look at how things can be changed. A future glimpsed or a curse made are set in stone - but there are also gods involved. If you're a god, and you know the future you glimpsed is coming, but it's not what you want, what might you do to try and change things? Is it possible to change things? Is there a way of cheating fate? Again, I can't really discss this without spoiling things, but it's so awesome to think about. As I write this, I'm currently reading the sequel, A House of Rage and Sorrow*, and glimpsed furtures and curses are playing a larger part, and it's just bringing up all these fascinating questions, and I love it! 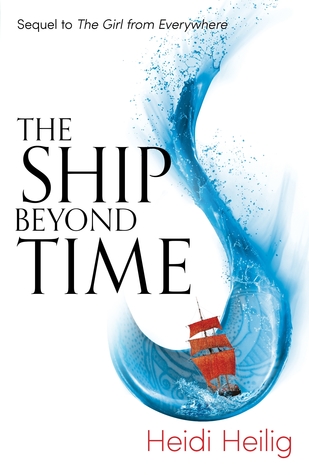 And then there's The Ship Beyond Time by Heidi Heilig*. This one goes another step further with with regards to fate, because time travel is involved. Nix discovers she is destined to lose the one she loves to the sea. Why? Because someone Nix knows has met with her future self in their past, and has been told by Nix what happened. Obviously, this is more to do with time travel, but it still brings up the same questions. Some questions are can you change your furture when it's already someone's past? When it's already happened? And, at the same time, will Nix's future come to be because she's been told what will happen, and therefore tries to do whatever she can to prevent it? Does she bring about her fate - or rather, the fate of her loved one - by trying to prevent it? If she never knew, would it happen? Spoilers are involved in this one, so I can't dig too deeply into it, but I think the main questions still apply.

I don't think I've ever read a book where a character does something, or something happens to a character, where after the fact, they find out there's some kind of prophecy that says things were always going to turn out how they did. I guess that won't necessarily be as exciting? The exciting thing is knowing what is meant to happen, and seeing what leads to it. And, although we all know, because that's what fate and destiny and prophecy is all about, that what we're told will happen will actually happen, in one way or another, we still wonder if it will actually happen, or if things will flop, or the character will prevent it. I just love it! And I love thinking about it, and wondering where the story would have gone without their fate, destiny or the prophecy known. I'd find it also really intersting if authors were to discuss, briefly, what they think would happen to their characters had the characters never knew what their future is meant to hold.


This post first appeared on Once Upon A Bookcase, please read the originial post: here
People also like
Review: ‘Tempting Fate’ Carolyn Wonderland
Building a Talent Pool in a Tight Market
Top Back-To-School Preparation Tips & Activities
21 Blackjack tips to increase your enjoyment of play and chances of winning
Dead Ends in Cryptanalysis #2: Timing Side-Channels
Exynos Chipset with AMD GPU For Laptops Coming in H2 2021
Smart Strategies Every Hotelier Can Use To Successfully Manage Their Business