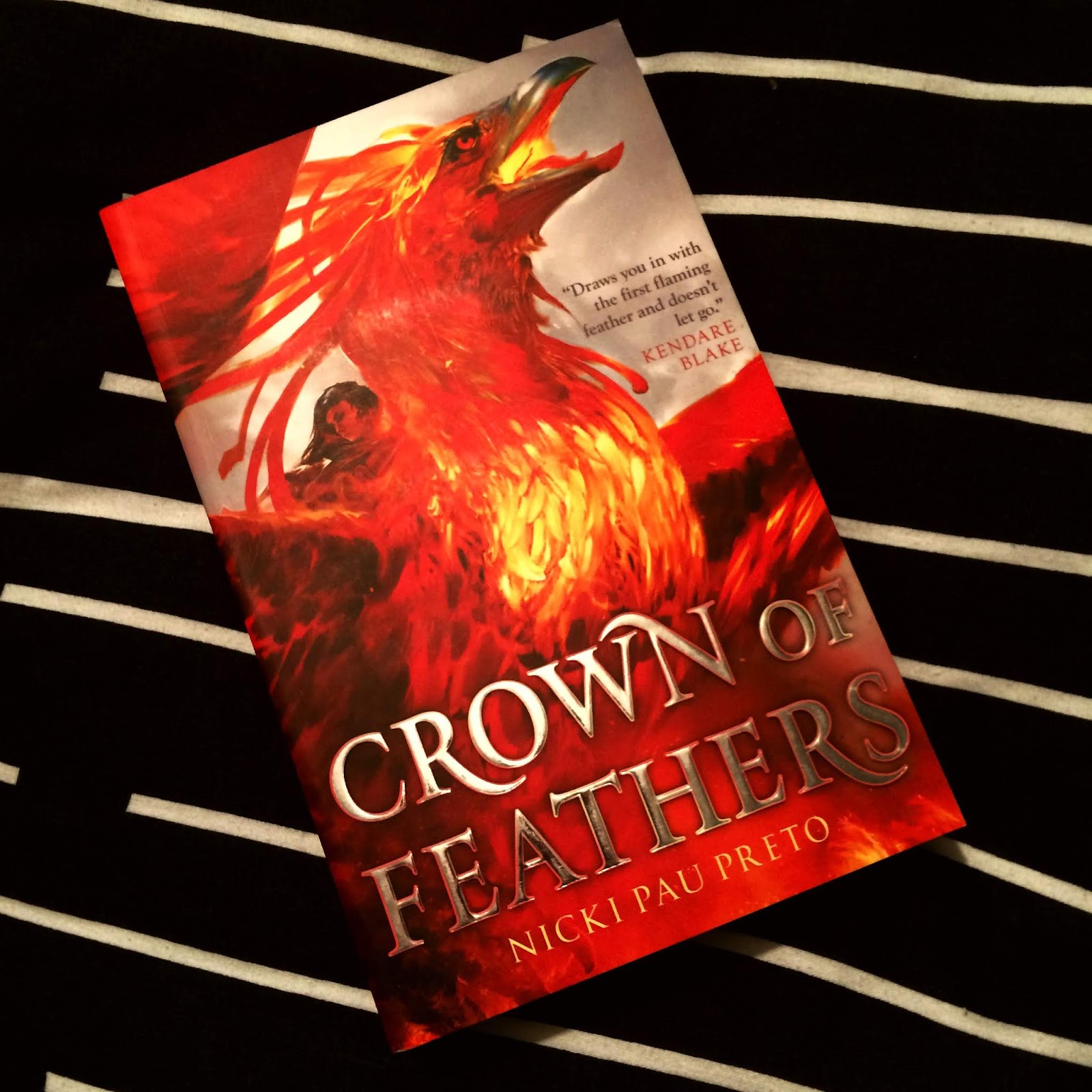 In a world ruled by fierce warrior queens, a grand empire was built upon the backs of Phoenix Riders legendary heroes who soared through the sky on wings of fire until a war between two sisters ripped it all apart.

Sixteen years later, Veronyka is a war orphan who dreams of becoming a Phoenix Rider from the stories of old. After a shocking betrayal from her controlling sister, Veronyka strikes out alone to find the Riders even if that means disguising herself as a boy to join their ranks.

Just as Veronyka finally feels like she belongs, her sister turns up and reveals a tangled web of lies between them that will change everything. And, meanwhile, the new empire has learned of the Riders' return and intends to destroy them once and for all.

Crown of Feathers is an epic fantasy about love's incredible power to save or to destroy. Throughout is interspersed the story of Avalkyra Ashfire, the last Rider Queen, who would rather see her empire burn than fall into her sister's hands. From Goodreads.

I received this eProof for free from Ink Road via NetGalley for the purposes of providing an honest review.
Trigger/Content Warnings: This book features a girl disguising herself as a boy, emotional abuse, a form of slavery, animal death, graphic description of someone being killed, a battle, and death.

I've been wanting to read Crown of Feathers by Nicki Pau Preto ever since Akemi Dawn Bowman raved about it on Twitter. High fantasy featuring warriors who fought on massive phoenixes? Sign me up! But it even better than I expected! This book is incredible!

The story is told from three perspectives. Veronyka is the primary narrator; she is a war orphan who has spent the last six years moving from place to place with her sister, Val, ever since their grandmother was killed: they are all animages - they have magic that allows them to communicate with animals. But to be an animage today - after the Blood War sixteen years ago that had non-magical people turn against animages after Avalkyra Ashfire, the last Phoenix Rider Queen, turned against the Empire when her succession to the throne was disputed, with her fellow Phoenix riders - means paying extortionate tax to use their magic, or become bondservants - animages who are put into debt bondage/slavery, working to pay off their debt. When Veronyka's grandmother was found out and caught, Val and Veronyka had to run, and have been hiding ever since. Veronyka has always loved the stories of Phoenix Riders, and is desperate to try and find out if there are any left, in hiding. After the Blood War, Phoenixes were executed, and the Phoenix Riders either also executed or put into bondage. But Val is controlling and manipulative, and believes they can only trust each other. It's not until Val betrays Veronyka in the worst possibl way that Veronyka sets out on her own, to try and see if the Phoenix Riders are still alive. She discovers a band of Phoenix Riders in Pyrmont, but for some unknown reason, they won't accept women to train to become Phoenix Riders, and she disguises herself as a boy, and calls herself Nyk.

Sev is an animage, who has forced down his magic in order to hide. He's turned his back on who he is, and has tried to make his way through life by being invisible - surviving, but not living. After accidentally killing someone, he was conscripted into the Empire's army - the very army that would force him into bondage if they discovered he is an animage. While on a mission he meets Trix, an elderly bondservant who used to be a Phoenix Rider, who discovers Sev is an animage and blackmails him into helping her in her plans to try and thwart his contingent's mission. He's tried so hard not to care, but it's through Trix and Kade, another bondservant helping Trix, that his eyes are opened to just how oppressed his people are, and that he's dishonouring his parents, Phoenix Riders who died protecting fellow animages.

Tristan is an apprentice Phoenix Rider. The Phoenix Riders are nothing like they were; their numbers are depleted, there are only a few who survived the Blood War, and a number of them are not yet battle ready. In secret, they're trying to train and build their numbers - but that's difficult to do when Phoenix eggs are scarce. Not only in Tristan an apprentice Phoenix Rider, he's also the son of Commander Cassian, who leads the Phoenix Riders. His father expects so much of him, and he tries so hard to be the best he can be - and he is brilliant - but any mistake is punished. It doesn't help that due to an experience when he was younger, he is afraid of fire. It doesn't matter that the fire of his bondmate, the phoenix Rex, won't harm him, it still terrifies him. Tristan is forced into extra practise after failing at an obstacle course, with the help of Nyk, who saved his bacon. Nyk is a new arrival to Pyrmont currently working in the stables, who is particularly skilled with his magic. The two cannot stand each other at first, but a friendship blossoms between the two as time goes on, and Tristan does what he can to help Nyk train, even if he can't become an apprentice just yet.

I absolutely loved Crown of Feathers! High fantasy is what got me into reading, and while I read YA of many genres, high fantasy is always going to be my first love. But there are only some high fantasy novels that have something that just has me falling in love with reading all over again; leaving me overwhelmed with wonder and completely captivating my imagination. Crown of Feathers is one of these books. It was like being 12-years-old again, and discovering that book that completely took my breath away and made me a life long reader, when I hated reading before. It filled me with such unbridled joy! Crown of Feathers is completely enthralling.

The worldbuilding is absolutely incredible! At the beginning of each chapter, there are a few lines that you come to realise are the thoughts of Avalkyra Ashfire in the lead up to the Blood War. And at the end of most chapters, there will be either excerpts from history books, or letters sent between Avalkyra and her sister Pheronia sent just before the war. There is so much history to this world! We get the legends and the stories of how the Phoenix Riders came to be, of previous warrior Queens, how the Empire was formed, of previous wars. It's just incredible! I revelled in all this history that was scattered here and there, making this world so very believable, and pretty damn epic. But I also loved the idea that history might be skewed, and what you think you know about historical people might not necessarily be true. Who a hero is and who a villain is all depends on perspective, right? This isn't a huge part of the story, but it's implied, and briefly thought about, and I just really loved it Then there's the magic! Neither the animagic nor shadowmagic - magic that allows the use into other people's minds to hear their thoughts, or to compel or control them - are new. I've read about them before. But what you get with Crown of Feathers is a fantastic twist on these magics, and what they mean for these characters' particular stories. Mate, it was just wonderful and fascinating!

I loved Veronkya, Sev and Tristan, all in their own ways. They make mistakes, and are flawed, but they're just so precious, each of them, in their own ways. They each have their own story, but the ways their stories intersect and effects each other, it's just wonderful! And I have to mention Trix and Sparrow! Trix is such an incredible character! She's funny and spunky and fierce! She's so shrewd! There is so much more to this sweet looking little old lady, and I adored her! And Sparrow was just fantastic! She's a young girl Veronyka meets after she strikes out on her own, and I loved her. An animage, she's all on her own, with just her animal companion, Chirp. She's blind, but Chirp is her eyes. She's homeless and she begs for food, she's dirty and her hair is a mess, and so she's not treated so well by the villagers, but doesn't really seem to think anything of it. She freely offers to help Veronyka, without having to be asked. Sparrow is forthright and a little reckless, and just has this confidence that comes with only having herself to rely on. She broke my heart, and I just wanted to give her the biggest hug! But she's not unhappy, and with Chirp, she isn't lonely either. And I hated it when she and Veronyka had to part ways, and she was back on her own again, but again, it didn't seem to bother her. I wish there had been more of Sparrow; she's in it so briefly, but for me, she stole the show.

And the twists! They were awesome! There was one I figured out in regards to an important side character. I had another two theories, one I discarded for the other, and they both ended up being half right, but the specifics were jaw dropping! I saw that twist at the end coming, but with regards to another character, so it was a real punch in the gut, and ooooh, it's going to be amazing in regards to the whole story! I am so excited to see where it leads the story in book two!

Crown of Feathers is pretty diverse, with all but one side character being people of colour, with light or dark brown skin. No labels are used, but the very first Phoenix Rider Queen, Nefyra, was in a relationship with a woman. Sev finds himself drawn to Kade, and there's an asexual character, too. And I also think one of the characters could be bi/pansexual. As I mentioned before, Sparrow is blind, and Morra, the cook at the Phoenix Rider stronghold - but also a fairly important figure amongst the Phoenix Riders - has only one leg due to losing the other in the Blood War.

Crown of Feathers is an absolutely incredible debut novel, and a wonderful high fantasy novel! I cannot wait for the second book in the series, and am pretty sure I will read anything Preto writes in future. Do not sleep on this!

Thank you to Ink Road via NetGalley for the eProof. 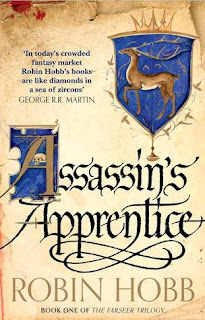 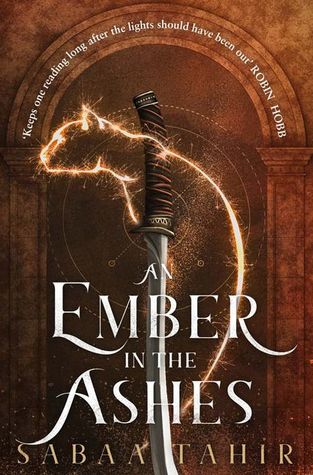 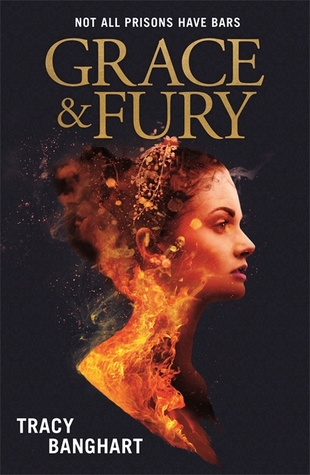 What are your favourite high fantasy and/or magic tropes? Do you prefer to be surprised by twists in books, or do you like discovering your theories are correct? Have you read Crown of Feathers, and if so, what did you think? Let me know in the comments!

Brittney Griner's Cannabis Charges In…
Four motorcyclists remanded for murde…
5 Best Smart Helmets In 2022
Will there be homeless people in Heav…
--
If you enjoyed this post,
please consider buying the book using my affiliate links, and following / supporting me:
Bloglovin' | Twitter | Goodreads | Ko-Fi


This post first appeared on Once Upon A Bookcase, please read the originial post: here
People also like
Brittney Griner's Cannabis Charges In Russia: What's Next For The WNBA Star?
Four motorcyclists remanded for murder of sound engineer
5 Best Smart Helmets In 2022
Will there be homeless people in Heaven? Who cares?