I am so excited to have Natalie Haynes stopping by the blog today to discuss her retelling of the Trojan War, A Thousand Ships. 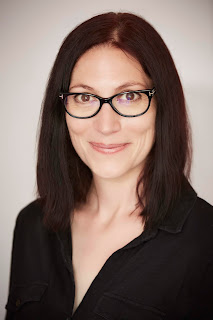 Can you tell us a little about A Thousand Ships? What kind of a retelling of the Trojan War is it?

Well, it’s retelling the war from the perspectives of the women involved in the war – it goes forwards and backwards in time from the Fall of Troy (thanks to the Trojan Horse…), and follows the consequences of the war in one timeline and the causation of the war in the other timeline. We see the goddesses, women, demigoddesses, wives, daughters, etc. of the men whose stories we’re used to reading. Often these stories did exist in the ancient world but have been lost, so I decided to reimagine them for the 21st century.

Why the Trojan War? What drew you to this Greek myth? And what inspired you to retell it?

The Trojan War is one of the great myth sagas of all time – inspiration for Homer’s Iliad and Odyssey, for Aeschylus’ Oresteia, multiple plays by Euripides, Shakespeare, etc. I have always loved it – the story of the Trojan Horse was my Latin GCSE set text, so I feel like it has been part of my life since I was a child. I knew I wanted to tell the women’s stories because they have been almost entirely overlooked. The characters are right there, in the shadows, waiting to be found. It was irresistible.

What do you bring to the Trojan War story with A Thousand Ships?

Well, I hope I’ve brought depth and passion to the story. Luckily, I am a classicist (I have a series on BBC Radio 4, called Natalie Haynes Stands Up for the Classics) so I can read all the texts and fragments of texts in Greek (or sometimes Latin) which gives me a terrific overview of the different versions of the story which existed in the ancient world (in some versions of her story, for example, Helen of Sparta never becomes Helen of Troy – she spends the entire war in Egypt). I wanted to tell the story from multiple women’s perspectives because they have been silent for so long. Penthesilea, the great Amazon warrior queen, is an incredible figure – she was a very popular character in visual arts from the ancient world, for example. But we have largely forgotten about her, because the poem about her only survives in tiny fragments. So we focus on, say, Achilles and Hector and forget about this extraordinary warrior woman. These are stories which deserve to be reimagined and retold. 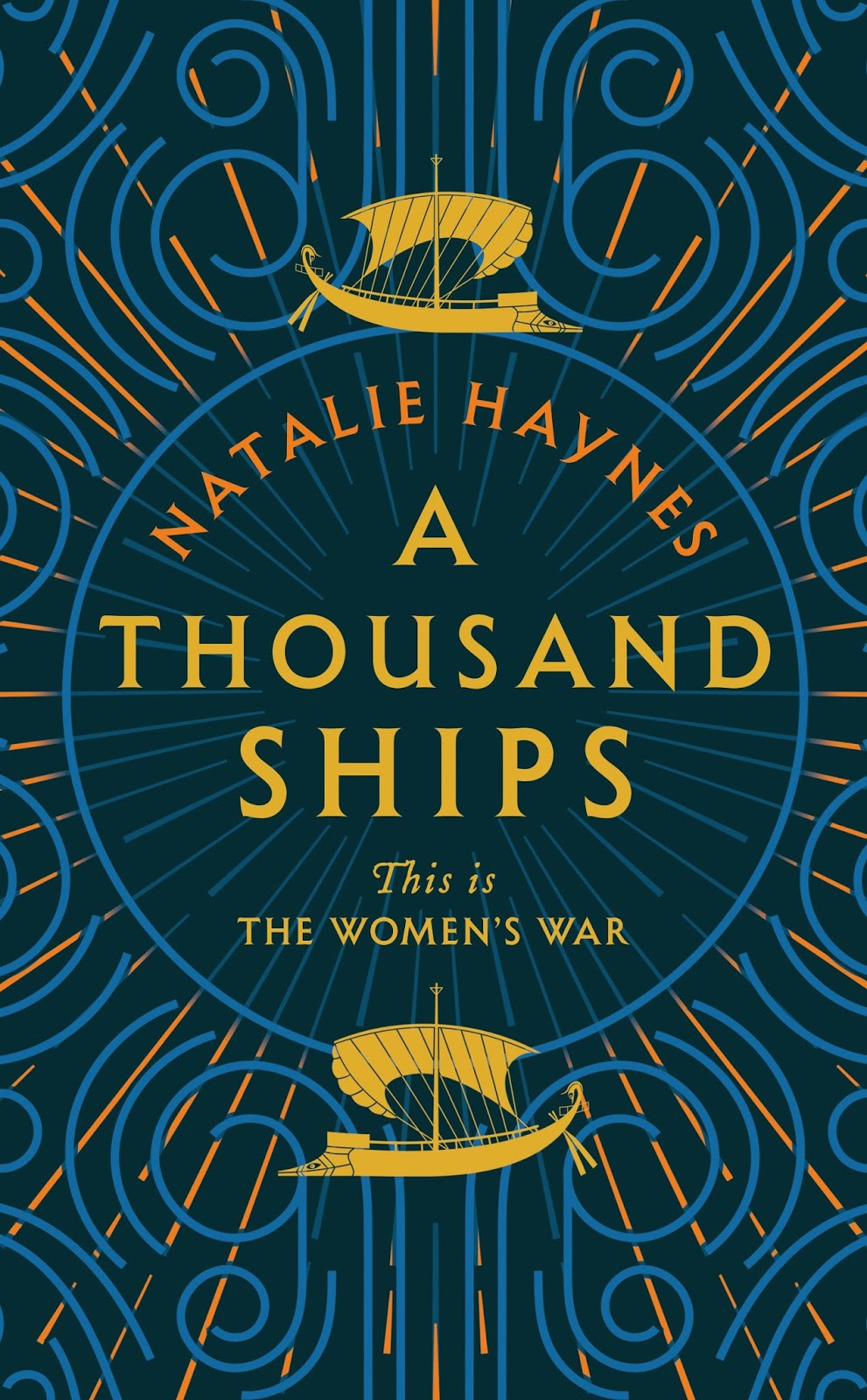 How does A Thousand Ships differ from other retellings of the Trojan War out there?

I hope it’s better. Although I would be lying if I said I didn’t love Margaret Atwood’s Penelopiad – I do. My version of Penelope is a bit funnier than hers, maybe? I hope so, anyway. I suppose the real different is in scope – this is my epic, I guess, so it is told from multiple women’s perspectives. Some of the stories are desperately sad, some are funny, some are snarky. It was a real joy being able to play all those cards, one after another. I hope that pays off for the reader.

I think the large majority of this story isn’t really known, except among classicists and we aren’t as numerous as I would wish. I think most people might know about Helen of Troy but they maybe don’t know about her mother-in-law, Hecabe. They might know that Cassandra can see the future, but they don’t necessarily know how she came by her prophetic gifts or what happened to her. It is great retelling an old myth because you don’t have to think of names (that is honestly one of my least favourite parts of writing fiction – if you get a character’s name wrong, they won’t behave or sound right until you fix it). But luckily there’s so little in the surviving texts about almost any of these women that I was free to let my imagination run wild.

What do you hope readers get from A Thousand Ships?

I think you need to really know your source material, the obvious and the obscure. If not, it always reads a bit oddly to me – the fiction equivalent of the uncanny valley.

Are there any retellings you would recommend, either of the Trojan War, or in general? 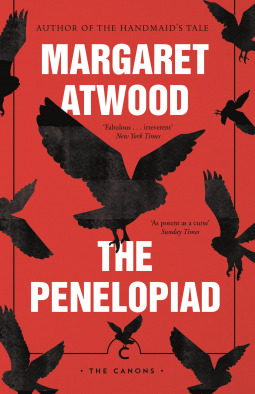 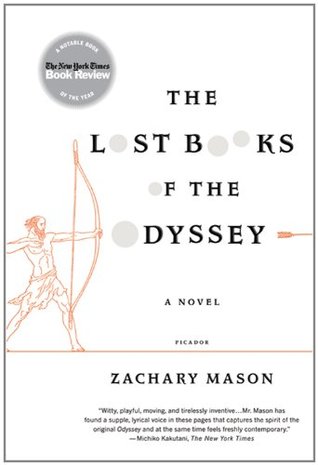 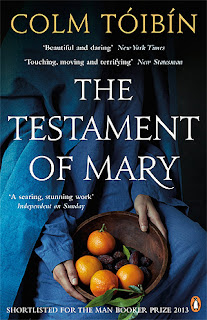 Thank you, Natalie, for such fantastic answers! I'm really fascinated by the story of the Trojan War; I studied Trojan Women by Euripides in Drama at school, and I loved last year's TV adaptation of the Trojan War, Troy: Fall of a City, and have bought Emily Wilson's translation of the Odyssey. And I'm now so incredibly excited to read A Thousand Ships! It's so brilliant to have a story that centers the women of the legend and their experiences. I am so looking forward to diving in!

Be sure to visit Natalie's website, and check out A Thousand Ships, which was published yesterday!

A Thousand Ships by Natalie Haynes

In A Thousand Ships, broadcaster and classicist Natalie Haynes retells the story of the Trojan War from an all-female perspective.

In the middle of the night, Creusa wakes to find her beloved Troy engulfed in flames. Ten seemingly endless years of brutal conflict between the Greeks and the Trojans are over, and the Greeks are victorious. Over the next few hours, the only life she has ever known will turn to ash . . .

The devastating consequences of the fall of Troy stretch from Mount Olympus to Mount Ida, from the citadel of Troy to the distant Greek islands, and across oceans and sky in between. These are the stories of the women embroiled in that legendary war and its terrible aftermath, as well as the feud and the fatal decisions that started it all...

Powerfully told from an all-female perspective, A Thousand Ships gives voices to the women, girls and goddesses who, for so long, have been silent. From Goodreads.

The Sign of Four
Why I Chose to Be Vaccinated Against …
Smart Tips on How to Get More Likes o…
“The Friend Who May Not Seem a Friend…
Music Profile: Elliott Waits For No O…

Do you like Greek myths? Are there any you're particularly interested in? What are your thoughts on the women and their stories? What do you think of A Thousand Ships? Will you be picking it up? Let me know in the comments!


This post first appeared on Once Upon A Bookcase, please read the originial post: here
People also like
The Sign of Four
Why I Chose to Be Vaccinated Against COVID-19
Smart Tips on How to Get More Likes on Your Instagram Posts
“The Friend Who May Not Seem a Friend” – The Cat and the Fire, Post 2 of 3
Music Profile: Elliott Waits For No One - Alternative Rock Band - Illinois, Usa | SRL Networks London Music PR
Look: Fujitsu Philippines opens modern HQ in Makati
قصة سيدنا موسى عليه الصلاة والسلام ج 2
Keeping in Touch
Why an everyday English field is a tranquillity base
Orée Battersea, Northcote Road