Review: Girl Made of Stars by Ashley Herring Blake 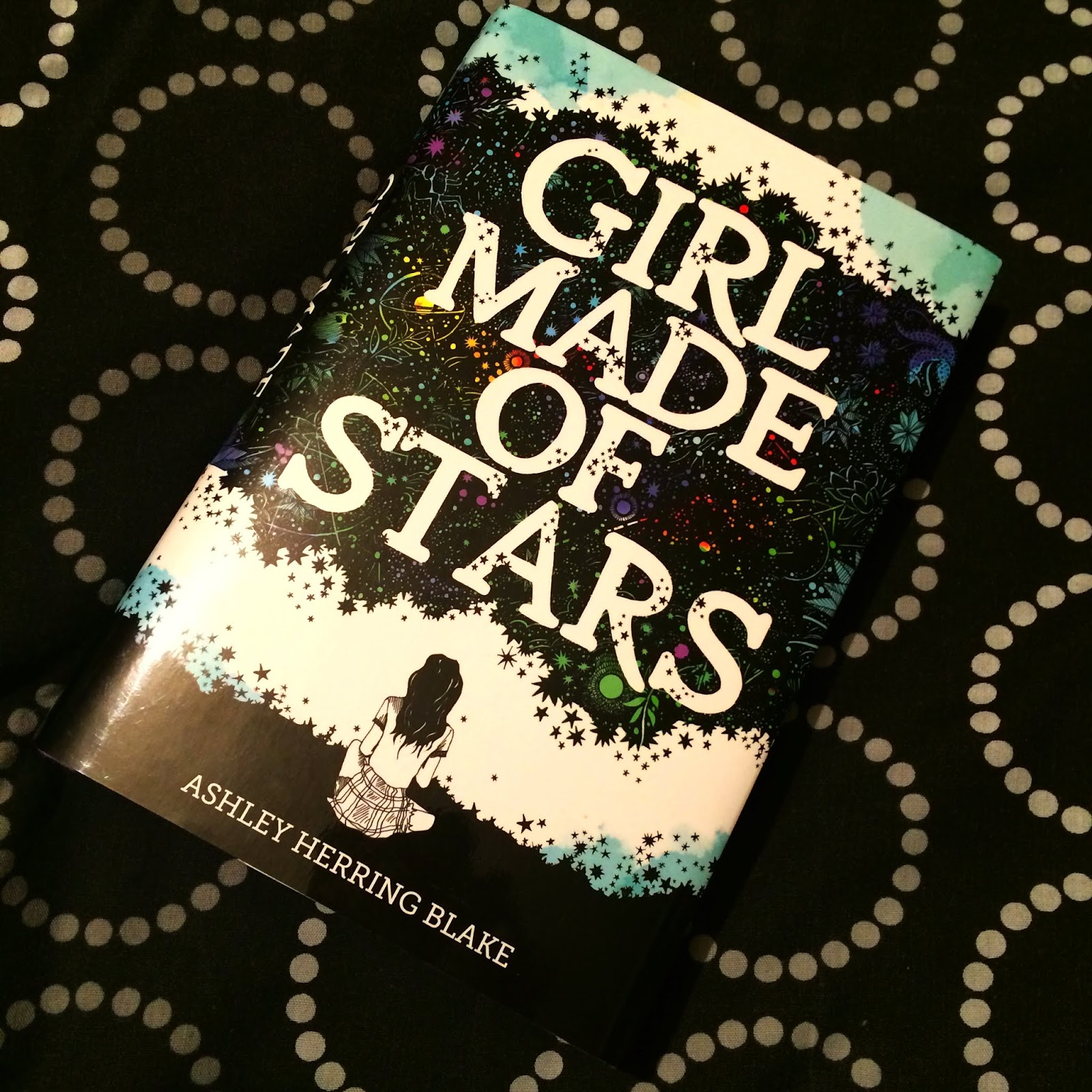 Girl Made of Stars by Ashley Herring Blake (Bought)

"I need Owen to explain this. Because yes, I do know that Owen would never do that, but I also know Hannah would never lie about something like that."

Mara and Owen are about as close as twins can get. So when Mara's friend Hannah accuses Owen of rape, Mara doesn't know what to think. Can the brother she loves really be guilty of such a violent crime? Torn between the family she loves and her own sense of right and wrong, Mara is feeling lost, and it doesn't help that things have been strained with her ex-girlfriend and best friend since childhood, Charlie.

As Mara, Hannah, and Charlie navigate this new terrain, Mara must face a trauma from her own past and decide where Charlie fits in her future. With sensitivity and openness, this timely novel confronts the difficult questions surrounding consent, victim blaming, and sexual assault. From Goodreads.

Trigger Warning: This book features discussion of rape, child abuse/paedophilia, biphobia, and pressure on non-binary character to come out.

I've been really looking forward to reading Girl Made of Stars for so long, but, while it's a pretty good, emotional Story, I found myself pretty disappointed.

Girl Made of Stars is not the story I expected, but I think it's probably important to point out that nor is it the story Blake expected either; she says in her Author's Note that this isn't the story she set out to write. It's an emotional, inward, personal growth story for Mara. A story of relationships, surviving and moving on. It's a lot more to do with what's going on in Mara's head, than it is to do with Hannah surviving her rape, or Owen raping her. By which I mean, it's about Mara struggling to come to terms with what Owen did, how that affects her relationship with him, how it dregs up her own trauma from the past, and how she deals with all of it.

Consequently, not much happens. I understand that Mara can't actually do anything about the situation, but I expected, once she realised that Owen did actually rape Hannah, that there would be more in terms of confrontation and arguments. I know none of us are the same and we all have our own ways of dealing with things, but I simply can't imagine reacting like Mara. She hates Owen for what he did to her friend, and wants him to do the right thing, but she can't actually do anything, so she just has to do her best to move past it, move on from her own experience. But she has to live with him. She has to see him every day. It's hard, because I'm not in her position, so I don't exactly know how I would react, but I feel certain I would find it hugely difficult to be around my brother if he did something like this. I cannot compute how she's going to try her best to move on, and be there for Hannah.

I should mention that Charlie, Mara's ex-girlfriend and best friend, is non-binary. Her (she uses she/her at this time) being non-binary isn't important in regards to the story as a whole, but it does add to Charlie's character. Very few people, if more than just Mara, know she's non-binary. She hasn't come out to her parents, not just because she's worried what they'll think, but because she also feels she'll let them down; they struggled to conceive, so Charlie is their miracle baby, and not only is she not the "perfect daughter" because she's gay and isn't especially feminine, she's also not actually a girl - or a boy. This is all Charlie worrying; we never meet her parents, but at no point is it ever made out that her parents are anything other than supportive and loving. It's just her worrying that because they tried so long to have a baby, her being gay and non-binary, she's not actually the child they dreamt of. There are a couple of moments when she discusses being non-binary and what that actually means/feels like for her, and I think they are really important moments, but the focus is more on her relationship with Mara, why they broke up, how they are dealing with trying to still be best friends when they both want more, but also the support Charlie gives Mara when she learns the truth about Owen.

Girl Made of Stars isn't a bad story, it's actually pretty good. It's emotional and heartbreaking, and has some truly wonderful, beautiful moments between the friendships - between Mara and Charlie, between Mara and Hannah, and all three - of support and love and understanding. It's just not the story I expected. I wanted more. But a lot of people really enjoyed Girl Made of Stars, so do read other reviews before deciding whether or not to read it.

What would happen to a modern-day Mos…
Firebird – Making Of Story
The Book Depository – Where the Crawd…
‘A rollercoaster’: People of color ma…
--
If you enjoyed this post, feel free to follow me on:
Bloglovin' | Twitter | Goodreads


This post first appeared on Once Upon A Bookcase, please read the originial post: here
People also like
What would happen to a modern-day Moses in America?
Firebird – Making Of Story
The Book Depository – Where the Crawdads Sing
‘A rollercoaster’: People of color made economic gains last decade, but pandemic threatens progress

Review: Girl Made of Stars by Ashley Herring Blake