Interview with Tasha Suri, Debut Author of Empire of Sand

Today, I am so very excited to have Tasha Suri, the incredible of debut author of Empire of Sand, the first book in the Books of Ambha series, stopping by the blog. Read on for her interview where we discuss her #OwnVoices high fantasy, her inspiration in Indian history and Hindu beliefs, and fellow British authors of colour. 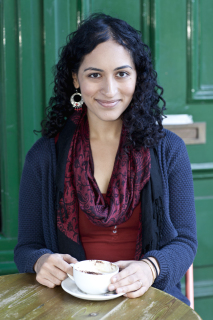 For those who don’t know, can you tell us a little about your debut novel, Empire of Sand, the first in the Books of Ambha series?

Empire of Sand is the story of Mehr, the illegitimate daughter of a nobleman of the Ambhan Empire and an exiled mother from an oppressed, magical people called the Amrithi. When Mehr reveals she’s inherited her mother’s ability to manipulate the dreams of sleeping Gods, she is tricked into the service of the Empire’s mystics. Trapped by magical vows, Mehr must use all her cunning and bravery to save herself from the mystics, and the world from awakening nightmares.

Where did your inspiration for this high fantasy world come from?

From Indian history! The world of Empire of Sand was heavily inspired by the Mughal Empire: vast, opulent, sophisticated and brutal. It’s a period of history I love, and also one that hasn’t been explored much in fantasy before.

How was the magic system, which consists of prayers, the dreams of gods, and rites in the form of dance, and a world featuring daiva - the children of the gods - and their descendants, the Amrithi people with magic in their blood, inspired by Hindu beliefs and epics?

I drew specific things from the Hindu faith I grew up with: the power of vows, the idea of the world as a dream, dance as a form of worship... honestly, I only realised how much I’d drawn from Hinduism quite late into the book’s first draft. Because I grew up with Hindu beliefs and epics, I think I drew naturally on the stories and myths I already had inside me.

Mehr isn’t your typical badass heroine. She’s not even that badass when it comes to physical prowess. She’s been brought up in luxury as the daughter of a nobleman, and has had to do very little for herself. But nor is she a damsel in distress. Mehr is probably one of the strongest female characters I’ve read in high fantasy for a long time. She goes through so much, and yet is so resilient.
And when it comes to male roles in high fantasy, Amun, the man Mehr is forced into marriage with, starts off being one of the weakest men I’ve ever read when it comes to agency; he has so very little hope, and yet fights so hard. Was it your intention to look at strength and agency through a different lens, and the typical roles of men and women in fantasy?

I really wanted to explore the kind of power a woman could have in a patriarchal, often ‘invisible’ world. In the Mughal Empire, which partially inspired the book, high status women were often veiled and hidden from public sight, but had huge political clout and lived through massive tumultuous political events. I wanted to explore the kind of power and strength a woman raised in that kind of world could have. And in Amun… honestly, I wanted to explore a different type of strength too. Men are often given very narrow parameters for what strength is, and for both of them, I wanted to answer the question: what does it mean to be strong, when you feel as if you’re utterly powerless, when taking up a sword and fighting back isn’t an option? 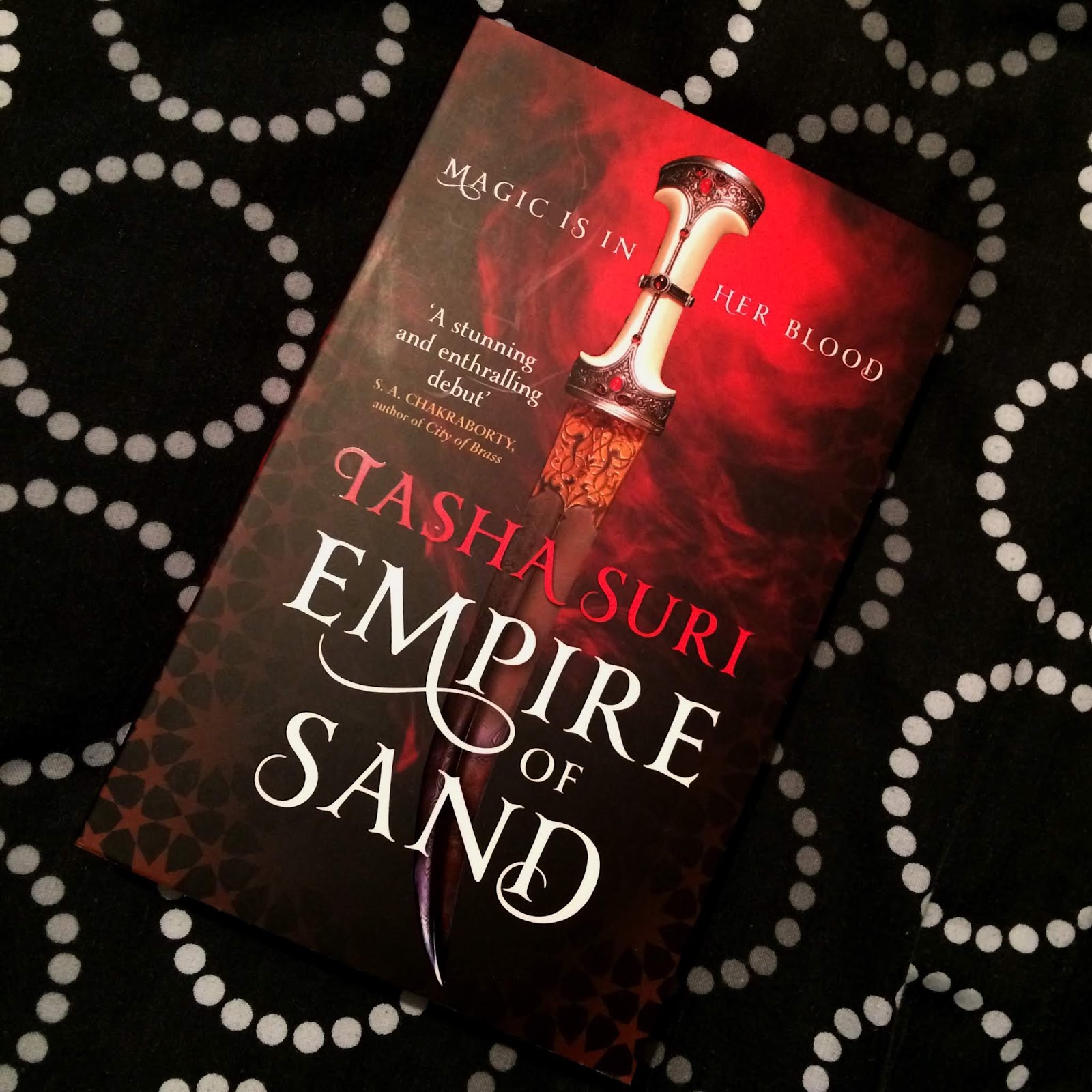 Empire of Sand felt a lot darker than most high fantasies I’ve read, with aspects of the Maha very familiar. What inspired his character?

Oh, the Maha is just nasty, isn’t he? I was influenced by bigger political figures who want to be remembered, who use love and fear to control people (can’t imagine why that’s familiar…) but also by the kind of manipulative, controlling behaviour we’ve all come across in real life, from real people. I’ve been told he’s a very dark character, but honestly I do think there are real people like him, which is what makes some parts of Empire of Sand rather bleak. (I’m an optimist really, I promise!)

What can we expect from the next book in the Books of Ambha series, Realm of Ash?

The next book is set nearly a decade into the future, and it’s Mehr’s sister Arwa’s story. A lot happens at the end of Empire of Sand, and those events have a huge impact on the nature of the world. Arwa has to deal with the consequences of those changes, and also cope with grief, new realms, blood magic, archery and a mission to save the empire. It’s a book I’m really proud of, and I hope people enjoy it!

Empire of Sand is one of a number of non-western inspired, #OwnVoices SFF novels that have been published over the last couple of years or so - and about time when white and western inspired has been the default for so long. Why do you think diverse SFF is having its time now?

I think a lot of hard work has gone into making this change happen. Diverse writers have been writing for decades, and had fans for decades, and I think finally that’s had an impact. But I also think publishing has changed: reviewers have a bigger voice, readers are supporting diverse fiction, more POC are employed than before in publishing. I feel very humbled and glad to be part of that, now.

Some recent adult SFF books by British authors of colour I’ve loved are Under the Pendulum Sun by Jeannette Ng, Lost Gods by Micah Yongo and Rosewater by Tade Thompson. In YA, I’ve really adored Girls of Paper and Fire by Natasha Ngan, and also A Spark of White Fire by Sangu Mandanna. Temi Oh has a YA sci-fi book called Do You Dream of Terra-Two? out in March which I’m so excited about, as well.

Thank you so much for this interview! I’ve really enjoyed having the chance to ramble about my book.

Thank you, Tasha, for such fantastic answers! I finished reading Empire of Sand a few weeks ago, and it's still one I'm thinking about! It's incredible; read my rave review here. And I'm really looking forward to reading some of Tasha's recommendations!

Be sure to visit Tasha's website, follow her on Twitter and Instagram, and check out Empire of Sand, which is out now, and keep an eye out for a release date for Realm of Ash!

Crystal Travel US – Independence Day …
A Guide To Visiting Antigua, Guatemal…
How come so many Christians don’t rea…

Have you read Empire of Sand? What did you think? What do you think about the rise of diverse high fantasy? Wil you be checking out any of Tasha's recommendations? Let me know in the comments!
--
If you enjoyed this post, feel free to follow me on:
Bloglovin' | Twitter | Goodreads


This post first appeared on Once Upon A Bookcase, please read the originial post: here
People also like
Crystal Travel US – Independence Day Flight Deals
A Guide To Visiting Antigua, Guatemala: The Best 5 Things To Do And See
How come so many Christians don’t really know God?

Interview with Tasha Suri, Debut Author of Empire of Sand