Once Upon a Retelling: The Monsters We Deserve by Marcus Sedgwick

Today, I'm delighted to have Marcus Sedgwick over on the blog, to talk about his latest novel, The Monsters We Deserve, a story that looks at the writing of a novel, and more specifically, Mary Shelley's writing of Frankenstein. 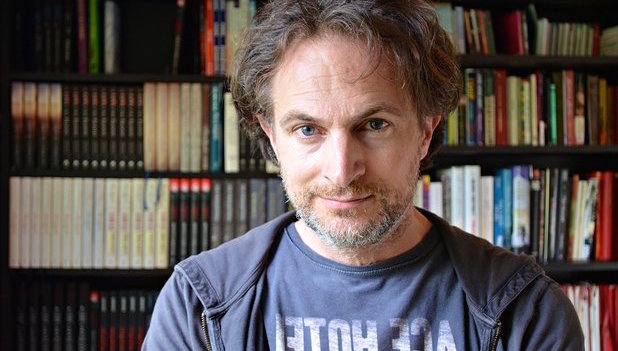 Can you tell us a little about The Monsters We Deserve?

The Monsters We Deserve is neither a retelling of Frankenstein, nor a retelling of its creation, though in small ways it draws on elements of both. It’s really a book about the true meaning of Shelley’s novel, a meaning that has been largely misunderstood from almost the very beginning of its life. So it’s a story about writers, creation, writers’ ghosts and the ghosts they leave behind. It takes the form of an extended mental letter from an unnamed writer, whose initials are MS, holed up in a remote chalet high in the French Alps, to their editor. I didn’t intend it to be read as a ghost story but I suppose it is in some ways.

Why Frankenstein and Shelley’s writing of it? What drew you to this classic?

I have always had a love/hate relationship with this book. There are some great things about it and some terrible things. I really love the story behind it, of Mary and the others hiding out in Lord Byron’s villa on the shores of Lake Geneva, stuck indoors because of bad weather as a result of a volcanic eruption in Indonesia the previous year, and deciding to try to spook each other with ghost stories. The book is however, for all its faults, a very vital book to understand today. Its true meaning is not really one about the dangers of playing God. Its true meaning is that we should be responsible for the things we bring into the world and in this day and age, when we are at risk of oblivion, and at our very own hands, in various ways, from climate change to pollution to over-population to war, it is a message we ought to be listening to.

I have tried to look at the story from a different perspective. I wasn’t interested in modernizing the story, or re-telling the story of its birth, as these things have been done, sometimes well and sometimes badly. I wanted to look at what the book actually means, and how a writer controls, and is in turn controlled by, what she or he creates. 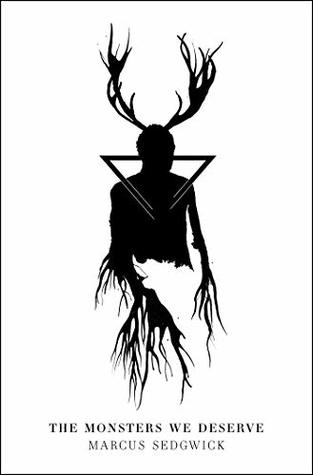 How does The Monsters We Deserve differ from other novels that discuss Shelley’s writing of Frankenstein?

It isn’t a retelling in the traditional sense. It’s like an extended dream, some sort of meditation on the ideas in the book and what it has become, how it has been misunderstood, and so on.

Were there any difficulties in writing a story that discusses events already known, over writing an original story? Anything that was easier?

As it’s rather more of a dream than a retelling, I felt utterly free to write in a loose and dreamlike way, with illogical and at times a lack of clear progression. I included lots of biographical moments from Mary’s life and the book’s creation, but otherwise I had fun creating this miniature world inside a triangle drawn on the map of the Haute Savoie in France, where I live. This came about when I realised that our house is almost the centre of a triangle described by three very significant locations in Mary Shelley’s book - Geneva, Chamonix and Evian.

What do you hope readers get from The Monsters We Deserve?

I hope it opens a small door into how and why writers write, and their sometimes uneasy relationship with what they have created. I hope the true meaning of Shelley’s book is more widely understood.

You have to bring something new to it. You have to find a way of reflecting the originality of the story with something that is relevant to our modern lives. Of course, it has to live on its own terms, not just rest upon the original.

Are there any retellings you would recommend, either of Frankenstein and/or Shelley writing Frankenstein, or in general?

It’s years since I read it but I really enjoyed Angelmonster, by Veronica Bennett. A closer retelling of the creation of Mary Shelley’s book.

Thank you, Marcus, for such a great interview. The Monsters We Deserve sounds like a really fascinating take on discussing Shelley's writing of Frankenstein and the story itself. I am so intrigued! Be sure to visit Marcus' website, follow him on Twitter and Instagram, and check out The Monsters We Deserve, which was published on 6th September.

The Monsters We Deserve by Marcus Sedgwick

'Do monsters always stay in the book where they were born? Are they content to live out their lives on paper, and never step foot into the real world?'

The Villa Diodati, on the shore of Lake Geneva, 1816: the Year without Summer. As Byron, Polidori, and Mr and Mrs Shelley shelter from the unexpected weather, old ghost stories are read and new ghost stories imagined. Born by the twin brains of the Shelleys is Frankenstein, one of the most influential tales of horror of all time.

In a remote mountain house, high in the French Alps, an author broods on Shelley's creation. Reality and perception merge, fuelled by poisoned thoughts. Humankind makes monsters; but who really creates who? This is a book about reason, the imagination, and the creative act of reading and writing. Marcus Sedgwick's ghostly, menacing novel celebrates the legacy of Mary Shelley's literary debut in its bicentenary year. From Goodreads.


This post first appeared on Once Upon A Bookcase, please read the originial post: here
People also like
Karen Wiesner: I Have Dreamed a Little Dream (Authors and Dream Inspiration), Part 2
5 things to look for when shopping for Australian jewellery
Blackjack: What’s in a Name?
Top Back-To-School Preparation Tips & Activities
Blues Guitar Legend ‘The Jimmie Vaughan Story’ Set To Release September 17
The Sign of Four

Once Upon a Retelling: The Monsters We Deserve by Marcus Sedgwick