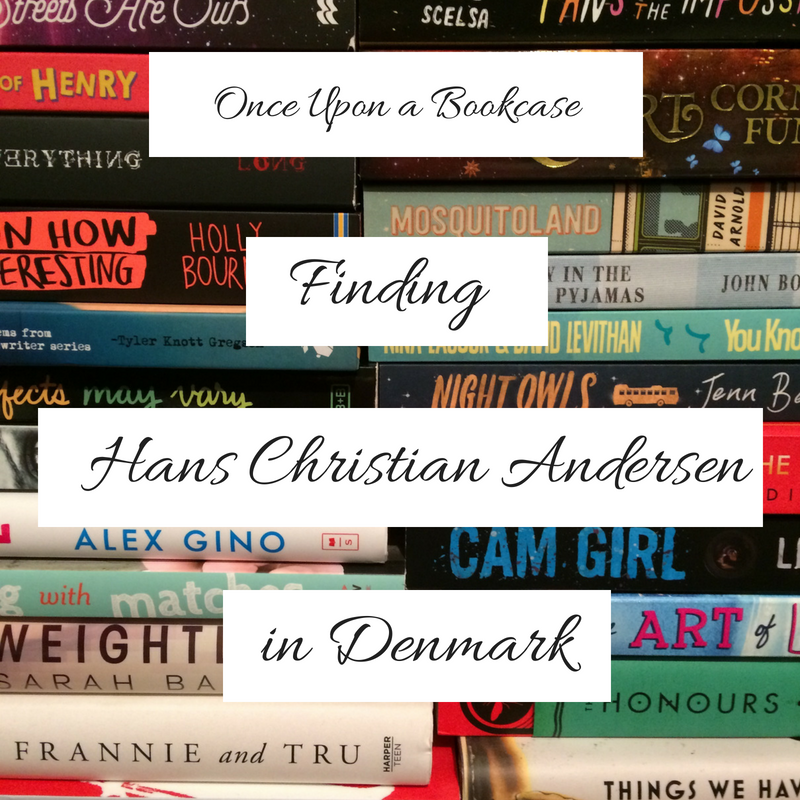 As you know by now, I'm a huge fan of The Little Mermaid by Hans Christian Andersen, so while I was visiting family in Copenhagen, Denmark a couple of weeks ago, I visited as many things related to the author of so many well loved fairy tales as I could.

I went and saw the famous The Little Mermaid statue. It's a bronze statue that was sculpted by Edvard Eriksen, after Carl Jacobsen, brewer at Carlsberg Breweries, saw a ballet performance of The Little Mermaid, and became so enamoured with the ballet, and the ballet dancer who danced the title role, Ellen Prince, that he commisioned a statue to present to Copenhagen. The statue was erected on Langelinie promenade on 23rd August 1913, and is celebrated every year as The Little Mermaid's birthday. 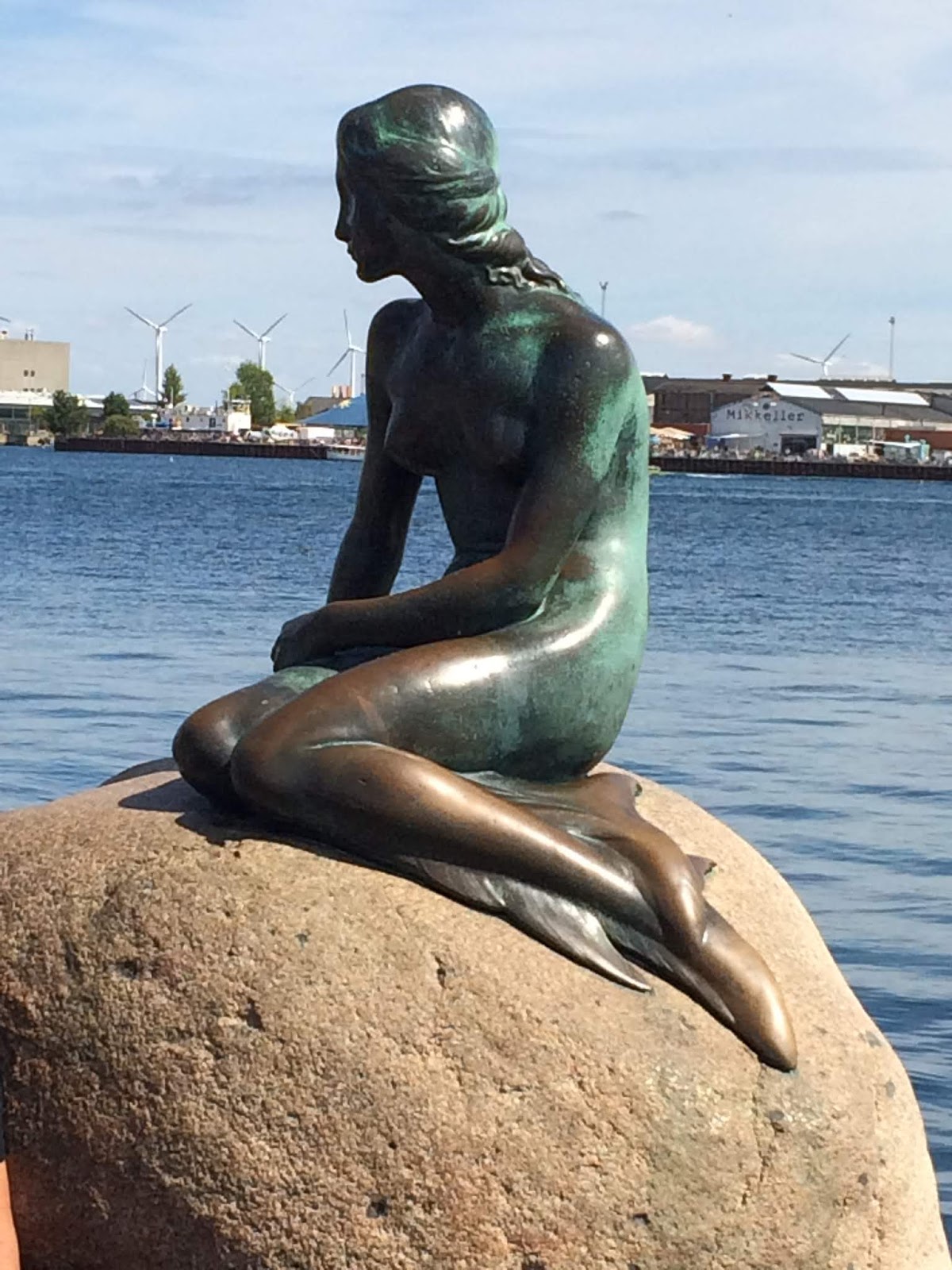 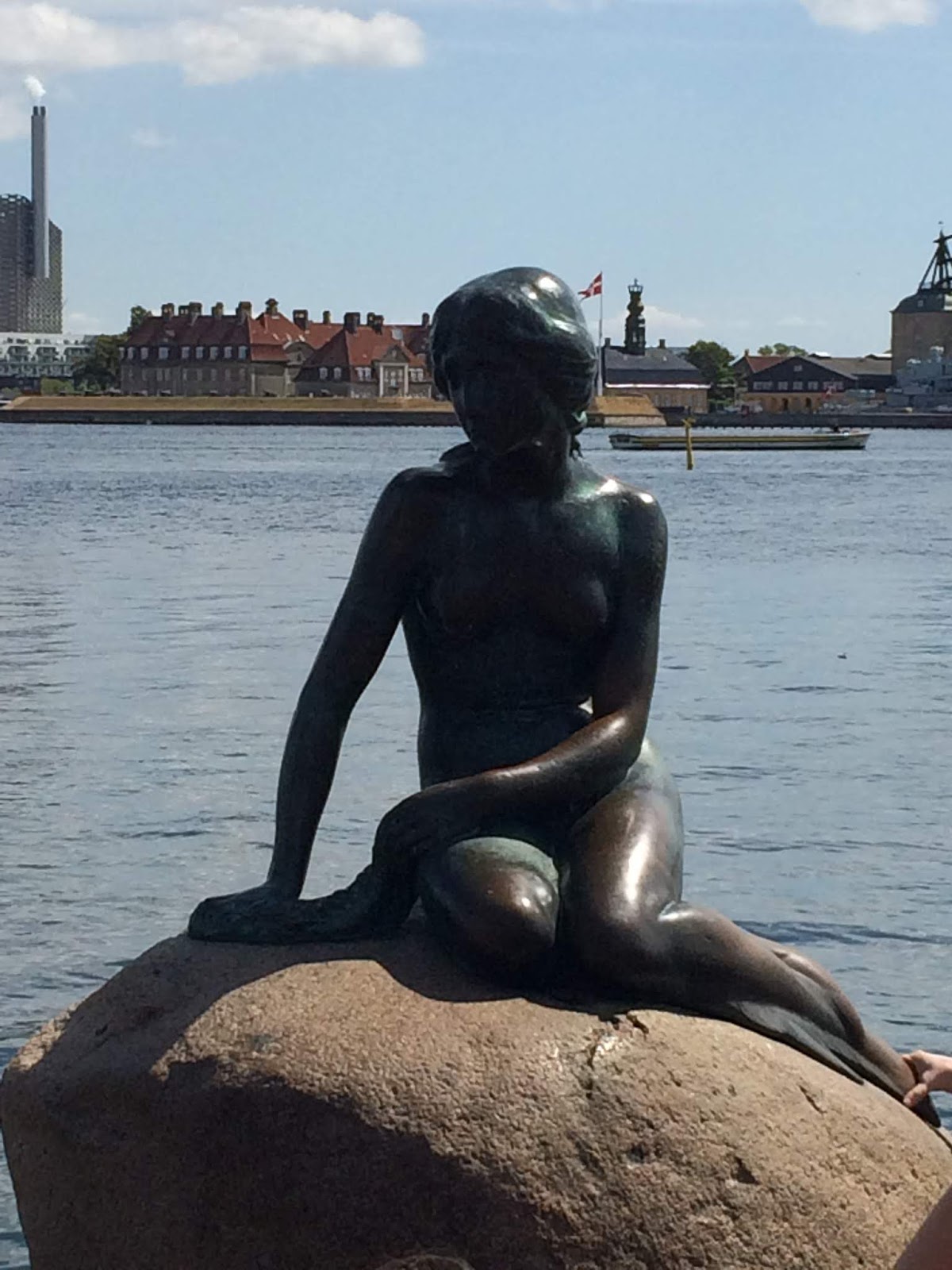 I'd seen The Little Mermaid the last time I visited, several years ago, but I was quite disappointed then. She was situated out in the water at quite a distance, so I couldn't get a good look at her, or take any decent photos. This time, however, she was on land - and is such a tourist attraction that she was swamped with tourists trying to take photos of her and with her. It took quite a while to get some decent shots of her, because there was always someone standing right next to her. I managed to get these shots in between people - one leaving, one coming - but even so, you can still see someone's hand on her foot in the second shot.

Unfortunately, due to the shadow, I couldn't get a great shot of her from the front or from the left, so you can't really see her face, but the postcard below shows it a little better, and if you scroll right down to the bottom, her face is used on the cover of a book I bought. She is really gorgeous, though. She looks so sad, as if on the verge of tears. What I love about her story is the tragedy of it, but it's really something to see that tragedy on her face. I mean, the statue seems to be mid-transformation from mermaid to human, with having human legs with fins and tails at the end, the start of her story, but her face shows the sadness of unrequited love, and of her fate, to turn into sea foam. So beautiful. 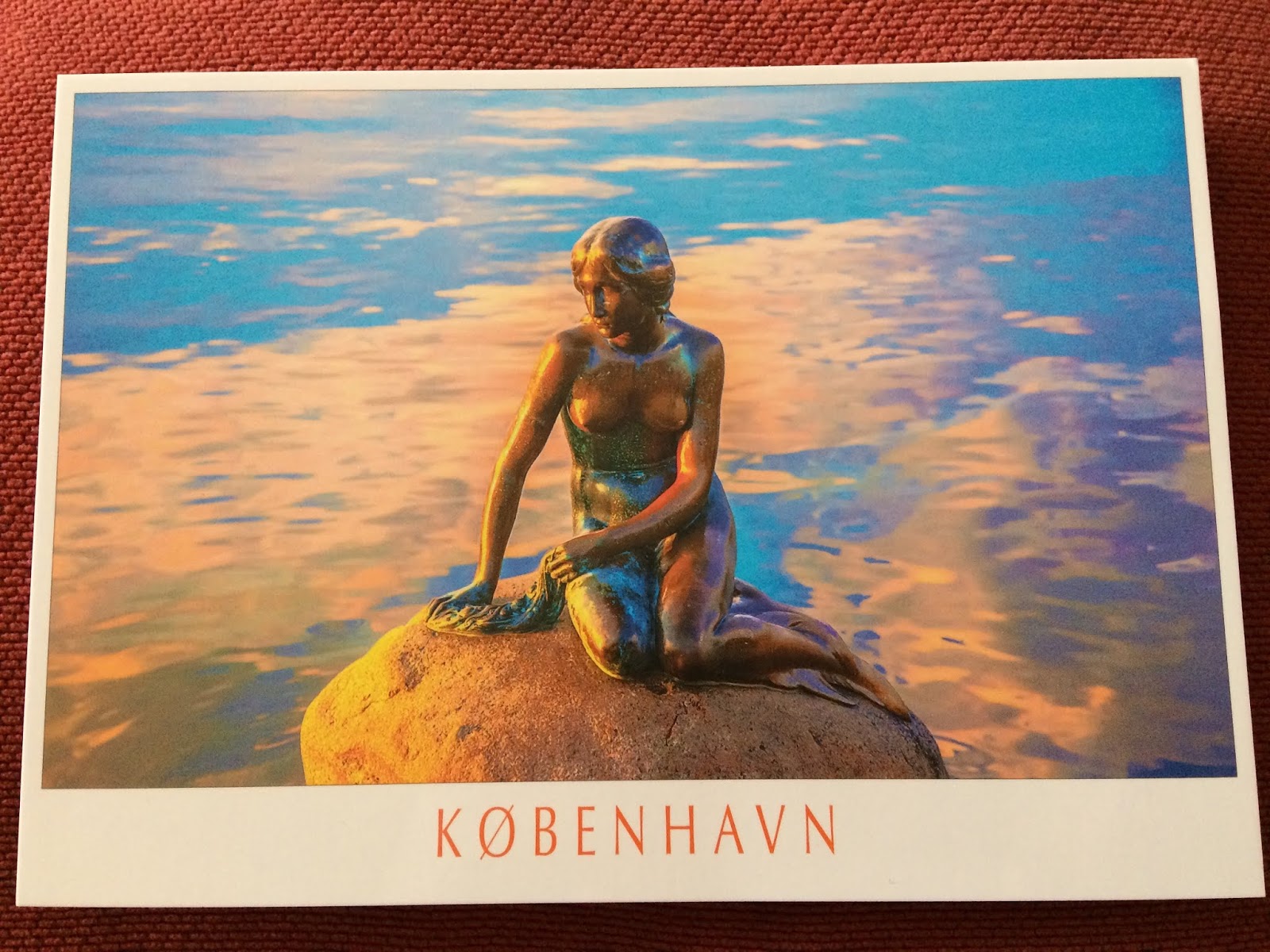 Click to enlarge.
Not too far from the statue, there was a stall selling souvenirs for tourists, mostly relating to the statue. I bought this postcard print of a painting called The Little Mermaid, painted by Julia Samokhalova. It's just gorgeous. 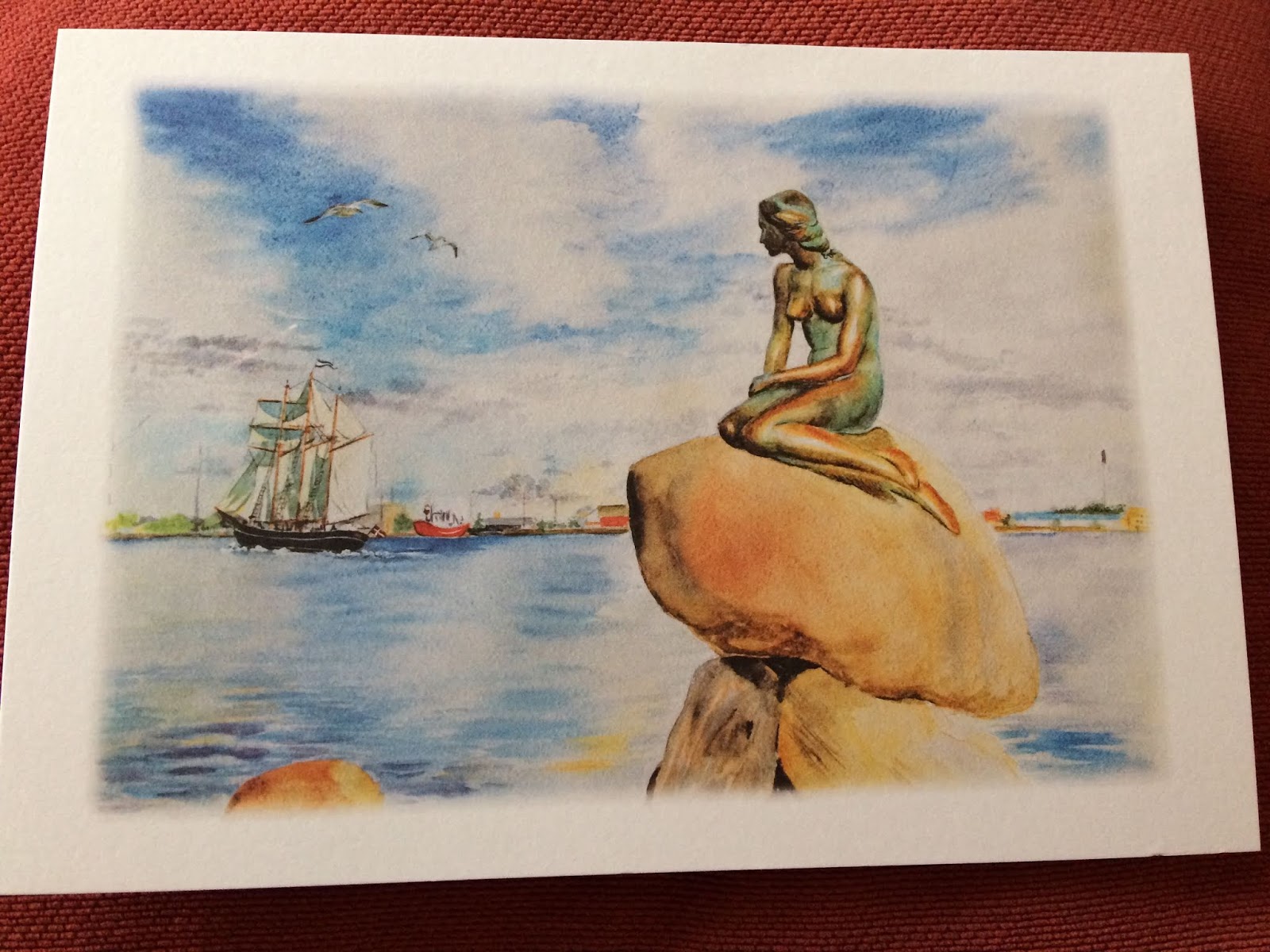 Before we saw The Little Mermaid, we went on a canal boat tour, and as we came back into Nyhavn (New Harbour), the tour guide pointed out that a cafe in Nyhavn is where Hans Christian Andersen lived for 20 years. So on our way back from seeing the statue, we stopped by the cafe, and I took some photos! 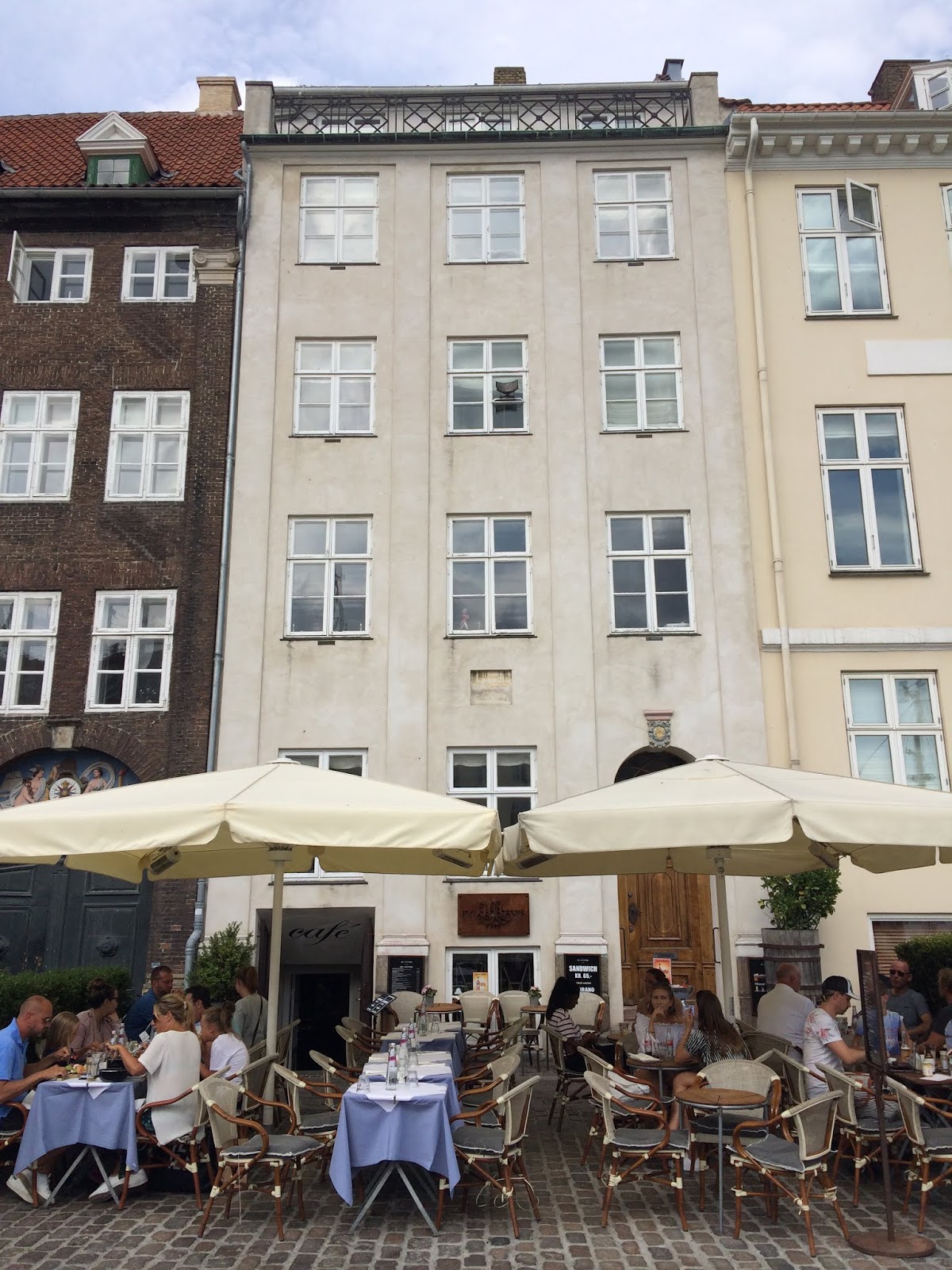 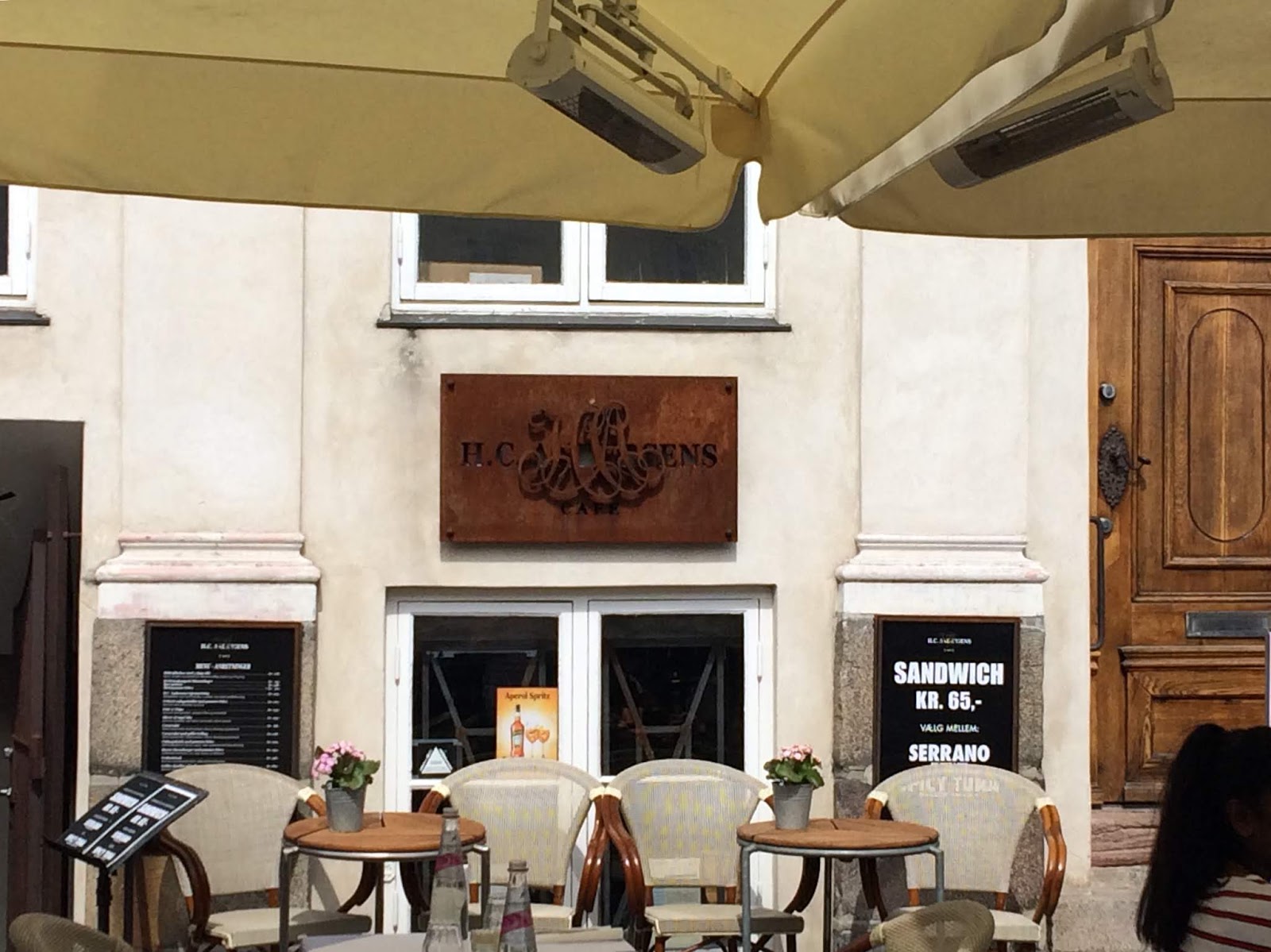 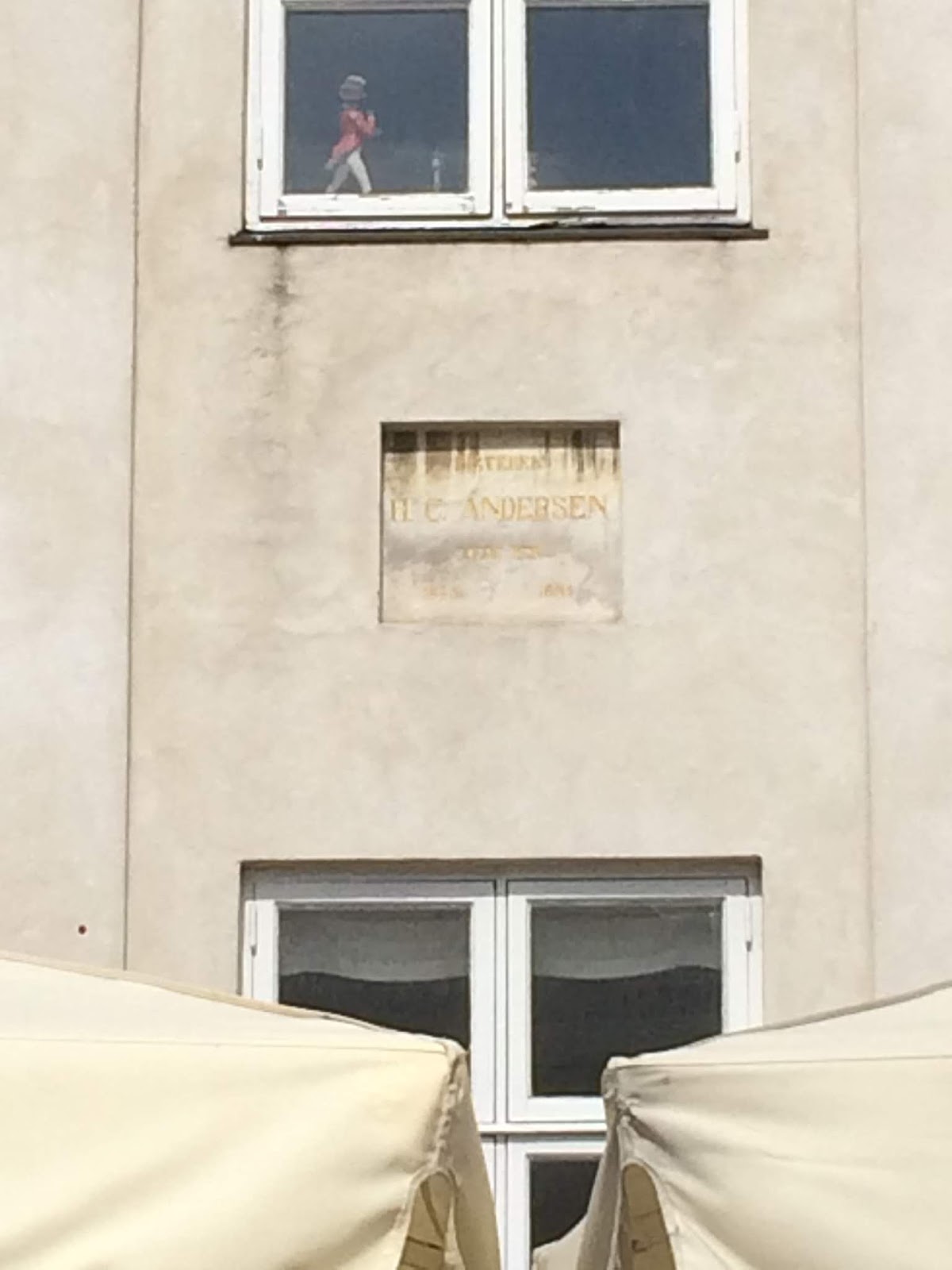 Click to enlarge.
We did look into going in for something to eat, but it was very expensive, and quite posh food, too. Not really my cup of tea.

I should say, since taking the photos of the cafe, I did hear of two other places Hans Christian Andersen lived in Nyhavn, so perhaps this is one of three? Or maybe it wasn't really his home? But then why would they have the sign and the indented sign?

The next day, I went to the Hans Christian Andersen Museum. I knew from reviews online that most people found it disappointing, and knew it was mostly animatronics. However, I wanted to go just to say I'd been. The museum, though, only has a small amount on Hans Christian Andersen, and for the most part, just retells some of his stories. It wasn't brilliant. But I saw some nice things... 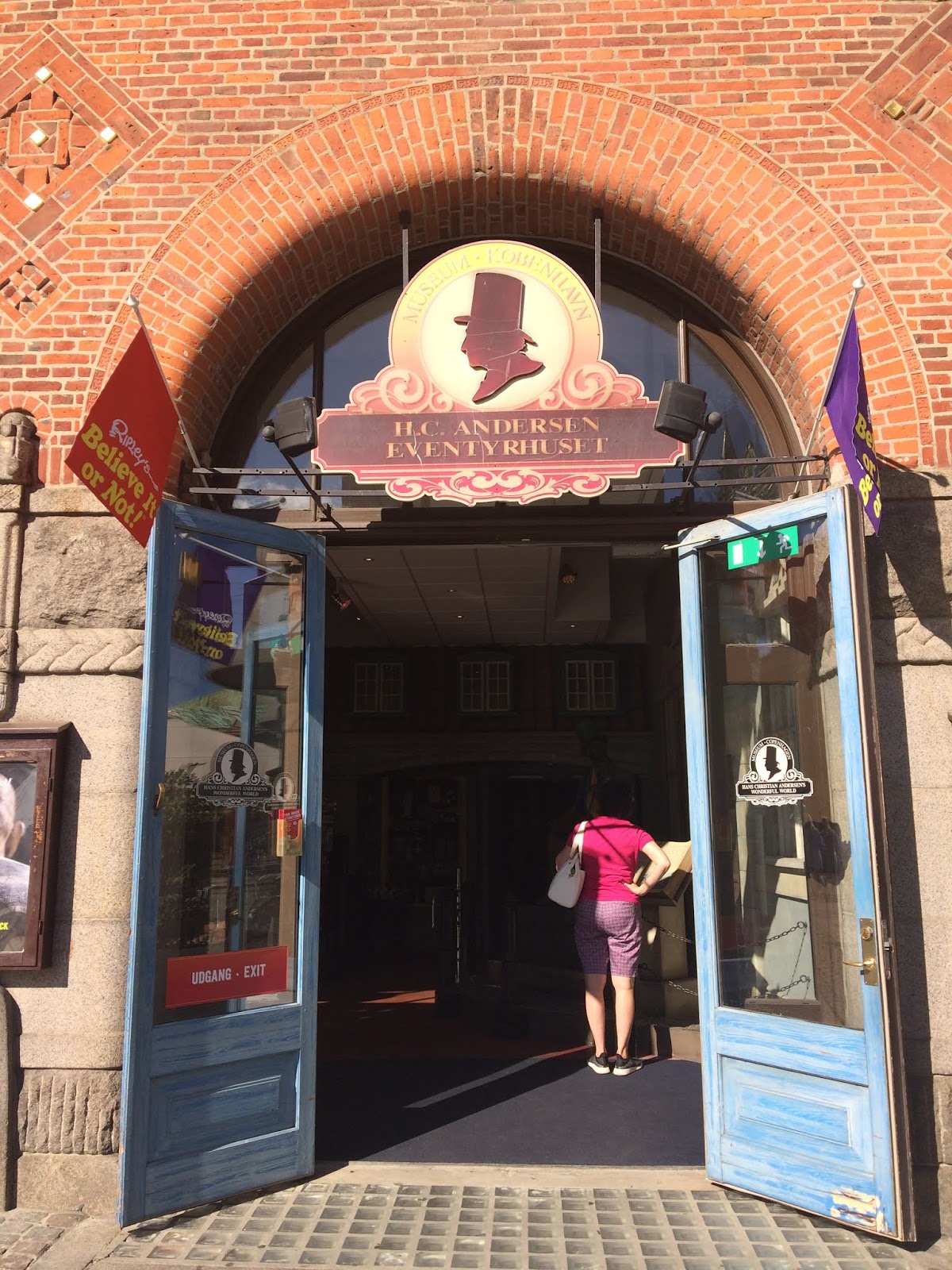 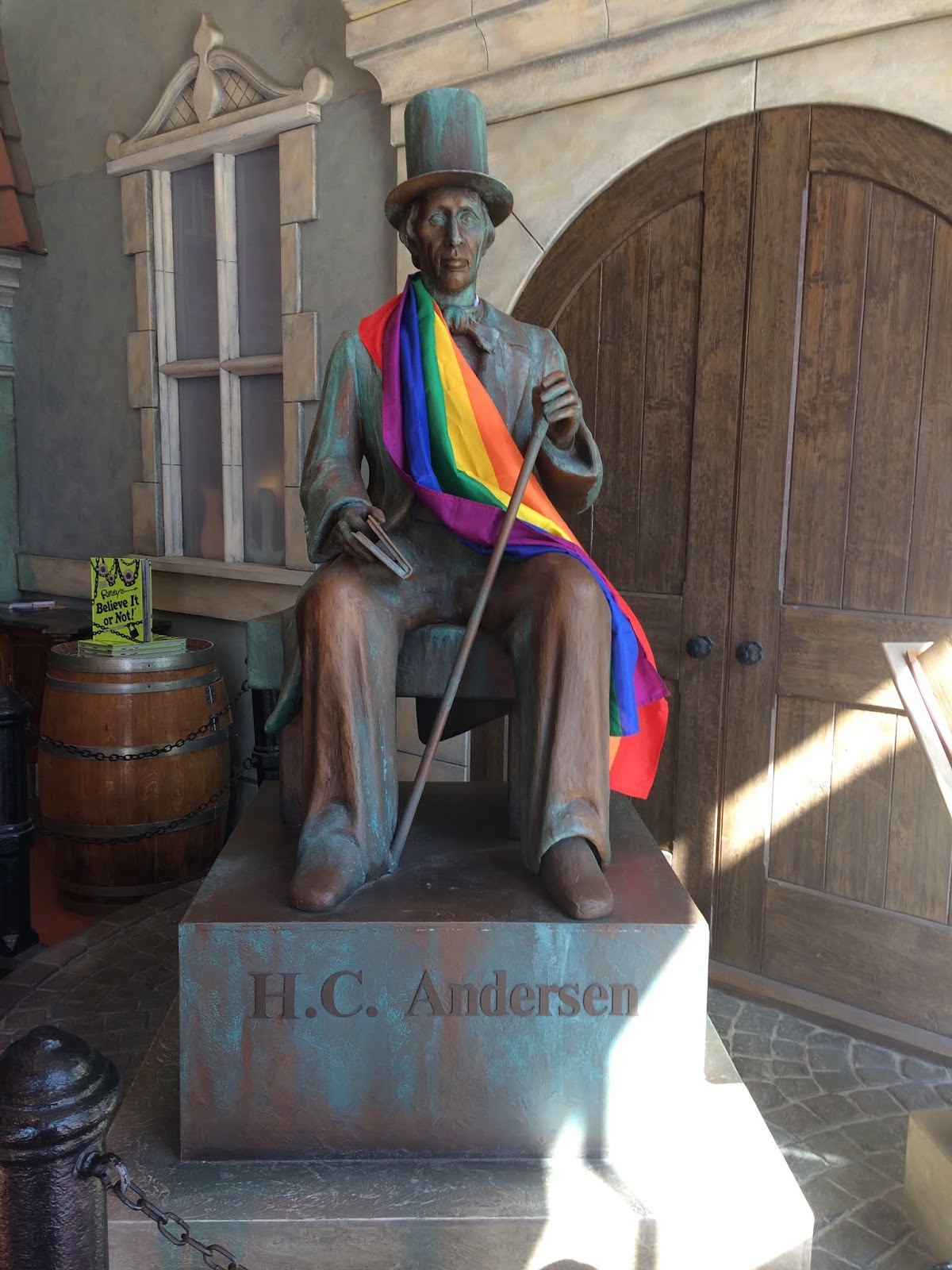 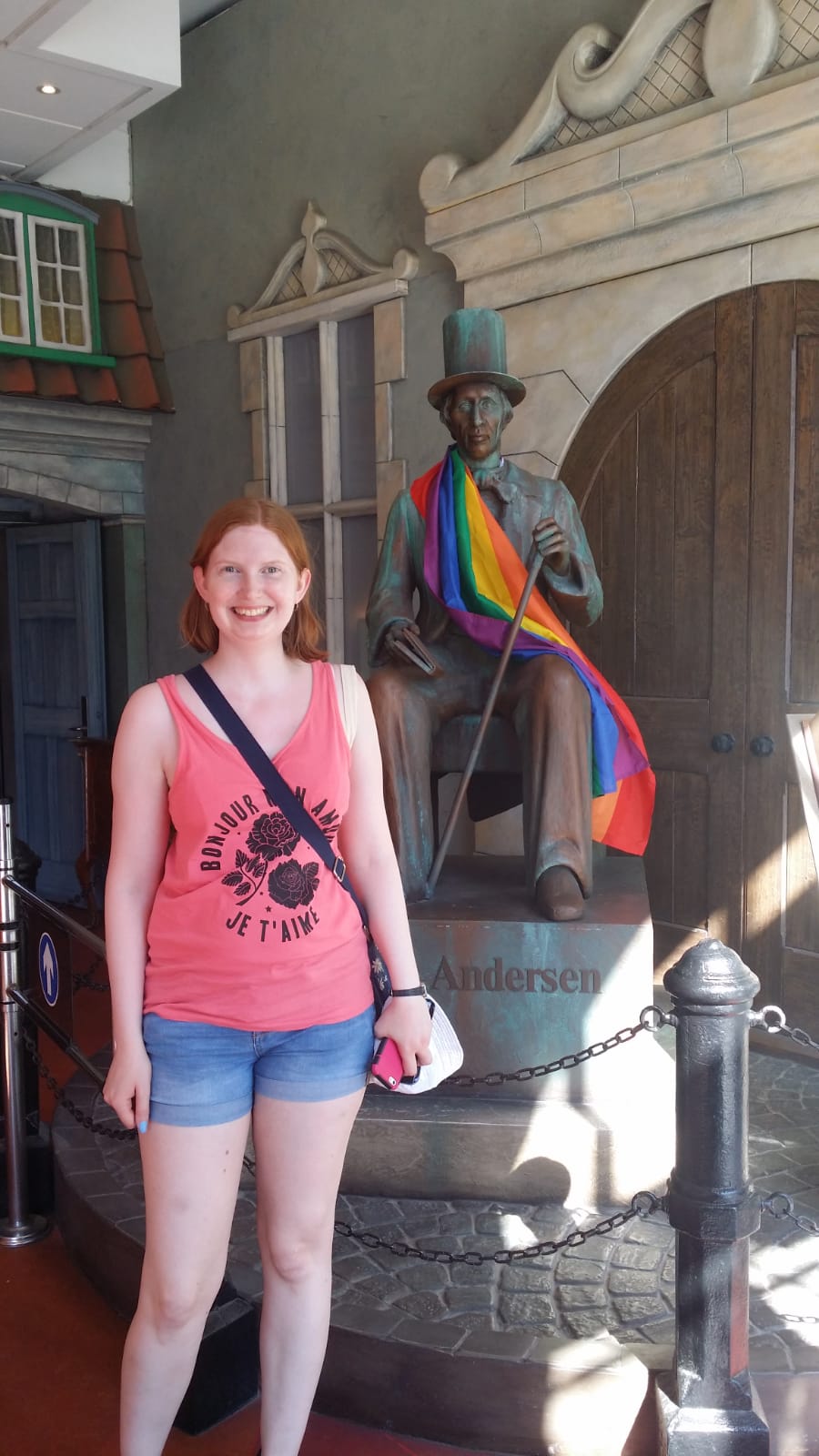 It was Pride Week in Copenhagen while we were visiting, hence the rainbow drape around the animatronic statue of HCA. 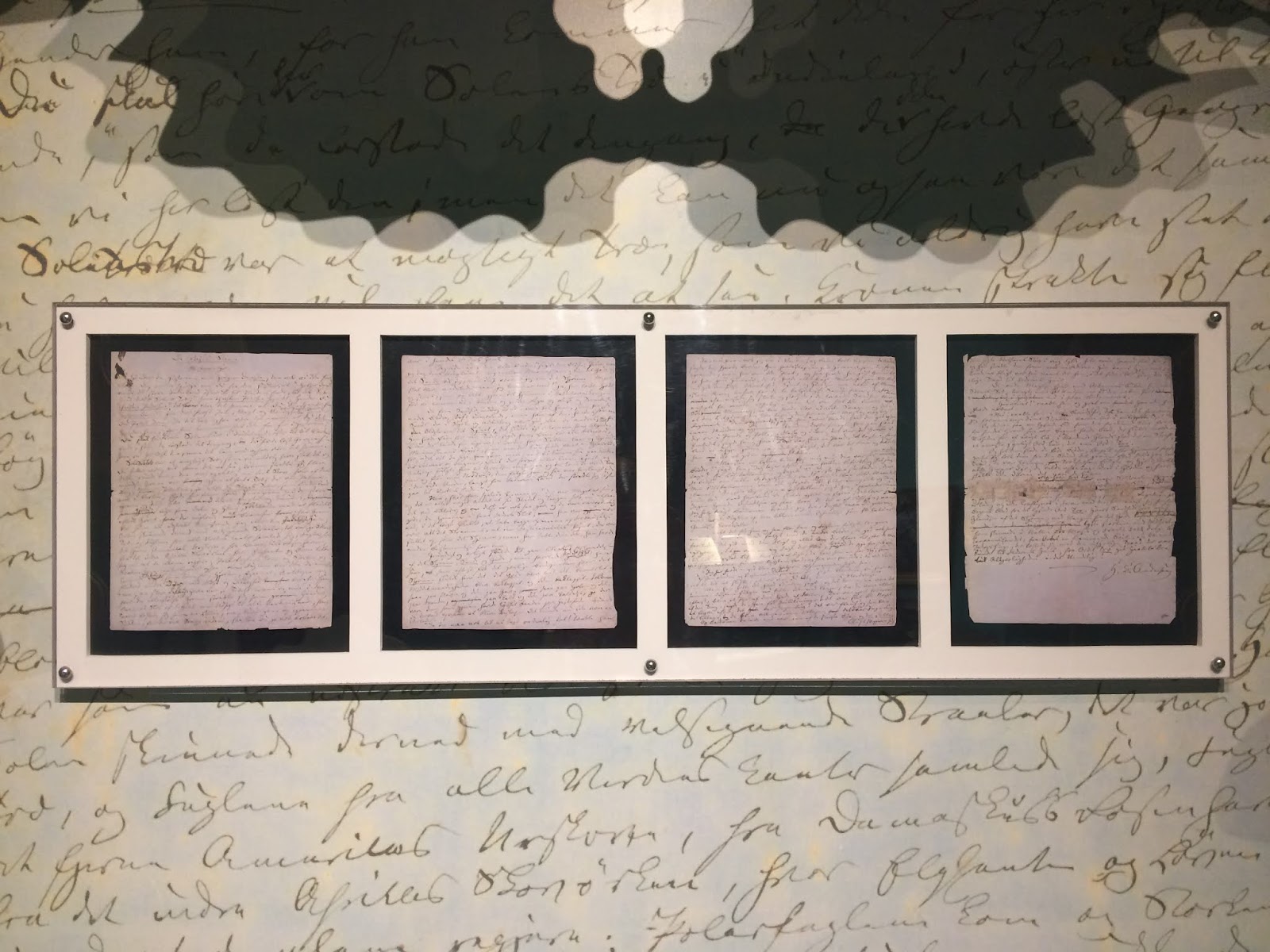 So I made a mistake, and took a photo of the above without taking a photo of the explanation. So I can't tell you exactly what it is, but it is a handwritten story written by HCA.

And below is a print portrait of HCA above a stack of old editions of his fairy tales in Danish. 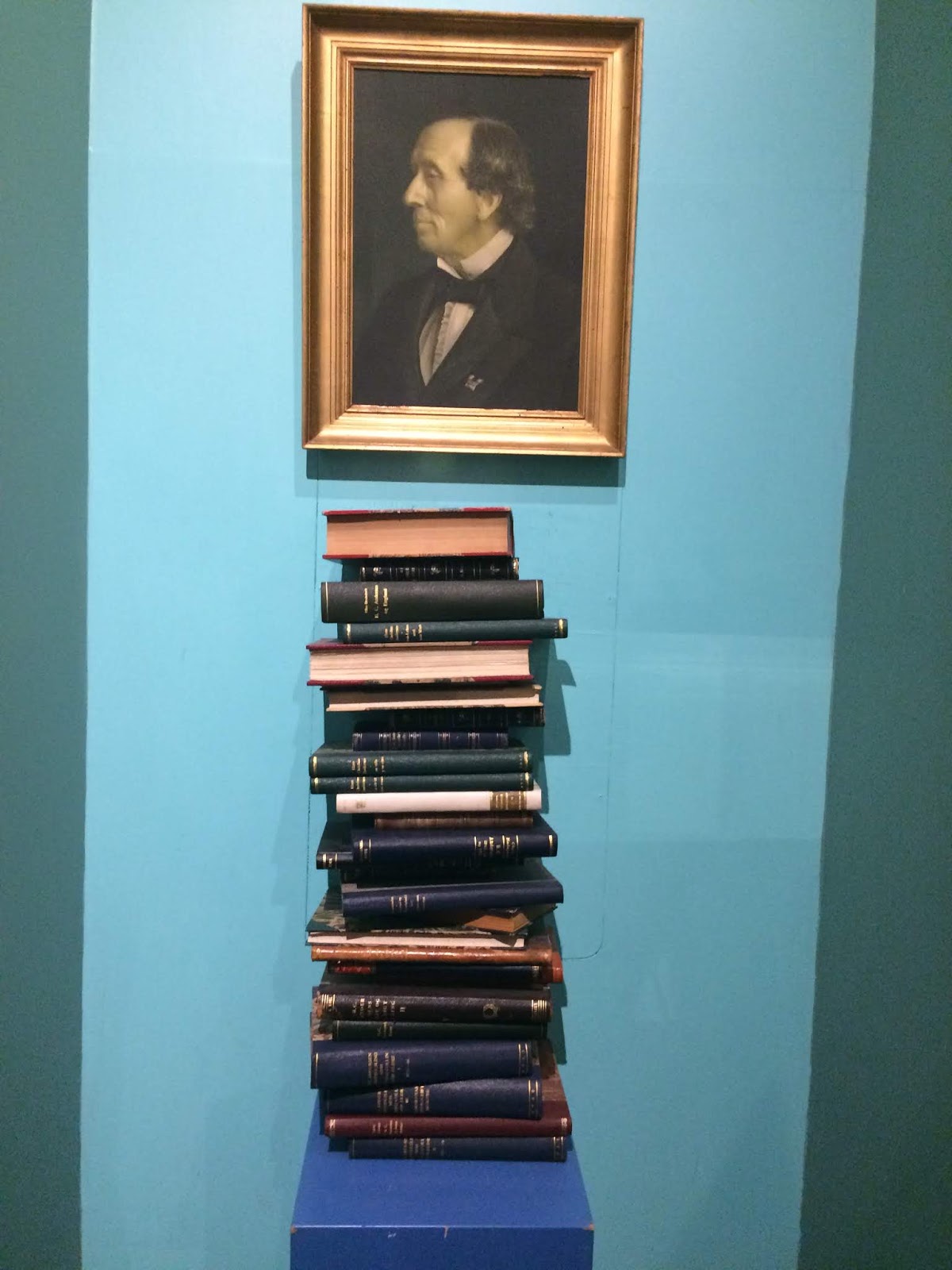 We also visited Frederiksborg Castle in Hillerød, which used to be the home to kings, but now homes The Museum of National History. It's mostly about the history of the royal family and their rule, with lots and lots of portraits. But we stumbled across this portrait of HCA in a room of famous Danes. My Mum was in charge of photos that day, so I don't have the information about it (again). 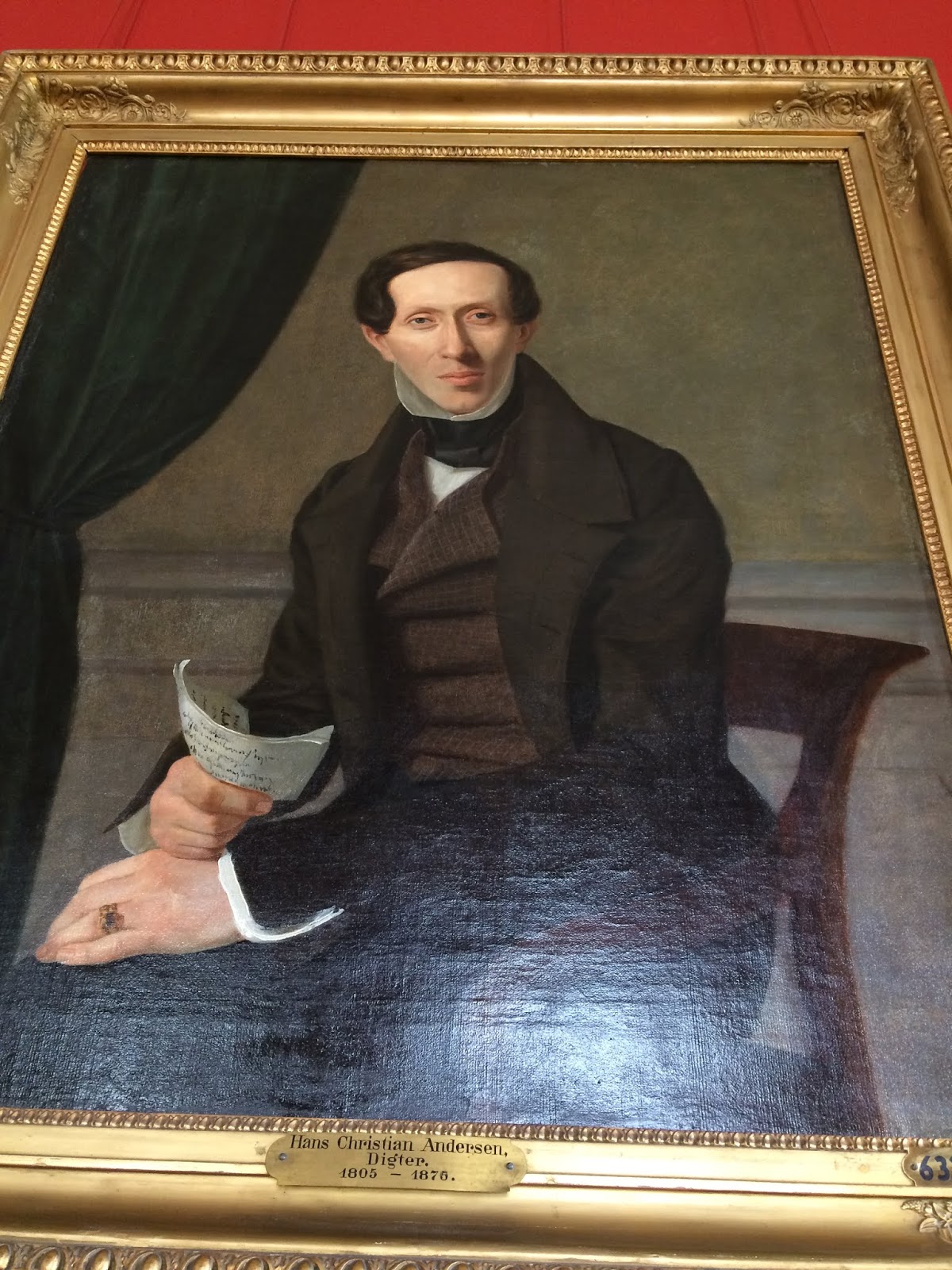 I did think the postcard below was of the same portrait, but obviously not. I've since read online that this portrait was also in the same room, but I didn't see it. It's by Elisabeth Jerichau-Baumann, painted in 1850. Apparently, there's also a nook somewhere in the castel dedicated to HCA, but we somehow missed it, which I'm really annoyed about. 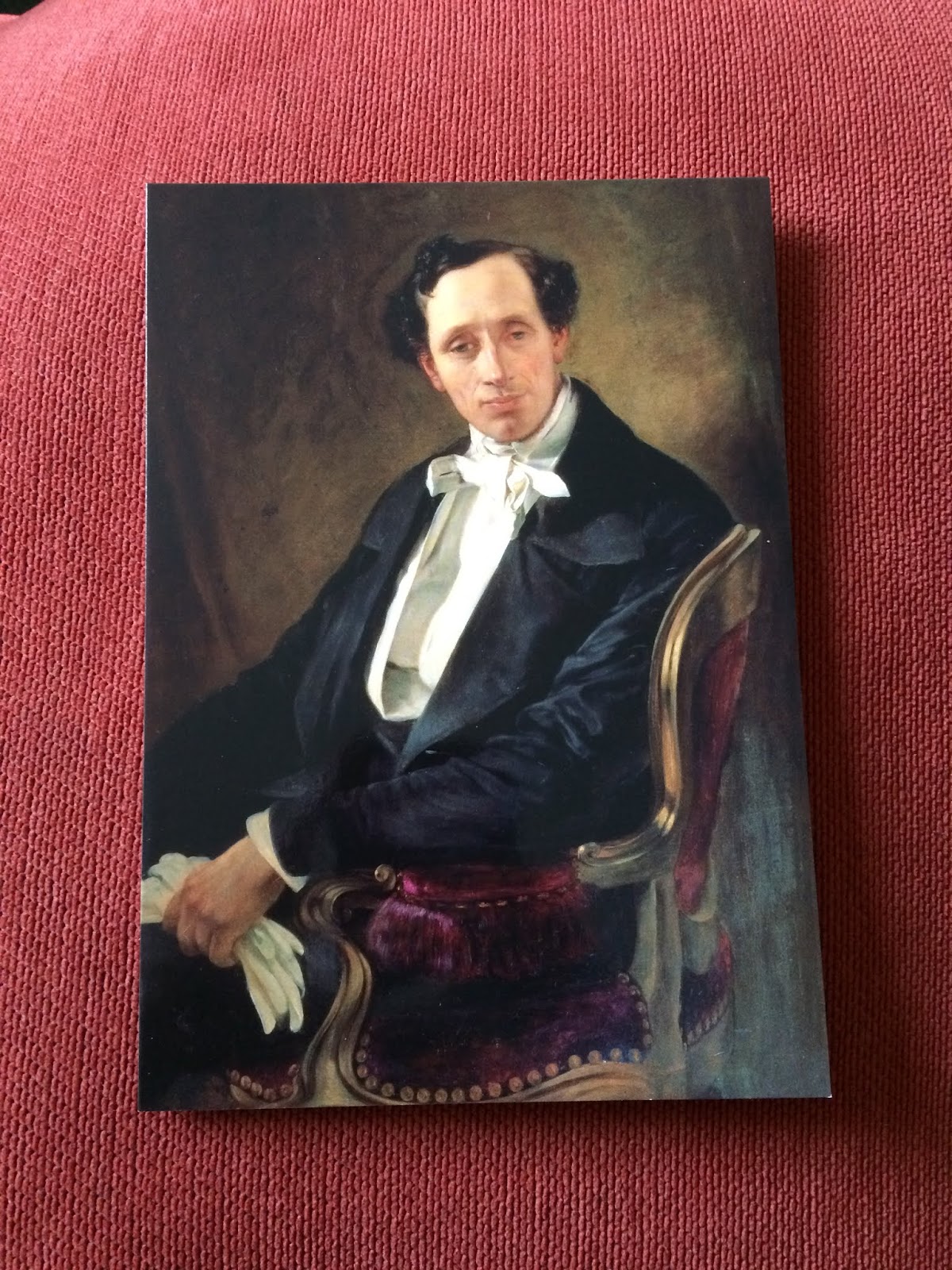 As the HCA Museum was quite a let down, when I saw the book in Frederiksborg Castle's gift shop, Hans Christian Andersen Info Guide, I had to have it. Perhaps now I would learn more about the life of HCA! And I did, but the book is also pretty crap. It's not in chronological order, it gives only basic info on certain aspects, and there's a father and son HCA knew, and it kept switching round their names. Pretty disappointing, really. Not worth the 60 kroner (over £6) I spent on it. 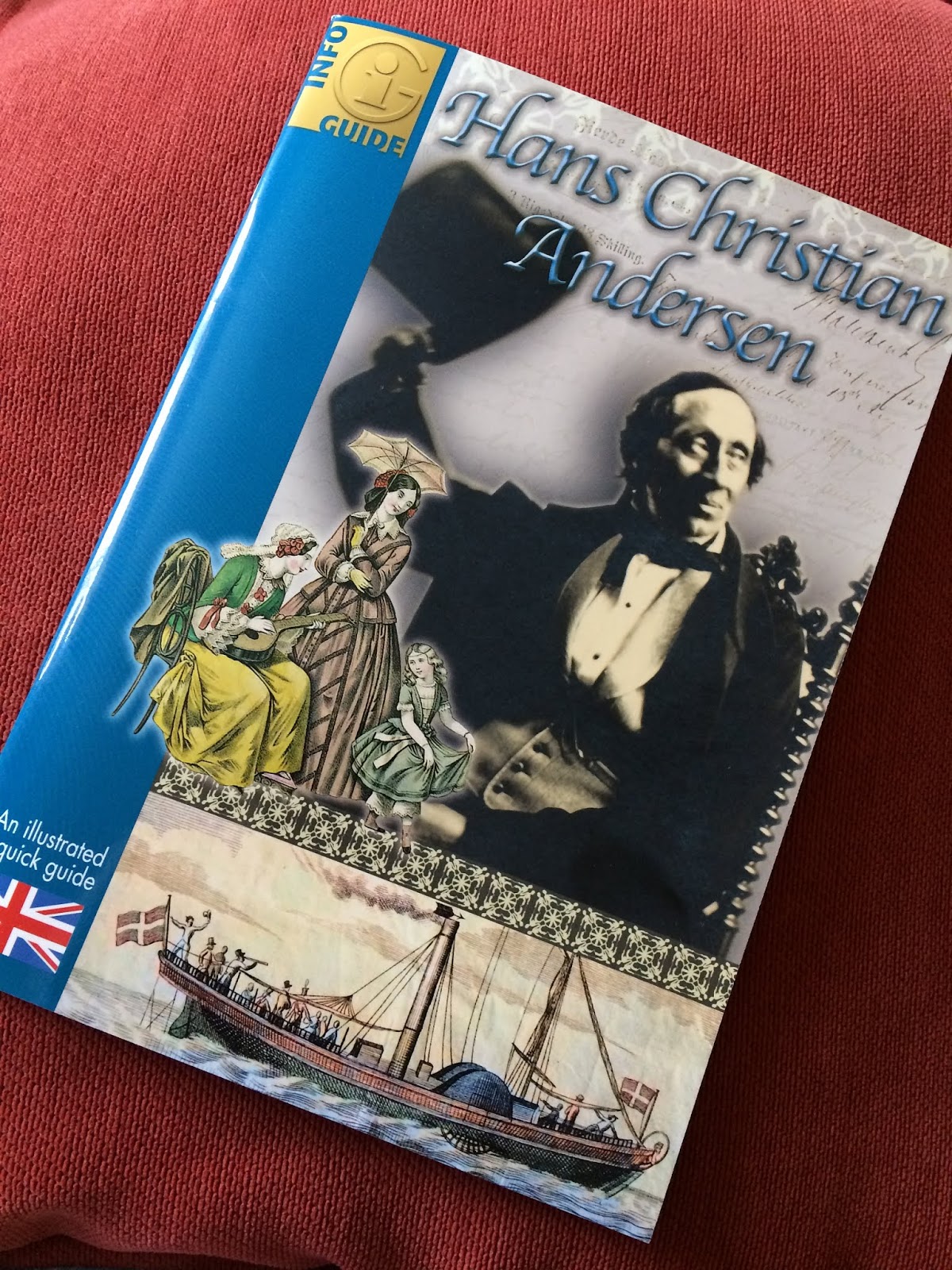 The next day, I took myself to the National Museum of Denmark, which didn't feature anything on HCA, but the giftshop did sell Hans Christian Andersen's The Little Mermaid by Christopher Bo Bramsen. I'm reading it at the moment, and it's incredible. It talks about the statue, features the original story, and then talks about the inspiration behind HCA's story; the myths, legends, and folklore HCA would have known about, and paintings of those various stories, and god, just so much information. It's brilliant. If you love the original The Little Mermaid story by HCA, I would really recommend getting ahold of this. I'll be reviewing it once I've finished. 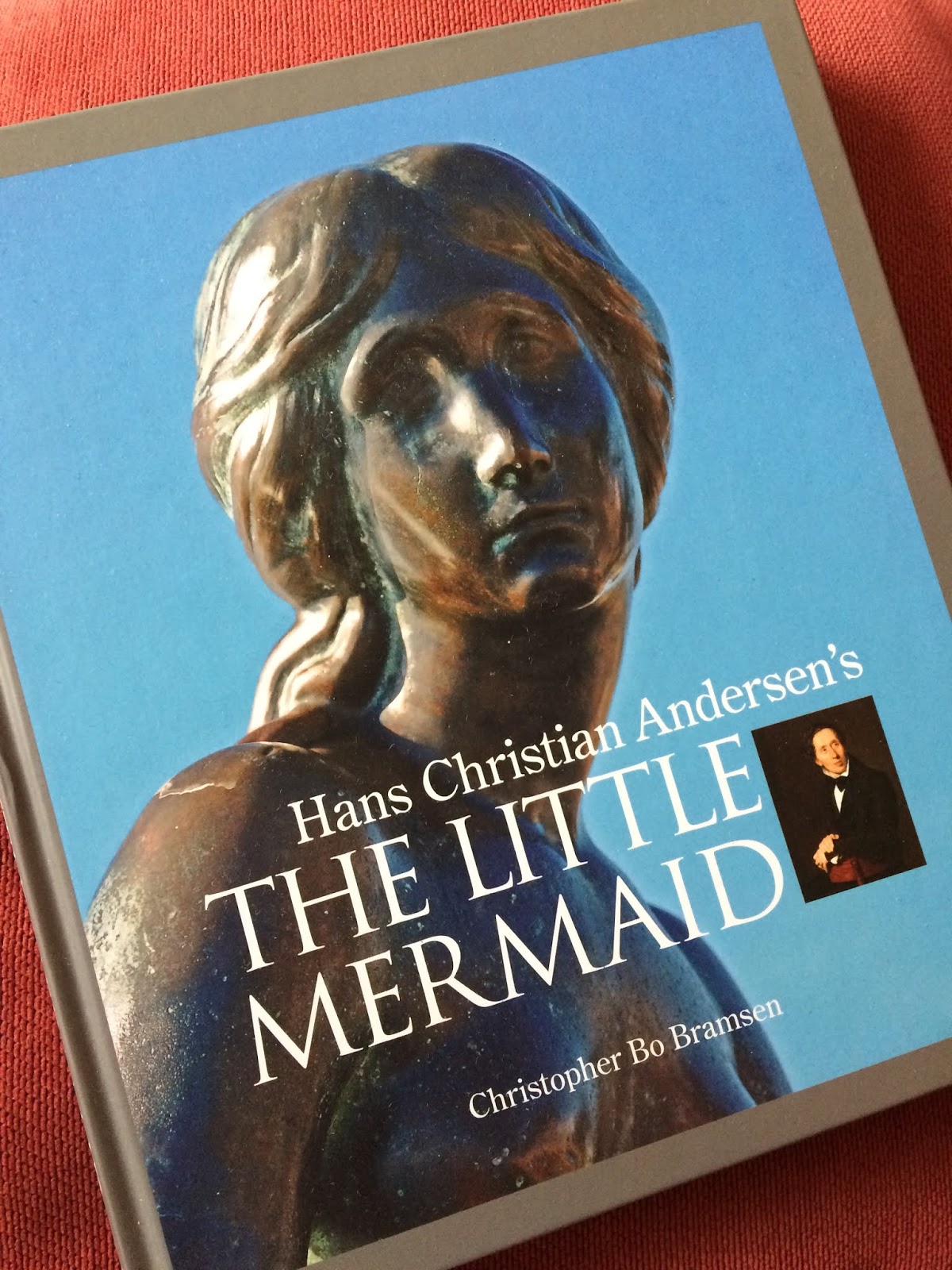 I just have one more thing to share, and it's a little silly. On our first full day there, we walked up the famous Round Tower, and while walking up it, we saw the privy - the sign saying that HCA had used it! So of course, I had to have a photo. My mum took the photo, and only took one, so unfortunately it's blurred, and you can't really see the privy, but this is me crouching over it. With my H&M bag. Ha! Below is some information on the privy that mentions HCA using it. 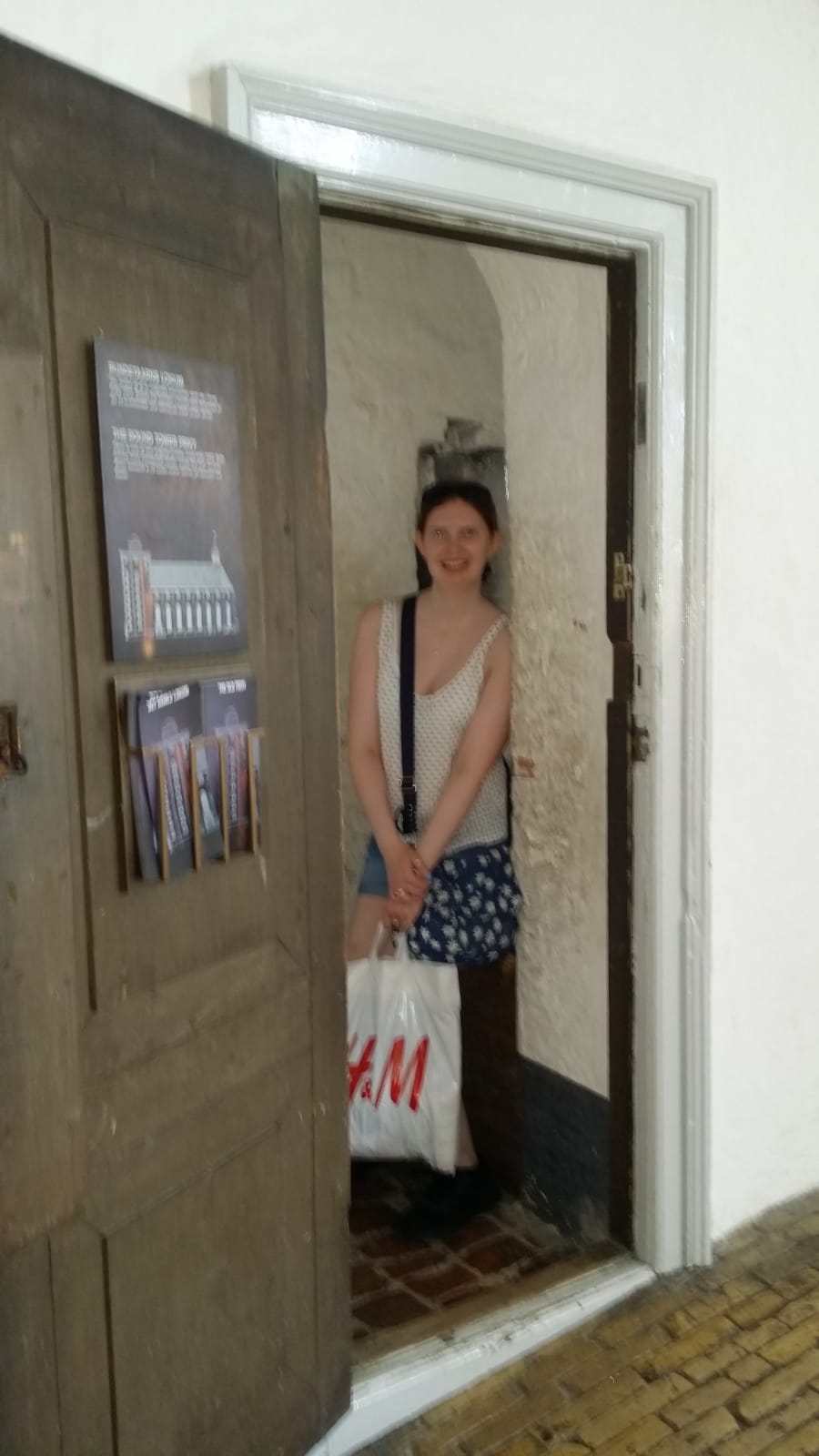 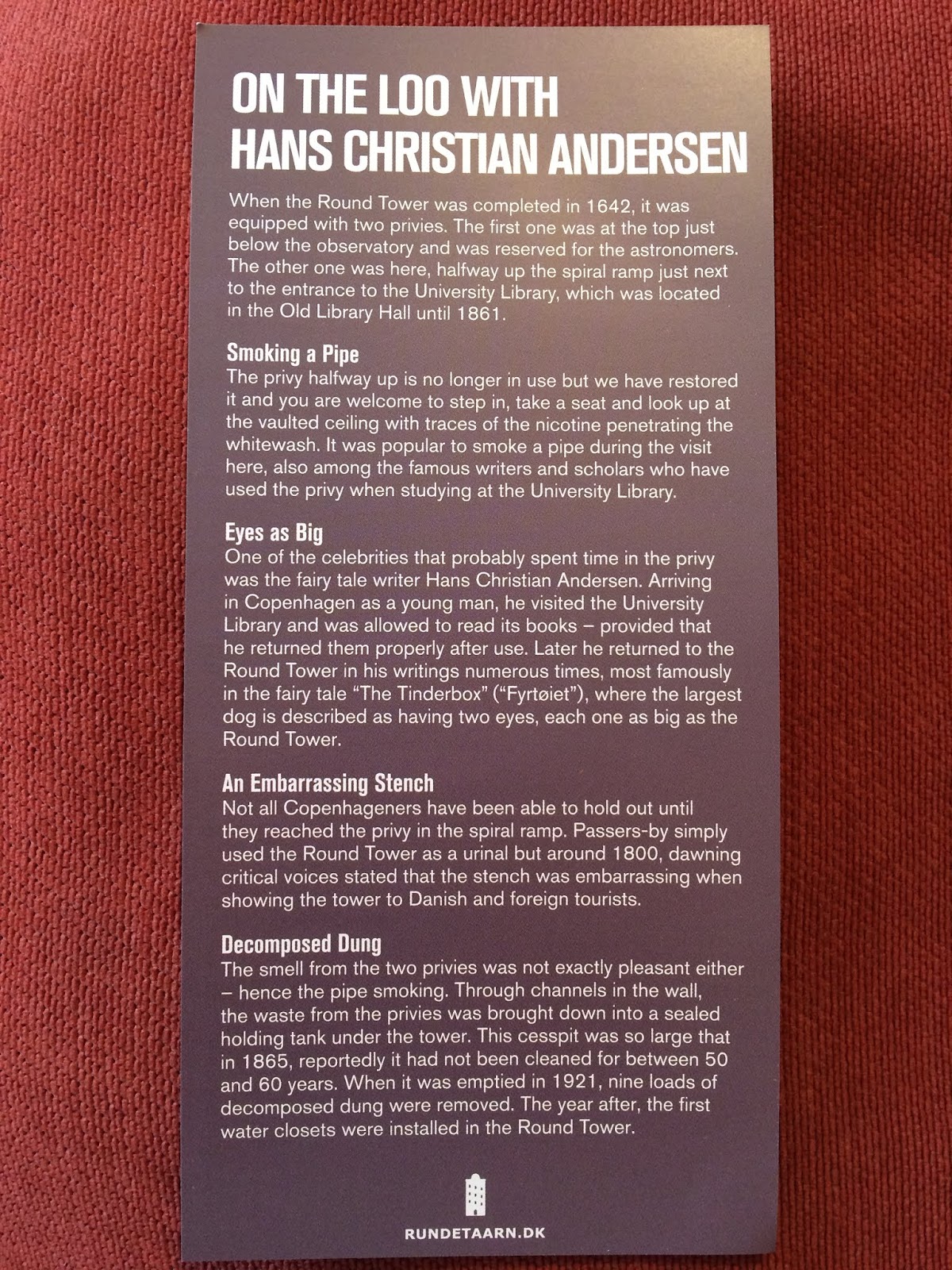 Have you ever been to Copenhagen and seen any of the above? Or have you ever visited the home town/home of a different author you love? A kind of literary pilgrimage? Tell me all about it!


This post first appeared on Once Upon A Bookcase, please read the originial post: here
People also like
My Nametags Italia – Le Migliori Etichette Personalizzate in Italia
Ancient Gods: History of the World
How come so many Christians don’t really know God?