When I first started looking at the YA books I had on my shelves featuring mental illness and researching others I could read for this event, I realised that pretty much every one featured white, cishet, otherwise non-disabled, Christian/athiest (or no religion specified) characters. Apart from a few, most of the books I were coming across featured no intersectionality whatsoever. So I did more research and asked for recommendations, wanting the event to feature as many books with protagonists with intersecting identities as possible, and made a list. It featured 15 books in total, with 11 of them featuring protagonists of colour. Fortunately, since making that, I have discovered a few more books to add to the list, but there are still too few. 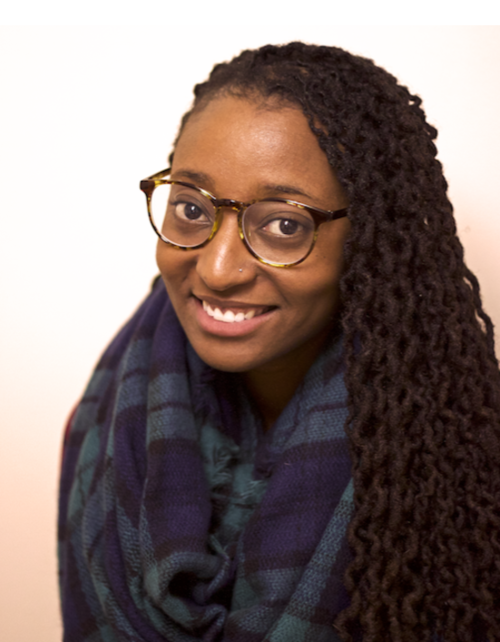 Universal empathy is the key to making the world a better place.

That might sound like an oversimplification, but all the greatest crimes against humanity were perpetuated by lies that dehumanized a group of people. Empathy is essential to imagine people complexly--it’s seeing someone as being as real, as human, as you are. But empathy isn’t something that is easily obtained.

Take, for instance, this story:

Remember when that online, grassroots campaign to get Donald Glover to play Spiderman was going around? I saw a video during that time of him talking about how comic nerds and purists were upset about the campaign. And he understood that--wanting something that they felt was theirs not to be ‘taken away from them’. But the part of the video that struck me most was when Donald brought up one guy in particular who sent him a letter that said something along the lines of “there just aren’t any black kids like Peter Parker.”

(Think about that. I’ll get back to it in a minute.)

The children’s book industry has been making small but steady strides towards being more inclusive in the last five years, and it’s incredibly heartening. There is space being made for more marginalized voices, and more stories that include disability, illness, culturally and religiously diverse characters are being published than ever before. We still have a long way to go, but I do believe we’re moving in the right direction. And reading these stories is essential for developing empathy at an early age. Children being given windows into the lives of kids who are nothing like them will inherently become more empathetic because they’ll be challenged to imagine diverse groups of people complexly as they read.

That said, in a world where nearly three-quarters of white people don’t have any non-white friends; where gay marriage is still a debate; where mental illness is continually shrouded in so much stigma and shame; I think we need to do more.

We desperately need diverse books. But what we need even more is diversity within diversity, or as some call it: intersectionality. We need Asian characters who are mentally ill. Black characters who are nonbinary or trans or asexual. Native characters who want to be rockstars, and disabled characters who ride skateboards and have crushes and who are allowed live and love just as often and just as freely as able-bodied ones. Because seeing this kind of representation is essential in developing universal empathy.

The guy who wrote to Donald Glover had probably never encountered a black kid who lived in Queens with his aunt and uncle, who loved photography and wanted to make the world safer. He didn’t have the ability to imagine black kids complexly, so he’d dehumanized them in his own head whether he realized it or not. But let me assure you, those kids exist. We just aren’t seeing them in stories very often.

For too long characters with any one marginalization have been defined by that one thing, and often that one thing was depicted as bad--as something they have to struggle with or overcome. These stories were told over and over again, so often that in some cases the single, flawed narrative became accepted as fact. And the danger of telling a single story is evident everywhere in our society.

Seeing immigrants and muslims and black men as threats. Seeing trans people as sexual deviants. Seeing disabled people as irreparably broken, burdens, or people to pity or ‘fix’—these are all the result of flawed and overly simplistic storytelling. In these stories, a character might be Black or Queer or Mentally Ill. But never all three at once, and almost never happy.

But I’m black, queer, and I have (at times) crippling anxiety. What do those stories say to people like me? People who are all those things and more?

Intersectional stories, on the other hand, challenge readers to imagine people complexly. And in imagining someone who is nothing like you as a person with infinite value and complex emotions, desires, and dreams, you become more empathetic. Empathy is the key to seeing someone as human. And the more empathetic we become as a society--the less we inadvertently dehumanize people who are different from us--the better off we’ll all be.

Lastly, here are a few novels that handle intersectionality with compassion. I hope you’ll read some of them.

Thank you, Ashley, for such an incredible guest post! Isn't it just brilliant?! Check out Ashley's recommendations, and come back tomorrow, where I will list all the YA novels featuring protagonists with mental illness and other intersecting identities I know of.


This post first appeared on Once Upon A Bookcase, please read the originial post: here
People also like
Hydrant – Hydrate Grapefruit Flavor
A Guide To Visiting Antigua, Guatemala: The Best 5 Things To Do And See
Useful Tips for Building a Stronger Company Culture
Vigilante: The spiritual successor to Kung-Fu Master
What would happen to a modern-day Moses in America?
Casey Veggies On New Endeavors, His Start With Odd Future, & Beef With Former Business Partner