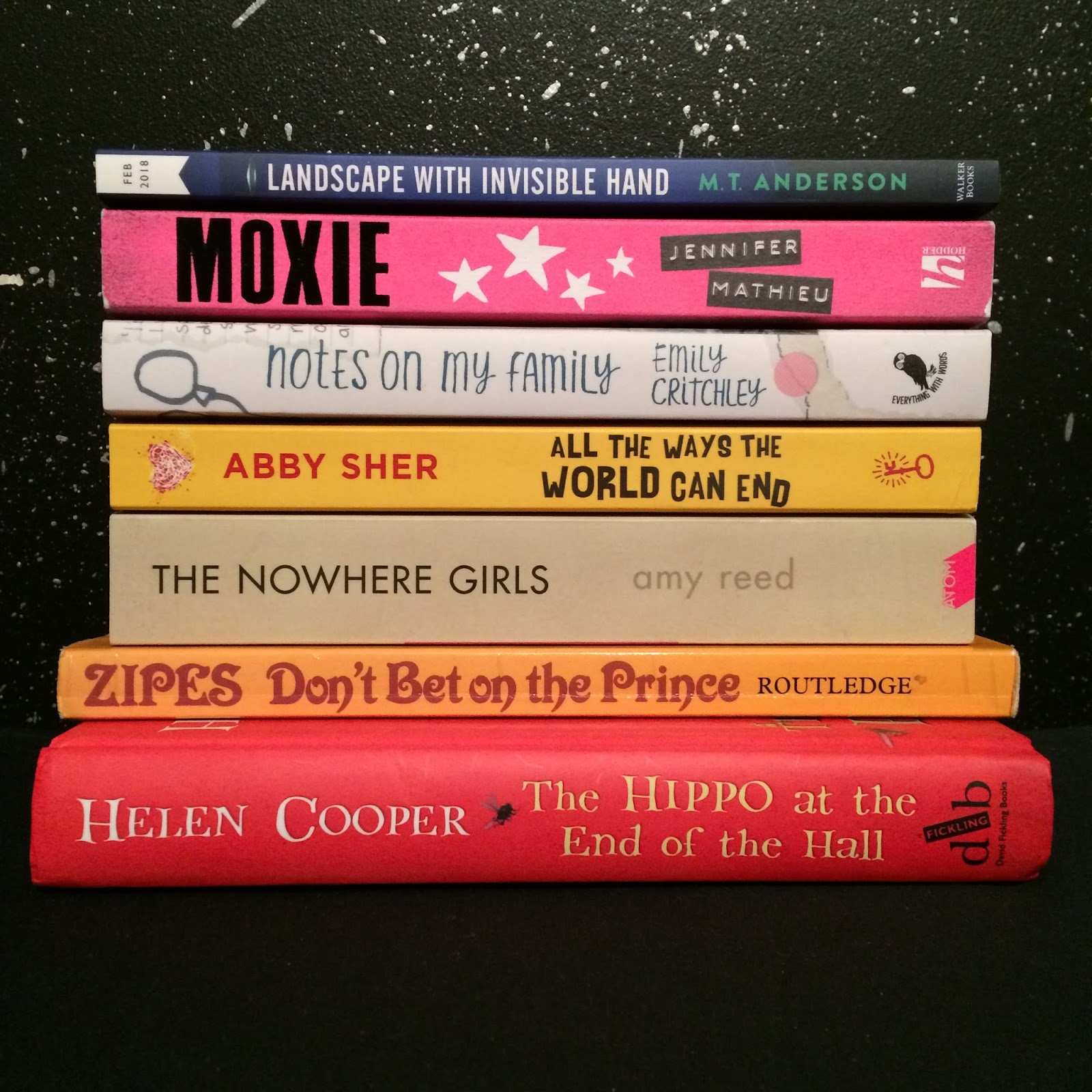 Moxie by Jennifer Mathieu (21st September 2017)
I've wanted to read this one for so long! And it was SO good! Bringing feminism to school! I loved it, see my review linked below.

Don't Bet on the Prince by Jack Zipes (15th November 1986)
So this book is older than I am, huh. I've wanted to read this book of feminist fairy tales since reading about it in Deidre Sullivan's piece on fairy tales for the Irish Times (linked below). It sounds really good, and I'm so looking forward to reading it!

Landscape with Invisible Hand by M. T. Anderson* (1st February 2018)
This book sounds so interesting! Aliens come to Earth, but not to invade, but to share with us their technology and cures for all illnesses. This can only be a good thing, right? Wrong, when technology replaces employees, and people struggle to buy food, water and the medicine. The book follows Adam and his girlfriend Chloe as they try to survive in this world.
The Nowhere Girls by Amy Reed (5th October 2017)
This story is about three girls who try to fight for justice for a girl who was gang raped, and start The Nowhere Girls, where girls fight sexism and support and help each other. It is so incredible. Blew me away. You can find a link to my review below.

Notes on My Family by Emily Critchley (15th November 2017)
This is published by a small, indie publisher. I don't really know how to summarise this one quickly. Check the Goodreads link. The main character is on the Autism Spectrum, and there's an extract on the author's website that was really intriguing. Looking forward to giving it a go!

All the Ways the World Can End by Abby Sher (27th July 2017)
I was sent a copy of this to read for Mental Illness in YA Month, a blog event I'm holding next year. About a girl, Lenny, who researches every night about things that could cause an apocolypse for a sense of control, while her Dad is dying of cancer. This is an #OwnVoices novel that features OCD.

The Hippos at the End of the Hall by Helen Cooper (2nd November 2017)
This sounds like such a cute book - magic and mystery and intrigue - and it's so beautifully illustrated! Looking forward to reading it!

Some Kind of Wonderful by Giovanna Fletcher (16th November 2017)
This sounds really good! An adult contemporary (maybe romance?) about a woman who's boyfriend ends it with her after ten years together, and how she decides to figure out who she is without him, and try different things along the way.

Genuine Fraud by E. Lockhart (7th September 2017)
I don't know too much about this book, as the description does't give anything away. But it's about a girl who constantly reinvents herself, pretending to be people she's now. It's by E. Lockhart, so it's bound to be brilliant!

The Toy Makers by Robert Dinsdale (8th February 2018)
This sounds so interesting! It's historical fantasy set during First World War, about a toy shop and it's life-like toys, and the family that runs it who take a homeless girl in. It sounds so good!

The Girl in the Tower by Katherine Arden (25th January 2018)
This is the sequel to The Bear and the Nightingale. I'm still yet to read it, but it does sound awesome, so I'm glad to now have the sequel to read, too!

Everless by Sara Holland (4th January 2018 - 2018 YA Debut)
A high fantasy novel where time is a commodity in people's blood, and you can sell the days of your life: the rich live long, the poor live short lives. It centers around a girl who becomes a handmaiden at Everless Estate, and finds herself caught up in a rivalry over the secret to immortal life. Sounds SO intriguing!

Love, Hate and Other Filters by Samira Ahmed (16th Jauary 2018 - 2018 YA UK Debut)
An #OwnVoices novel that deals with Islamophobia; how the only Muslim teen in town is treated after a terrorist attack happens in America, the suicide bomber sharing her surname. It sounds incredible, and I'm so excited it's being published over here in the UK! 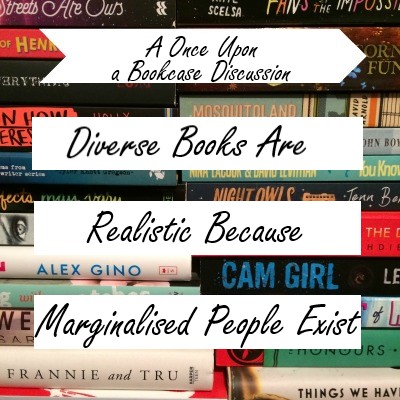 Your reviews are so beautiful and thoughtful, Jo
— Lydia Ruffles (@lydiaruffles) October 8, 2017

Lydia Ruffles is the author of The Taste of Blue Light, which I reviewed last. Here, she is commenting on my review of Tangleweed and Brine by Deirdre Sullivan. It amazes me that an author took the time to read a review I wrote about a book which is not her own, to like that review, and then tweet me to say the above. It's bizarre. I don't generally think about authors reading my reviews - unless I tweet positive reviews of books to their authors - so it's weird and awesome to think they do, and actually like what I write. I'm a little bit thrilled.


This post first appeared on Once Upon A Bookcase, please read the originial post: here
People also like
Frasier’s Honey Snow: Does truth hurt relationships?
What is Digital Health and Fitness? Tools to create boundless studies
What do search robots do?
What to wear: outfit ideas for Christmas & summer
Online Massage Therapy Courses, are you ready to start today?
Karen Wiesner: I Have Dreamed a Little Dream (Authors and Dream Inspiration), Part 2
First Bitcoin Futures ETF Trades Nearly $1 Billion in One Day