I went to a community college where I was very fortunate to study with a group of professors who had all started there in 1965 when it opened. They included the actor Aidan Quinn's father, Michael, who was just one helluva good professor. I studied Shakespeare, poetry, short stories, and classics with him. He had been forced to commit entire Shakespeare plays to memory as a student at Trinity. He knew these pieces inside out. All of this for $15 dollars a credit hour. Best of all, he was very generous with his time, and often entertained my dumb-ass as I asked him endless questions about what we had just talked about in class.

Notre Dame Cathedral is burning this afternoon. Unlike many people, I have no conflict about my feelings about this. Nor will I apologize for them.

Many of the English professors at that time had studied with the Jesuits at schools like Loyola. It was an education in education to see how they approached texts by authors whose backgrounds and ideologies clearly were in juxtaposition to their own. In general I never remember religion being injected into any of the lectures, nor do I feel I was ever punished for expressing clearly divergent viewpoints.

One of the poems I remember vividly from X.J. Kennedy's poetry textbook came back strong and clear today as I watched the spire of the cathedral collapse.

The Cathedral IsJohn Ashbery
Slated for demolition.
I remember taking an almost absurd amount of satisfaction in choosing that as one of the poems I would explicate on one of our essay exams, and vented on my feelings for organized religion, specifically the Inquisition and Crusades.

How to Find Your Best Small Business …
Ethereum (ETH) Price Analysis: ETH is…
Faces in the Crowd: D.A. Pennebaker
REMAINER RANT – Together we are Stron…
I’m ashamed I have depression. Then I…
I got an A. We never discussed it in his office.
Today I wrote a choppy poem about my initial feelings as I watched on the news.
Watching Notre Dame Burn On Television
Eternal adversary of my intellect.
Stripper of my flesh.
Boiler of my bones.
Kneecapper of my dreams.
It is my turn now to be inquisitive.
To wonder if it was your god
Who was blinded to your cruelty,
Or if your god blinded you with His cruelty,
Or both. Either way,
May my mercy and compassion stretch
Further than the spines
Of my ancestors
On your rack of ignorance.
-Thomas L. Vaultonburg 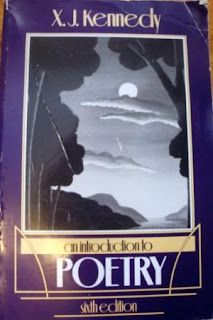 A monostich is a poem that consists of only one line

Subscribe to Zombie Logic Review: Poetry For Outsiders And Outl