Karen Wiesner: I Have Dreamed a Little Dream (Authors and Dream Inspiration), Part 1 I Have Dreamed a Little Dream, Part 1 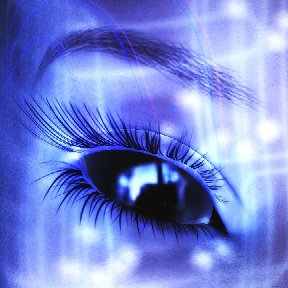 "Believe in your dreams. They were given to you for a reason."

As a writer, the question I get most often is where my ideas come from a lot. While I can honestly say everywhere, more often than not, dreams play a huge role of my fiction writing. Something about that twilight between sleep and dreams is a veritable playground for imagination! Bloodmoon Cove Spirits Series is one of my series, in particular, in which many of the stories within it stemmed from a fragment of a dream that I was able to develop into a story. In the course of the next several posts, I'll be going over how these these nightmarish gifts from the ether came to me.

This will be the first of four posts focusing on my Bloodmoon Cove Spirits Series and the vivid nightmares or ideas that inspired the titles. 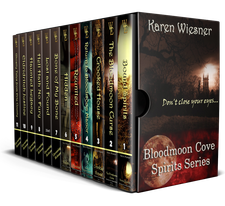 While writing up the proposal for BOUND SPIRITS, which became the first book in my Bloodmoon Cove Spirits Series, I had an idea about writing a series of ghost stories. I love scary, terrifying ghost/spirits stories as well as fun or playful ghost ones, but I also like the idea of exploring well beyond the boundaries of what a typical ghost story is considered to encompass. I intend to delve into the depths of supernatural elements with haunted places, cursed objects, portals to other worlds and/or time periods, and even unfathomable creatures from those other realms that have crossed into ours on Bloodmoon Mountain.

At the time I was working on this spark of a series concept, I was also strongly considering pulling a standalone novel I've written, THE BLOODMOON CURSE, from its publisher at time, as it'd been lagging there for quite some time. THE BLOODMOON CURSE was very mildly a ghost story, so it certainly fit the theme. Also, the book featured a small (fictional) town called Bloodmoon Cove, and I thought that would be the perfect setting for an otherworldly series. The Bloodmoon Cove Spirits Series was born.

In late 2013, I got the rights back to THE BLOODMOON CURSE. I'd already finished BOUND SPIRTS long before that time and didn't want to wait around for it to be published, so I decided to make BOUND SPIRITS the first book in this new series. THE BLOODMOON CURSE became the second.

The (fictional) county the Bloodmoon Cove Spirits Series is set is Erie County--what I think is a clever play on Lake Erie, which is one of the nearby Great Lakes (named for a Native American tribe in the area), and also because the town and those surrounding it (including the fiction city of Grimoire that's been featured often in the series) are “eerie”. 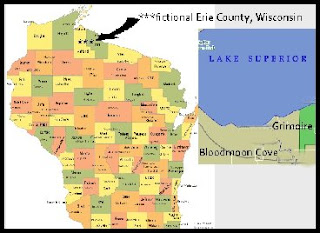 Have you ever dreamed something that became the basis of a story? Leave a comment to tell me about it!

Karen Wiesner: I Have Dreamed a Little Dream (Authors and Dream Inspiration), Part 1