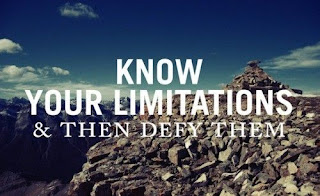 I found a question posed on Facebook in Fantasy & Science Fiction Writers Group by Jonathan Russell on May 5, 2021, "Is anyone else sick to death of Grimdark in genre fiction?"
----Wikipedia quote-----
Grimdark is a subgenre of speculative fiction with a tone, style, or setting that is particularly dystopian, amoral, or violent. The term is inspired by the tagline of the tabletop strategy game Warhammer 40,000: "In the grim darkness of the far future there is only war."[1][2]
---end Wikipedia quote-----

I responded as follows.

The problem with "Grimdark" genre fiction is not the presence of ugly-underside-of-human-nature, or even the thematic statement that life is hopeless, Evil Always Wins.

Those elements are present in the real world, and thus have a place in works of art such as Genre Fiction.  However, as in "reality" the whole point of there being "darkness" is that it showcases the "light."

Light without darkness is just blinding and meaningless.

Our current problem stems from an absence of "light" not the presence of "dark."

This historic origin of this "Grimdark" view may be a shift in our daily vocabulary, likely due to popular self-help books trying to buck up the dejected.

It was suddenly recommended, as a prescription to fix society, that strong demands for performance in any situation were responsible for an epidemic of depression.  Therefore, no employee should be required to do more than they "can." The employee got to decide what they can or can't do - where the limits to their efforts should be.

As a result, it became "politically correct" to explain one's failures as "I'm doing all I can."  Which declaration immediately let you off the hook because you weren't responsible for doing something you obviously can't do.  That was an entirely NEW concept in American culture, peopled at that time with the "Can Do" Generation.

Promises and guarantees went from "I'll do it," to "I'll do all I can" which morphed into meaning under no circumstances will I enlarge my inventory of what I can do in order to accomplish what I've promised.

We accepted limits imposed from without (or within) as "real" and the violation of those limits as "wrong."  We must stay within limits.

Under no circumstances may you do what you can't.

THAT IS NOT THE ATTITUDE OF A HERO.

Science Fiction is the literature of ideas -- and adopted that idea, that heroism itself is wrong because to be a hero you must do something that is beyond your ability, and beyond the limits of the possible. 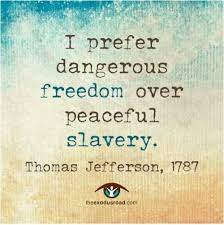 Today it is deemed anti-social to transgress limits set by others -- you must only do what you can.  You are never responsible for succeeding if it means doing what you can't do (thus changing where the "here be dragons" line lies on your psychological map.)

Science fiction like all fiction and all art reflects the audience's view of reality.  Writers are spokesmen for those who can't craft words to describe what they feel.

Is Elon Musk only doing all he can?

Marriages fail when one party refuses to do something they can't do.  Marriages succeed when both parties ignore their limits and do whatever it takes, regardless of any previous limitations.

Every first novel ever written was an exercise in doing something you can't do -- before writing that novel, you "can't" write a novel.  You change reality by doing what can't be done. '