How Long Should A Chapter Be?

How Long Should A Chapter Be

This may become a Part One 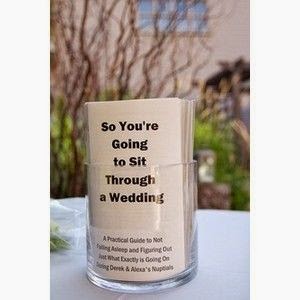 A Chapter should be long enough to complete its structure and set up the next chapter or end the book. A chapter ENDS on a CLIFF-HANGER or question prompt, and the next one starts with a narrative hook, narrative being the Plot DEVELOPMENT on the because-line.

Martha Millan Interview: Fiona’s secr…
small business health insurance color…
With a piece of digital land in Axie …
Karen Wiesner: I Have Dreamed a Littl…
5 things to look for when shopping fo…

What does THAT mean?

Like a "paragraph" a "chapter" has a structure defined by PLOT (not story). Chapters are composed of SCENES, which like "sentences" in a paragraph, have a syntax. To construct a series of scenes that add up to a chapter, you use "RISING ACTION" (a term from stage play structure). The plot must progress at a pace determined by the genre you are selling into.

The pacing speed shifts are a matter of ART -- and it is the speed of pacing shifts that demarcate the Chapter Length. Some are short (like declarative sentences with punch), and others are long with depths to float in and rest from the hard-paced-action.  I define "action" not as characters hitting each other, but as "rate of change of Situation."

A "Chapter" (like the whole novel) begins with a NARRATIVE HOOK crafted artistically from the previous chapter's end. A Chapter has a Beginning (conflict initiated), Middle (conflict progressed), and End (conflict resolved.) Leaving more questions to pursue into the next chapter -- the structure is the same for a novel-series, or a serializable novel, or a TV Series Story-Arc.

To create your query package to a publisher, you extract the CHANGE OF SITUATION narrated in each Chapter and boil it down to one sentence. This demonstrates you understand the difference between Plot and Story -- and that publishers' advertising departments are looking to sell good PLOTS.

You will make your "Name" as an author, your byline's popularity, on STORY, but it is PLOT that sells to someone who hasn't read your books yet (such as the publicity department and the cover artist.)

Writing teachers use a variety of definitions for PLOT and STORY, but every selling author I know can discern the difference, no matter what they call those two elements.

I've done that workshop many times, and I've been tutoring new writers for decades. New student writers HAVE A STORY TO TELL. Rarely does a new student's first draft have a cleanly delineated PLOT.

PLOT vs STORY definitions I use:

STORY =  Emotional Meaning of Events To A Character  The plot-because-line organizes the responses of the Characters into a CHARACTER ARC. The POV or Main Character is the one whose story this is.  That's the story you are telling, and it has a Beginning, Middle, and END -- by the end of all these experiences, the Character has changed in some fundamental or spiritual way.  That is the Character Arc - and it defines which character is the Point of View Character.

The artistic glue that holds Plot and Story together into an Art-form  is THEME.

I discuss all the elements of novels separately and in combination in my Tuesday posts on Blogger.  Here's one recent entry:


This post first appeared on Alien Romances, please read the originial post: here
People also like
Martha Millan Interview: Fiona’s secret on The Cleaning Lady
small business health insurance colorado
With a piece of digital land in Axie Infinity selling for a record-breaking…
Karen Wiesner: I Have Dreamed a Little Dream (Authors and Dream Inspiration), Part 2
5 things to look for when shopping for Australian jewellery

How Long Should A Chapter Be?