This Series on Worldbuilding for Fantasy is inspired by some very original worldbuilding in the Rivers of London Series (8 books as of 2020) by Ben Aaronovitch.  Book 7, Lies Sleeping brings together many of the mysteries we've been probing, "Love Conquers All," "Happily Ever After," and whether you need Magic or a Paranormal premise to understand Happiness?  Is Happiness supernatural?  What exactly is happiness?

One would expect building a world to house a fictional drama would be the same for Science Fiction, Romance, Mystery, Western, Historical, or Fantasy.

The process is, actually, mostly the same, at least at the beginning where the story Idea first blossoms.  The process diverges later, as you decorate with symbols, visuals, and plot-clues, foreshadowing, and then sketch out the whole rest of the world beyond the story-venue.

The most efficient way to build a world, destined for any (or all) genres, is to start by studying your audience's everyday existence, their "world" - the boundary between what they know to the point of boredom and all the "here be dragons" boundaries of their world.

Thus children's books are easy to world build for, but much-much harder to write.  You have to be careful not to talk down to children, while at the same time imparting a vision of what the next stage of their maturation is all about.

The same is actually true of adults.

That is changing rapidly now, as circumstances have boosted the use of work-from-home.  Working online both reduces the number of people you see daily, but increases the number you interact with.

The Romance Writer must change with the times.

Thus today's working-stiff population is trending toward having a larger view of the world, via Facebook etc., knowing what's going on in the lives of people they barely know.

If you have a story to tell of Alien Romance -- meeting up with a VERY "different" sort of person from somewhere you've never heard of and can't imagine, Science Fiction is a natural choice.  But Fantasy, alternate-reality worlds where Magic is Real, is also a great venue to place a story of Impossible Love.

The cliche is a cliche because it's true.

So if you want to tell the tale of an Impossible Love with a story-arc that transforms the impossible into the possible, that moves the border around your reader's life, that enlarges the known world, Paranormal Romance is a natural.

In other words, take our Real World, change something we take for granted, and build an entire world around that one difference.  And you'll have your alternate-reality where one of your characters grew up.

Now, bring that Character into the reader's reality and spur his adjustment. 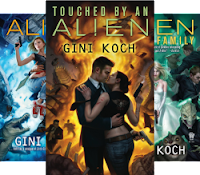 and the feature film STARMAN - as well as THE DAY THE EARTH STOOD STILL.

Those are all technically science fiction.

What makes a World you Build into a Fantasy world? 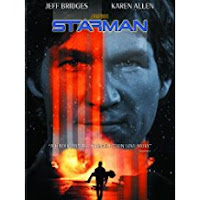 When we insert a Paranormal element (ghost, magic, gnomes), the publishing establishment labels the result Fantasy.

But what, exactly, is Paranormal?

Google the word.
--------
par·a·nor·mal
/ˌperəˈnôrm(ə)l/
Learn to pronounce
adjective
denoting events or phenomena such as telekinesis or clairvoyance that are beyond the scope of normal scientific understanding.
"a mystic who can prove he has paranormal powers"
-----

And further down the Google results, note:

What is the difference between paranormal and supernatural?
The paranormal genre includes creatures like zombies, werewolves, aliens, and ghosts, as well as phenomena like telepathy and time travel. “Supernatural” refers to phenomena that are forever outside the realm of scientific explanation, such as god, the afterlife, and the soul.Jan 21, 2020

Note how neither explanation of the word is useful to a writer attempting to craft a world that at least several publishers would buy to be published under a Paranormal or Fantasy imprint.

The vocabulary of the English language is under as much swift, drastic change as is our general lifestyle.

Wikipedia offers this modernized take on the word, Paranormal:

-----quote------
Paranormal
Description Paranormal events are purported phenomena described in popular culture, folk, and other non-scientific bodies of knowledge, whose existence within these contexts is described as beyond normal experience or scientific explanation.

Note the very non-dictionary choice of wording, prejudicing the reader before the definition is offered.  "Purported" and "non-scientific" both telegraph the writer's opinion that anything called Paranormal is in fact non-existent, non-sensical, or only uneducated people would be so gullible as to think any of those things could happen.

"Popular Culture" or just "Popular" also telegraphs the writer's opinion that such ideas are beneath notice, unworthy of the educated who would never be part of "the populace."

If you, as a developing writer, haven't yet studied semantics and the semantic loading of words, do so before attempting to craft a Paranormal Novel.

If you note how "Paranormal" is used to designate movies (study the movies with that label), you'll see how the meaning of the word is warped and reshaped by common usage.

You can do that with the World you build -- you can take everyday English words and redefine them with a different emotional impact, a different semantic loading.

The most easily available laboratory for learning to do that is today's News Headlines -- almost every one you see, including CNN and Fox News, contains some word that telegraphs to the reader how to evaluate and respond to the information in the item. Become sensitive to that and you will improve your Paranormal Worldbuilding ability a hundred fold.

Another way to explore how modern publishers are re-defining vocabulary is to read novels.

I want to point you to a very popular writer who has built a complex "Paranormal" world with science fiction-detective style plots, where the detective is a Magic User and able to detect where "magic" (which is never actually defined) has been used.

The RIVERS OF LONDON series by Ben Aaronovitch (set in an alternate but not very different London) is from DAW Books -- very prominent Science Fiction and Fantasy publisher I sold a few books to when it was under previous management.

The advent of DAW publishing is a whole phenomenon all by itself - the first publisher of its kind.

Aaronovitch has painted a picture of "reality" that includes the personification of a River who can have sex with the Main Character, a Detective who can detect magic traces after the fact.

The Magic specialty division of law enforcement is after an Arch Criminal who has given them a lot of trouble, and who is building a magic artifact, a giant bell.  It's unclear what the results of letting that bell ring might be, but the indications are that it would bring an entity from another dimension that would then "rule the world" (megalomaniac style, rule).

The Rivers of London Series is a huge best seller, but is structured like an ordinary Detective Novel.  The personality of the Detective is what carries the story, but the world he lives in holds many astonishing surprises for the reader.

They use their magical tools to track down and thwart the villain.

But there is a sterility to the story telling, very much like a Colombo episode, rather than anything like the Decker/Lazarus series by Faye Kellerman (that I keep reviewing here -- a series you should study for the HEA depiction).


The Main Character has a "thing" going with a female avatar of a River, but there's no conflict or story advancement there.  The plot is all about chasing the Villain, unraveling his plot, putting the kibosh on his plans to use Magic.

There is no penetrating thematic argument asserting WHY this alternate Reality is essential to the well-being of our everyday reality.  There is no actual conflict having to do with the way the Characters are embedded in their reality.

Note, by contrast, how Jim Butcher, in his Dresden Files Series, has chosen a Character who is embedded in, irked by, shaped by, challenged by, his environment.  His identity as a Wizard gives him only one way to earn a Living - basically as a consulting detective, or Paladin for Hire. His work brings him athwart the Great Powers running his world.

He is very conspicuously a Native of that alternate reality.

Ben Aaronovitch's Detective, who actually works for a government agency, officially, floats apart from his world. It doesn't shape his character, even when he takes advantage of it.  He shrugs off the bizarre reality of having shacked up with a River (I mean a real one, flowing water and all -- with an Avatar that is never explained properly).

Now Lies Sleeping is part of a Series - and if you drop into the middle here, you wouldn't expect all the explanation that went before.  But there should be more than there is.  The absence of these connecting links leaves us with an interesting Character - who floats disconnected from his reality.

There might be an appetite for stories about people just coping their way through a world that is irrelevant to them.

There are a lot of "magic using detective" novels selling very well these days - and that might be because Detective Procedurals are traditionally about an objective onlooker (the Detective) prying into affairs disconnected from their personal life.

Solving a puzzle external to the Self provides a much needed respite from Reality.

Science Fiction as a genre usually pivots around a mystery -- a scientific mystery that needs explaining by a discovery, by learning that some impossible thing is actually real.

Science Fiction is about confronting The Unknown.

Paranormal is about confronting The Unknown.

Romance is about confronting The Unknown (hence the popularity of the Arranged Marriage, or governess-marries-Duke).

And all of them are about making The Unknown into The Known.

That's what "adventure" is -- going OUT into The Unknown, and learning it so it isn't unknown any more.

The Happily Ever After state of existence is more "Unknown" than "Here Be Dragons" ever was.  It is considered completely impossible.

The Paranormal Romance writer's job is to take the Reader on an adventure into a realm where the HEA is known, Normal, attainable, but perhaps at a cost, at a risk, with every high stakes.

A Magic using Detective - using paranormal powers to pry into affairs not his own (think about Apple refusing to hack into an Apple phone belonging to a deceased terrorist), is the perfect plot-vehicle to discuss how to discover and attain the HEA.

Does it take MAGIC to understand HAPPINESS?  Or do you, as a human, need to marry a River?