These posts are about marketing, where the first step is to determine who the decision makers buying your product are, where to find them, how to reach them, and thus how to craft a narrative hook that will make them remember your byline, maybe even the series title.

Marketing is heartless, mathematical, me-me-me oriented, and all about moving product at a profit (buy low, sell high).

Targeting is more about empathy, resonance, understanding.  Targeting is like entering a group conversation.  If you are not naturally a member of the group, nothing you can say will hook the attention of the group.

For a writer, that means writing swiftly, quickly, not getting trapped in endless rewriting, or in other words mastering the wordsmith's craft of vocabulary, grammar, spelling, punctuation and symbolism that evokes emotion.  The real trick to becoming prolific is to also master the template for the type of story your targeted market is willing to buy.

To the reader, the cost of a story includes not only the purchase price, but the reader's time and emotional investment.  Hence Netflix facilitated binge-watching of series that could hold up -- not so much the anthology series of yore, but today's more DALLAS type, prime-time soap story-arc series that progress at a crawl.

If you are a natural member of the group you target with your story, you will listen, follow the story of their narrative, and add to their narrative -- not insert your own narrative, not disrupt the conversation, not attract their attention, but rather further their adventures on the way to THEIR goal (which just happens also to be your own).

You won't be seen as the annoying pest, trying to butt in where they are not wanted.  You will be welcomed and your contribution to the discussion will be discussed.

So, for a writer, what exactly IS a "readership?"

One of the many useful ways to define a "readership" for marketing purposes is as a "culture."

The best place I know of to start molding your notion of "what" culture is happens to be a very old non-fiction book I've mentioned here many times, THE SILENT LANGUAGE by Edward T. Hall. 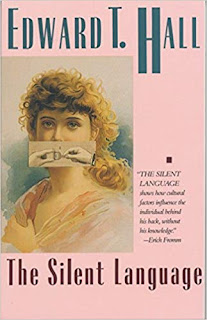 Note the cover blurb "targets" a readership neatly.  "THE SILENT LANGUAGE shows how cultural factors influence the individual behind his back, without his knowledge."

People who feel in charge of life, and who think they make their own independent decisions experience a frisson of alarm if they view this sentence as authoritative.  That emotional frisson rivets attention.

If this is seen on a book cover on a store's rack, the target will find his/her hand reaching for the book, turning it over, looking inside to find out more.  "Nobody can do that to me!  I won't allow it."

Readers come away from this (rather brief) book with a wide comprehension of "what" culture is, where it is inside themselves, and the writers among those readers start thinking of ways to "show don't tell" their Characters responding to Culture.

How can a writer "target" an entire CULTURE or sub-culture such as a certain generation among all residents of the USA?  Your chances of pulling off this stunt increase with your ability to define and identify a culture.  But you also have to understand what marketers mean by "targeting."

In How To Use Tarot And Astrology in Science Fiction Part 6 Confronting Change, we referenced this Time article

-------quote------
Consider this LONG PERSPECTIVE article from a Time writer.

That article traces the interactions between generations as Millennials sweep the reins of power from the Baby Boomer generation (as usual ignoring the Silent Generation).

And just after that reference, I wrote:

PLUTO IN CAPRICORN is where we are now, and it is about CHANGE IN GOVERNMENT, shifting borders (we did that in Channel's Destiny, moved the Territory border to make room for Householdings).

This item on generation gap, shifting views, is related to a Blog post on writing craft I did a long while back:

About halfway down that blog post is a list of what signs Pluto was in at various points in history and how that played out in "generation gap" thinking.

Get a good grip on this principle, and the spectacle of NEWS today will suddenly make sense.

Each generation generates a "culture" of its own, and within it many sub-cultures.  A writer can build a world to showcase a story, but that story needs a "backstory" (each Character needs ancestors, a history, a changing perspective through life).

To learn how to convey, in symbolism, with few words, how Characters from different generations communicate, understand the generations in terms of culture.

That difference in culture has been termed "The Generation Gap."

Most often parents grow up to discover their children have ditched major tenets of the parent's and grandparent's generational-culture and behave in "deplorable" ways because of it.

The parents are not aware (because they don't see it in terms of culture) that they, themselves, did exactly the same thing and considered it righteous to ditch the elements of their parent's culture that no longer pertained to modern life.

The themes your reader are struggling with in daily life are mostly derived from the elements of their parent's culture that they see as deplorable and necessary to ditch.  So study that "generation gap."

Google "Targeting definition marketing," and get this definition:

-----quote------
Targeting in marketing is a strategy that breaks a large market into smaller segments to concentrate on a specific group of customers within that audience. It defines a segment of customers based on their unique characteristics and focuses solely on serving them.
------end quote------

Note the "focuses solely on serving them" -- but you have to know "who" them is before you can determine what "serving" means. 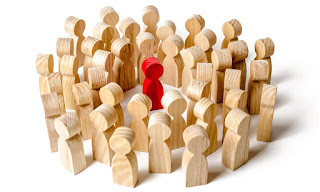 So bring THE SILENT LANGUAGE up into the 2020's by noting this article:


The Twitter/Facebook social-media, Web 2.0 tool-set put into the hands of humans whose culture included elements that prevented the adaptation to living in a world where you're personal, private, small circle of friends could be multiples of 10,000.

We came from villages of a dozen families where most people never traveled more than 50 miles from home.  We knew everyone - their grandparents and great-grandchildren (because people had children in their teens).  We associate IN DEPTH, by nature and by culture.  We reject anyone not a natural member of our group, our village culture.  Anyone "different" is rejected -- watch kindergarten and first grade children playing in a school yard.

REJECTION -- pecking the unfit to death as duck flocks will do -- is built into our physical bodies (not Souls, though, hence Soul Mates are often from different cultures).

Today, we live in the 3rd generation of a cultural-change sparked by Web 2.0

And still delving into this phenomenon and what it means for book sales:

In 2009 writers were collaborating via the Web

And in 2010 I still saw vast joy in the freedom the Web was providing:

In 2011 writers were already exploiting the social networking tools:

It really got started in the 1980's as computers appeared in everyday houses, and those computers got online. In the 2000's kids were raised with the necessity of having a laptop in high school.  Now kids "must" have some kind of tablet computer for grammar school -- or schools are full of desks with screens.

Children raised in a computerized environment are now having kids - that's 3rd generation.  Their great grandparents didn't know how to type, but these people "thumb type" at the speed of light.

What has speed of thumb typing to do with Targeting a Culture?

Thumb typing is a cultural symbol, and it increases the broadcasting power of the youngest, least experienced in life, people growing up without being surrounded by a closed multi-generation community.

Classmates are from families who come from all different places, often speak different languages, certainly read different books, watch different TV shows, etc.  A "class" is just a bunch of kids who happen to be the same age.  They come from different cultures and hit different stages of maturity (as we mature, we shift cultural environment) at different ages.  And they REJECT that which is "different" and peck them to death on social media.

This younger culture has even named this PECK TO DEATH process -- "Cancel."

Now whole commercial chain stores, or brands, are being "crowded" to death (often real bankruptcy), and individuals are learning the hard way that if they stick up for the REJECTED, they, too, will be CANCELLED.

This experience, and watching their parents generation doing the same, will shape the themes they love most in stories.

A lot of attention has been given to repercussions of cancel culture on celebrities, from JK Rowling, to Kevin Hart to Lena Dunham.

The article identifies the widely used algorithm that, when activated, sends minor items (even personal opinion tweets or YouTube items by non-celebrities) viral as triggered by "outrage."

That's a current cultural artifact.  Eventually it will shift to some other response, but the magnifying power will remain and even grow.  The common villager whose heritage equips him to associate with about 1,000 people suddenly is aswim among millions and they are all facing him, yelling vile epithets.

The tiny firecracker of bullying and "crowding" - ganging up on the different one - now has become an atomic bomb, capable of destroying not just one teen-school-life, but millions of adult careers.

Humans don't know (on the SILENT LANGUAGE cultural level, the part of us that functions behind our back, without our knowledge) how to manage that much power.

Internationally, countries are struggling to keep "different" countries from attaining atomic missile capability.  We know we don't know how to handle that much power -- but the internet has swamped us before we can realize we don't know.

It is knowledge that has to be infused into our being on the pre-verbal level, before we learn to walk and talk.  Culture is pretty much set in stone by age 7, and one element of culture is kindness.  Not to just act kindly - but to have no unkind emotional responses to the "different" one.  A kind person doesn't FEEL like hitting back, gathering a mob and destroying the intruder.

To our 2020's online culture, that lack of hostile response to intruders is just plain Science Fiction Alien material -- no human could relate to it.

To portray a non-human Character, study the culture of your target readership, and create such an Alien to make them empathize with, and understand on that "behind his back, without his knowledge" level how to communicate across a cultural gap.

The more people who understand on that level, the easier it will be for your children to live in their world, beyond the generation gap.


This post first appeared on Alien Romances, please read the originial post: here
People also like
Martha Millan Interview: Fiona’s secret on The Cleaning Lady
What is Digital Health and Fitness? Tools to create boundless studies
GE Versana Premier and GE Logiq P9 – A Comparison
It's a tale as old as Monero: hackers using malware to mine XMR on your…
Importance of SEO for small businesses
Karen Wiesner: The Stories Behind Classic Fairy Tales (Woodcutter's Grim Series), Part 8