There is nothing more heartbreaking than a squandered opportunity

Sometimes I felt that my mind was a soft cloud of air around me, taking in whatever flew in, spinning around, and delivering it out into the ether.

It took me a while to warm to Death in Her Hands, by Ottessa Moshfegh. I couldn't at first buy into the narrator as a frail old lady. The voice (as I heard it in my head) was too much of she who told My Year of Rest and Relaxation, overpoweringly strong (nonchalant millennial). But soon enough, the mystery of the story itself took over, and I thought maybe this tone was the fist clue to the unreliability of the narrator. And besides, little old ladies have all kinds of different voices (what will mine be like, I wonder).

Guide to New and Used Mobile Medical …
Wealthy Affiliate Scam or Not
Best Organic Coffees That Are Healthy…
With GiftstoIndia24x7.com, this Raksh…
How and Why America Was Hit So Hard B… 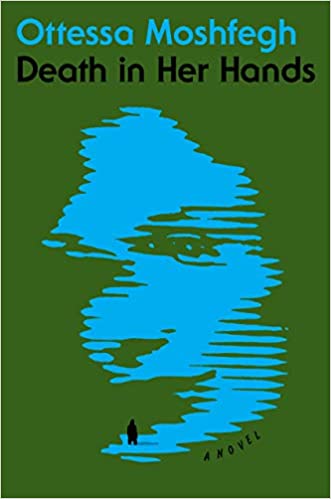 It reminded me of another old-lady-in-the-woods story — Drive Your Plow Over the Bones of the Dead, by Olga Tokarczuk — which, along with references to Hansel and Gretel, reinforce the idea that I might be witnessing the emergence of a subgenre of the literary crazy-old-lady category. Moshfegh's and Tokarczuk's characters are both very much a part of their communities, connected to them in ways they don't even acknowledge, while apart from them, self-isolated and grieving.

He liked to tell me that I was the source of my own misery, that I was choosing to believe that my life was limited, boring. He explained that everything was possible, and moreover, everything — every thing and scenario — existed in infinite versions throughout the galaxies and beyond. I knew it was a childish belief, but I had adopted it anyway. Imagining infinite realities made whatever nuisance I had to withstand more tolerable. I was more than myself. There were infinite Vesta Guls out there, simultaneous to me, scrolling down the TOP TIPS FOR MYSTERY WRITERS web page, with only one small variation: one Vesta Gul's hair was falling across her forehead in a different way; one mouse pad was green instead of blue, and so forth. In another dimension, there was a small fire-breathing dragon sitting next to me on the floor. And in another, Charlie was strangled out in the car by an eighty-foot boa constrictor. And so on. The job of the sleuth was to narrow down potential realities into a single truth. A selected truth. It didn't mean it was the only truth. The actual truth existed only in the past, I believed. It was in the future where things began to get messy.

So what Truth is she trying to get at? She found a note about Magda's dead body, but no dead body, and Vesta's imagination runs with it. She writes Magda's story, conjures her out of thin air. It is a distraction from her loneliness and her grief over her dead (and abusive) husband. It's all very real to Vesta, and one wonders if she doesn't know a little too much about dead bodies — about how circumstances can lead to murder.

She turns random occurrences into clues. Her paranoia and obsessiveness make everything a sign. Is she just a crazy old lady to be dismissed? Or is something more sinister going on?

Vesta Gul. A ghoul. The vestigial remains of a woman. She mourns Magda, real or not. She doesn't even realize that she's mourning herself, what little is left of her now her husband is gone.

I loved her the way I loved the little seedlings soon to sprout in my new garden. I loved her the way I loved life, the miracle of growth and things blossoming. I loved her the way I loved the future. The past was over, and there was no love left there. It hurt me to think that Magda was dead, life wrangled out of her body, that she'd been abandoned, with nobody but maybe Blake to attend to her corpse. It is easy, I thought, to find great affection for victims, emblems of vanished potential. There is nothing more heartbreaking than a squandered opportunity, a missed chance. I knew about stuff like that. I'd been young once. So many dreams had been dashed. But I dashed them myself. I wanted to be safe, whole, have a future of certainty. One makes mistakes when there is confusion between having a future at all and having the future one wants.

(What future do I want?)

There is nothing more heartbreaking than a squandered opportunity