What do you want from us?

When companies posted open recruitment notices for the second half of the year, Jiyoung felt as though she was standing in a narrow alley clogged with a thick fog, which turned into rain and fell on her bare skin.

Juvenile diabetes and life insurance
Royal Rumble ’96
Homebuyers anticipate lockdown exit a…
Balloch O’ Dee Campsite
How to Grow Your Online Business by O…
Kim Jiyoung, Born 1982, by Cho Nam-joo, is an unexceptional telling of an unexceptional story. However, it is an important book, and the fact that Kim Jiyoung's life is wholly ordinary, typical of her countrywomen, is a problem. 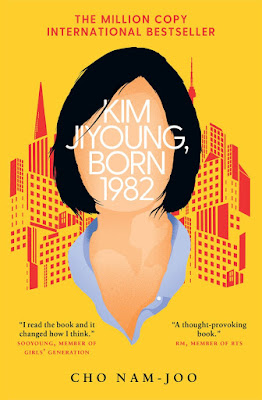 This novel charts one woman's life from her birth to the birth of her child and documents the iniquities she faces along the way.

Perfect pieces of tofu, dumplings and patties were the brother's while the girls ate the ones that fell apart. The brother had chopsticks, socks, long underwear, and school and lunch bags that matched, while the girls made do with whatever was available. If there were two umbrellas, the girls shared. If there were two blankets, the girls shared. It didn't occur to the child Jiyoung that her brother was receiving special treatment, and so she wasn't even jealous. That's how it had always been.

A female student dared to question the criteria university departments used for selecting candidates to recommend for job interviews at Companies with recruitment activities at the school.

The most demoralising answer came from the department head himself: "Companies find smart women taxing. Like now — you're being very taxing, you know?"
What do you want from us? The dumb girls are too dumb, the smart girls are too smart, and the average girls are too unexceptional?

Unusually for a novel, the story such as it is is framed by statistics and abounds with references. Gender inequality in South Korea and worldwide is well documented, and the citations leave no room for reader doubt.
As a novel, I think this book falls short on character and heart. But it serves a higher purpose and deserves the widest possible audience of women and men, girls and boys, many of whom are unlikely to read Labor Market Reports or scholarly articles on gendered expectations and the disparities in income and opportunities.
Although since 2008, it is legal to designate the mother's surname for a newborn, at the time of Jiyoung's wedding (~2012), there had been only 200 such cases.

The world had changed a great deal, but the little rules, contracts and customs had not, which meant the world hadn't actually changed at all.

What do you want from us?