Love can't even save us from love

Everything feels off today. Yesterday was brilliant, but today is off, like I got up on the wrong side of bed today, only it's the same side I always get up on, well, most of the time. Some days I get out on the other side of the bed, just because it's more practical, depending on how I've moved in the night, other days I deliberately get out of bed on the other side, just to, you know, mix things up. Today I got out on the right side of the bed, and it was the wrong thing to do.

With GiftstoIndia24x7.com, this Raksh…
Massacre on Queens Blvd. ’96
Hired an Autosleeper Duetto
A Tribute To My Cute Miniature Pinsch…
How to Leverage Entrepreneurship and … 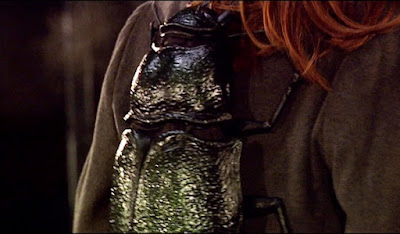 Maybe I took a wrong turn somewhere. I walked into the bakery last weekend and discovered an insect on my arm, something winged and long, vaguely beetle-like, and I thought of the time beetle on Donna's back, and I had a déjà-vu-like flash of another insect on me not so long ago (Was it in the Sahara? No, not the scorpion, or the nonscorpion. It was something beetle-like.) that also reminded me of the time beetle, that I was also supposed to write about. I flicked it off my arm, there inside the bakery, and part of me actually expects my neighbourhood to slowly collapse around that point zero.
(Although. That insect that wasn't a scorpion, that pinprick in my Finger, in the night in the Sahara, the night we smoke shisha in the bright night of the Sahara, and I thought you trickled a handful of sand down my top, only your hand was on my back and the sand was crawling up, it looked like twigs, like frayed straw, and I shrieked and scooped it off my chest, brushed it away, and something pricked my finger. That night when I thought my finger might fall off, my hand, my arm, when I thought I might die, and you said it was nothing, not a scorpion, maybe an insect, I rejected you and returned to my tent, and as I lay on my bed in my tent in the Sahara I remembered how Pierre had told me to go into the Pain, but I hadn't known pain like this, and I thought if I went into the pain, I would die. But I had to go into the pain to be the pain so I could control the pain, push the pain back into the tip of my finger. And still I think it was a scorpion. It was 17 hours before I could feel my finger again, and still I thought, it left something inside me, still I thought I might die, or maybe it gave me a superpower. Maybe I can point my finger and wield power. Maybe it was a time scorpion, maybe my path diverged that bright night in the Sahara. )
I wanted to sit down this afternoon to write about the books I've read lately, but even that's not going to plan. Maybe I don't care enough about them to say anything. (Truly, I don't have much to say about The City We Became or Kim Jiyoung, Born 1982.) Other books, like Blue Flowers, I care too much about. Maybe. Maybe I don't know how to write about books anymore. I don't know how to write.
I've been watching Fleabag, because I now have a trial of Amazon Prime. I thought it was supposed to be a comedy, and I suppose it is, but it's grim and painful and real. There's this bit at the end of season one where the bank manager mentions how cafés are a difficult business, and it unstoppers her outpouring.

I also fucked it into liquidation. ... And I fucked up my family. ... And I fucked my friend by fucking her boyfriend. ... And sometimes I wish I didn't even know that fucking existed. And I know that my body, as it is now, really is the only thing I have left, and when that gets old and unfuckable I may as well just kill it. And somehow there isn't anything worse than someone who doesn't want to fuck me. I fuck everything. Except for when I was in your office, I really wasn't trying to have sex. You know, either everyone feels like this a little bit, and they're just not talking about it, or I'm completely fucking alone. Which isn't fucking funny.

I feel like this a little bit, and sometimes I try to talk about it, and sometimes it wears me down — the feeling and the talking. I think about how I passed up a chance to fuck in the dunes of the Sahara. 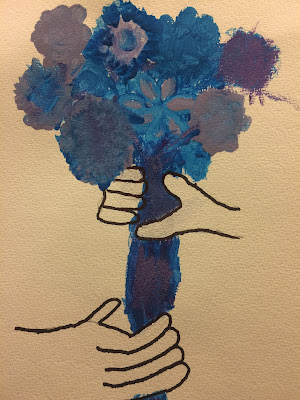 I have Amazon Prime because I ordered a desk. I feel like I've made a pact with devil, both in ordering from Amazon, as the easy, logistically expedient, cheap thing to do, and in succumbing to the need for a desk. It's been made clear that the office will not be returning to normal anytime this calendar year. I  think I've always known this, but refused to accept it. I don't like it, I hate it, I don't want to work from home, I don't want the work in my home. But the only way to cope with it now is to relegate it to one ugly little corner where after hours I may render it invisible, somehow filter it out of my perception. The ergonomic chair, however, not Amazon, as yet has no confirmed delivery date.
It's been a 121-day streak of German lessons on Duolingo, and I'm starting to tire of it. Some days I almost forget. It's been two years that I have an imaginary German lover whom I've never met, and every day I consider what lengths I would go to, what risks would I subject myself to, to touch him, kiss him, fuck him.
This week I'm dwelling on the things I meant to do while under stay-at-home orders but haven't: the violin that sits in the middle of the living room but which I haven't played; the sculpture for which I've yet to acquire clay (I want to sculpt time beetles, or time scorpions); the piece on male muses I started writing last winter for which all the tabs have stayed open; the shoebox of papers to sort.
This week I feel like an exceedingly selfish person. I wonder if I'll ever be less selfish. I wonder if I'll ever love someone to the point that I'll put them first. (To be clear, the responsibility and love I have for my daughter is outside of this equation.)
There are bits of Blue Flowers by Carola Saavedra that echo Clarice Lispector's Passion According to G.H. (that's the cockroach I want to sculpt, to claim), the reference to something ancient, something primal and primeval. There are bits of blueness, and love, that touch me.

Love can't even save us from love