Days are getting shorter. Like I'm running out of time for things.

We're having a heatwave. The city phoned me yesterday with an automated message to tell me so, and remind me to stay hydrated. I'm tired of drinking water, I want to hydrate from the outside. Thunderstorms this evening have turned the outdoors into a sauna. Maybe it will break by morning. Maybe not. 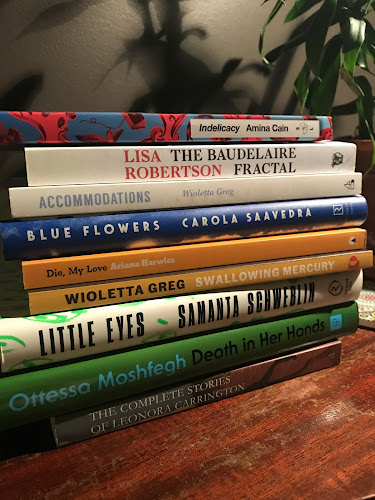 On Friday we took the metro to visit my sister. The ride itself was mostly fine — not nearly as many people as I'd feared, though only about half were masked. It's only on coming up from the platform that my daughter felt the heat of the day and the closeness of her mask and she fainted in my arms. I struggled to ease her to the floor without smashing her heavy head. A worker cautiously offered, from several respectable metres away, to call someone for help but I waved him off. In time, a long time, more than an hour, we walked the few short blocks to my sister's place. Hours later we called an Uber, all our exposure-risk aversion outweighed by the simple desire to be home.
Saturday morning I popped out to the bakery for fresh croissants for breakfast, and a baguette for later. Like the world was suddenly normal and I could do what I want.
I've been feeling ill myself. Today is the sixth day. It's my period, but it's not my period. It's not a dehydration headache, it's not a tension headache, my head barely hurts at all. I want to call it a migraine but it's not, it's a feeling of overwhelming nausea radiating from the tension in my back. Maybe I just need a massage, someone to touch me, someone to fuck me. I am self-diagnosing existential angst, and prescribing something I can't have.
I catch myself worrying that the mushroom is sentient and has deliberately released spores to infect my household with a malleable and unnameable condition from another century.
I feel like there was a lesson to be learned in lockdown, and we missed it. Our minds are fogged. We're not thinking clearly.
The pool in the park is open for business, and I'm mildly horrified. Already at its revised reduced Covid-era capacity, over a dozen people awaited their turn to go in. I feel like I'm underwater.
There are remnants of egg on the sidewalk a few doors down. I thought someone must've wanted to see just how hot it was, but then I realized this pastey mass was surrounded by millions of fragments of shells; someone dropped a single egg. Over the days, the matter has diminished, as if it has sunk into the pavement, the ground has drawn all the water out of it, all that remains is something like a Chalk Dust Supernova, coated in a glistening golden eggwash with a shell mosaic halo. I feel like the egg.
I've been watching things. I May Destroy You makes me wonder about things I may have forgotten. Normal People, much like the novel, makes me want to be at university and in love (yes, I know that's not what it's about). And then there's the little Polish Netflix series that keeps flashing back to the summer of 1994, the summer I was actually in Poland, and I drink my wiśniówka and sing along, wondering what reality I left behind there.
I have acquired a stack of quarantine books. These are them, all the books ordered and picked up or delivered in the 104 days I've been staying home. I have spent the evening fondling these acquisitions in a desperate attempt to distract myself from ordering more.
So far, I have read but one of them. In the meantime I read something big and sprawling (Gnomon), and now I need to finish a library book (The City We Became) before it vanishes into the ether, and another library book (Kim Ji-young, Born 1982) has just been checked out to me.
There isn't enough time. I am stockpiling for the second wave.