Q & A with the Character Mitch Black of Nefarious This was the first interview that I’ve done with one of the main characters in my books. Mitch Black is the protagonist in the two-part Nefarious series, and he stopped by to hang out and chop it up with me. He talked about his humble beginnings and his stint in college to name a couple of things.

Mark: Good, and it’s a pleasure to have you here.

Mitch: And it’s a pleasure to be here, Mark.

Mark: Alright, let’s get to it then. For the reading audience’s sake, what’s your name?

Mark: And how old are you?

Mitch: I just turned twenty-seven last month. I had a birthday party at my nightclub, and it was off the chain, homie.

Mitch: I’ll surely invite you to the next party that I have.

Mark: Thanks…I wouldn’t miss it for the world. So, what was it like growing up for you?

Mitch: It was good for the most part even though I grew up without a father. My mother and uncles made sure that I had the best of everything.

Mark: Okay, so what are some of your experiences growing up?

Mitch: My uncle George paid for my private school education before he got sent to prison, and my mom kept me busy with sports growing up. Basketball and football were my two best sports, and I played college basketball on scholarship for a couple of years before I blew out my knee.

Mark: Sorry about your knee.

Mark: What school did you play for?

Mitch: I played two years at Texas Southern before I got hurt. I tried rehab for about a year after my surgery, but my knee didn’t respond well to treatment. Long story short, I gave up on basketball after that and focused on my studies, and I graduated with honors with a degree in finance.

Mark: Okay, so, what did your uncle go to prison for?

Mitch: The Feds hit him with a RICO charge for running the biggest drug enterprise on the southside of Chicago, and he got forty years. He won’t be free until 2043 if he’s still alive.

Mark: Was your father ever a part of your life?

Mitch: Nah, I never met him.

Mark: Do you have any resentment toward him?

Mitch: No, I can’t say that I do. I never wanted for anything growing up, and besides, I had enough positive male role models in my life like my basketball and football coaches, my uncles, and my cousin Wesley.

Mark: So, tell me about your cousin Wesley and how he was a role model for you growing up.

Mitch: Well, for starters, he kept a lot of heat off me.

Mitch: I got bullied somewhat as a kid, and Wes would always have my back in these tough situations. He wasn’t someone to be messed with, and a lot of guys had to find that out the hard way.

Mark: Can you give me an example? 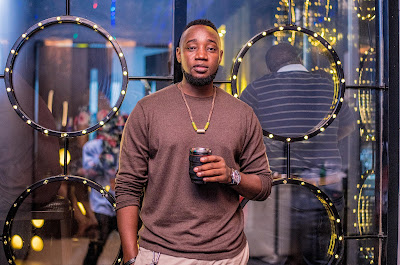 Mitch: Yeah, one time he beat the shit out of a kid who tried to take my lunch money when I was in the fourth grade…nobody messed with me after that until he graduated the eighth grade the next year. Once Wes left, kids thought they had the green light to mess with me again, but he had taught me how to fight by then. I had a few scuffles the first few weeks of school and held my own to the point that nobody tried me from that point on.

Mark: Is there anything Wes taught you that you currently apply to your life?

Mitch: Absolutely.In addition to teaching me how to defend myself, he taught me that there’s much more to life than what you learn in a textbook. He ultimately showed me the game…schooling me on the different types of people and their personalities and how to maneuver around them. He also kept me on the straight and narrow and shielded me from all the ills of the streets. I owe most of my success to him.

Mark: I see. So, let’s switch gears and talk about how you opened up your nightclub and established yourself as a successful businessman.

Mitch: Opening up a nightclub didn’t happen overnight for me. Once I graduated college, I landed my first job as a financial analyst for a firm in downtown Chicago, and I’ve been there ever since. I also play the stock market, and I’ve made hella money before Wes and I decided to open up a nightclub.

Mark: You said that you already had money from playing the stock market. Did you all get a business loan to open up the nightclub, or did you use your own money?

Mitch: We used our own money because we didn’t want any debt. I liquidated a portion of my stocks to put down my half for the club.

Mark: What does Wes do for a living and how did he put down his half of the money?

Mitch: I rather not say. Let’s just say that he used to be a part of the family business.

Mark: Fair enough. So, is there anyone special in your life?

Mark: How many years have you two been together?

Mitch: We’ve been together a total of nine years and have been married for five years.

Q & A with the Character Mitch Black of Nefarious