In a strange enchanting backdrop, the novel came with such issues which are easy to ignore but hard to discuss! 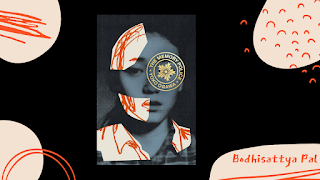 REVIEWED BY BODHISATTYA PAL
BOOK: THE MEMORY POLICE
AUTHOR: YOKO OGAWA
TRANSLATOR: STEPHEN SNYDER
PUBLISHER: PANTHEON BOOKS
BLURB: GOODREADS
GRAVITY: 'National Book Award for Translated Literature 2019'
'International Booker Prize 2019'
REVIEW:
👮A mysterious island with its own rules - things are vanishing fast along with the memories linked with it, snow is falling restlessly and they, the Memory Police, are roaming to ensure & enforce the annihilation! Quite a nebulous, eerie and enchanting premise.

🦅The Memory Police is a very strange novel. It keeps changing its mood & motive. It is very hard to specify its genre. The novel is partly dystopian, partly sci-fi, partly political and partly philosophical sometimes.

🖋️Yoko Ogawa started this novel with the disappearances as focal theme. The plot was expanding and a 'what if' situation was building. In the midway it changes it's pace and turned more political with more focus on the aggression of memory police. The technical first part was more about the dimension of memory, outcome of disappearance with efforts to restore normalcy. But the sensible second part was more ironical. Ogawa played masterfully with the allegories. The novel portrayed serious themes as totalitarianism, police brutality and satirized the government laws. Originally written in 1994, it's uncanny to think its contemporaneity with today.

🎌Ogawa leaves a signature mark by her writting. Inspite of describing a horrible, chaotic situation, her writting is gentle, humble and subtle. Unlike the novel's heartbreaking appeal, there was always a tone of hope; as things continued to disappear, but life continued to go on.
The translatation by Stephen Snyder was absolutely apt. Never I felt reading a translation.

🏝️The character building also was uniquely brilliant. There were minimal characters, with no specific name like 'the oldman', 'the hatmaker' or with fractional names like 'R' or 'Don'. It was a masterstroke. This gives the storyline a dream like feeling. But the characters were absolutely deep. I found the old man character very profoundly made and adorable too. The mental state of the characters were masterfully described.

❄️There was a 'novel within novel', as our novelist narrator was working on her new novel. That inner novel seems to be completely different and unconnected. But soon, you will realize that there is an invisible link. Lately the two stories somehow diluted in a magical way; that was one of the best moments of the novel!

🚩If this novel was only about memories and disappearances, I might not like it so much. But it is way beyond that. It handled some really serious issues; from aggressive authoritarianism, climate changing to freedom of speech, freedom of thinking. The issues are relatable to our day to day life. That's why it's a much more important novel. A brave one.


🔖All said and done. In a strange enchanting backdrop, the novel came with such issues which are easy to ignore but hard to discuss! A must read..