The Lightning Thief (Percy Jackson and the Olympians #1)-Book Review

Percy Jackson is a good kid, but he can’t seem to focus on his schoolwork or control his temper. And lately, being away at boarding school is only getting worse – Percy could have sworn his pre-algebra teacher turned into a monster and tried to kill him. When Percy’s mom finds out, she knows it’s time that he knew the truth about where he came from, and that he go to the one place he’ll be safe. She sends Percy to Camp Half Blood, a summer camp for demigods (on Long Island), where he learns that the father he never knew is Poseidon, God of the Sea. Soon a mystery unfolds and together with his friends—one a satyr and the other the demigod daughter of Athena – Percy sets out on a quest across the United States to reach the gates of the Underworld (located in a recording studio in Hollywood) and prevent a catastrophic war between the gods.

The Lightning Thief by Rick Riordan

It is my first book by Rick Riordan, I was familiar with the story as I watched the movie a few years back, though I didn’t remember the details…Again I am repeating my favourite line “Book is better than Movie”.

“Deadlines just aren’t real to me until I’m staring one in the face.”

I must say Rick is a genius and his humour is on point, I loved the way he writes, Greek mythology is a heavy topic if someone is not aware of anything, but he made it look so easy and interesting without using heavy words, which is an achievement.

I loved the story, characters, half-blood camp concept, American references, gods in the modern world, what was there to dislike?

“It’s funny how humans can wrap their mind around things and fit them into their version of reality.”

Percy is a kind of character you immediately like, he is a good school kid but her luck is not good with him. He has dyslexia, ADHD and victim of bullying from students and sometimes the teachers. His stepfather is another pain in the ass. His life is boring until one day he finds out that he is a demi-god. 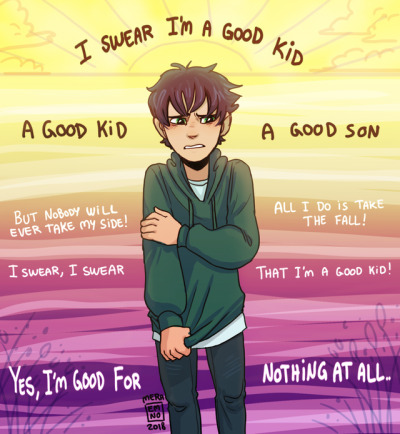 Annabeth, I have seen many people who like her so much, she is good but not more than Percy, let’s see how other books will change my opinion about her.

“Even strength must bow to wisdom sometimes.”

I hope Percy’s humour won’t lose in the next books of the series.

The Lightning Thief (Percy Jackson and the Olympians #1)-Book Review