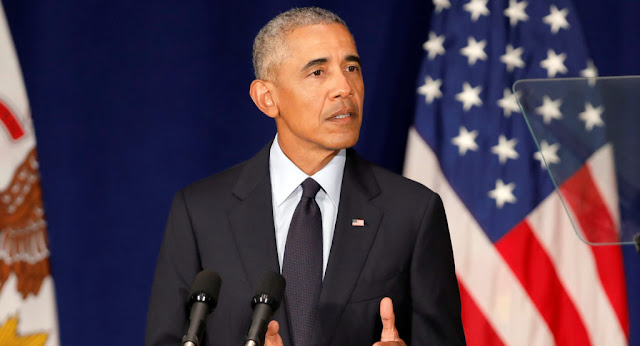 Change will not come if we wait for some other person or some other time. We are the ones we've been waiting for. We are the change that we seek.
We, the People, recognize that we have responsibilities as well as rights; that our destinies are bound together; that a freedom which only asks what's in it for me, a freedom without a commitment to others, a freedom without love or charity or duty or patriotism, is unworthy of our founding ideals, and those who died in their defense.
We need to reject any politics that targets people because of race or religion. This isn't a matter of political correctness. It's a matter of understanding what makes us strong. The world respects us not just for our arsenal; it respects us for our diversity and our openness and the way we Respect every faith.
I see Americans of every party, every background, every faith who believe that we are stronger together: black, white, Latino, Asian, Native American; young, old; gay, straight; men, women, folks with disabilities, all pledging allegiance under the same proud flag to this big, bold country that we love. That's what I see. That's the America I know!
Understand, our police officers put their lives on the line for us every single day. They've got a tough job to do to maintain public safety and hold accountable those who break the law.
I believe marriage is between a man and a woman. I am not in favor of gay marriage. But when you start playing around with constitutions, just to prohibit somebody who cares about another person, it just seems to me that's not what America's about. Usually, our constitutions expand liberties, they don't contract them.
America isn't Congress. America isn't Washington. America is the striving immigrant who starts a business, or the mom who works two low-wage jobs to give her kid a better life. America is the union leader and the CEO who put aside their differences to make the economy stronger.
Let us remember we are all part of one American family. We are united in common values, and that includes belief in equality under the law, basic respect for public order, and the right of peaceful protest.
We've persevered because of a belief we share with the Iraqi people - a belief that out of the ashes of war, a new beginning could be born in this cradle of civilization. Through this remarkable chapter in the history of the United States and Iraq, we have met our responsibility. Now, it's time to turn the page.

I think what you're seeing is a profound recognition on the part of the American people that gays and lesbians and transgender persons are our brothers, our sisters, our children, our cousins, our friends, our co-workers, and that they've got to be treated like every other American. And I think that principle will win out.

How To Keep A Patio Cool – Beat The H…
Experience Unforgettable Pleasure: Di…
Creating and Selling Digital Products
What You Need to Know About Sydney Ep…
The Power of Support: In Weight Loss …