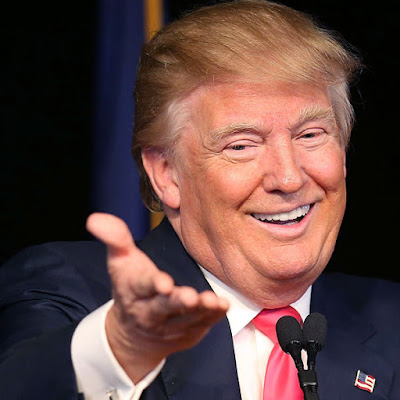 'When I am president, I will work to ensure that all of our kids are treated equally and protected equally. Every action I take, I will ask myself, 'Does this make life better for young Americans in Baltimore, Chicago, Detroit, Ferguson, who have as much of a right to live out their dreams as any other child America?''
'I have used the laws of this country just like the greatest people that you read about every day in business have used the laws of this country, the chapter laws, to do a great job for my company, for myself, for my employees, for my family, et cetera.'

'What separates the winners from the losers is how a person reacts to each new twist of fate.'
'My father was very energetic; my mother was very energetic. He lived to a very old age, and so did my mother. I believe that I just have it from my father, from my parents. They had wonderful energy.'
'China gets their oil from Libya. Why isn't China involved? They're going out Spending Billions of dollars a day on trying to take over the world economically. And we're spending billions and billions and billions of dollars on policing the world. Why isn't China involved with Libya? That - we don't get oil from Libya, China does.'
'So Bush certainly wasn't the greatest, and Obama has not done the job. And he's created a lot of disincentive. He's created a lot of great dissatisfaction. Regulations and regulatory is going through the roof. It's almost impossible to get anything done in the country.'

'Jimmy Carter used to walk off the airplane carrying his own luggage. Do you remember that? I don't want my president carrying - I want the freaking Marines to be carrying his luggage, and they want to carry his luggage.'
'Somebody made the statement that Donald Trump has built or owns the greatest collection of golf courses, ever, in the history of golf. And I believe that is 100 percent true. '

'People might not think that, but the Republicans have all of the cards. And this is the time to get rid of Obamacare. This is the time to make the great deal.'
'Obama has no solutions. Obama has failed the country and its great citizens, and they don't like it when somebody such as myself speaks the truth about this - it hurts too much.'


This post first appeared on P&FQ - Poetry And Fascinating Quotes, please read the originial post: here
People also like
Have you ever made love in front of other people?
Witnessing an Aggressive Event
8 Things To Think About When Shopping for an Patio Fire Feature
It's Time To Rebuild
Fitness Routines For Busy Professionals
11 Ways Real Estate Market Will Change in Nigeria in 2023
Cost to Epoxy Garage Floors
Medical Equipment for Molecular Diagnostics Lab
Ways To Make Money On The Side
This Is What You Should Do If You’re Laid Off
React JS, Node JS & Angular JS: Which One is The Best For Web Development?