Enjoy Chapter One of the Second Adventure of The Many Adventures of the Dread Pirate Roberts--a Fan-Fiction Tribute to The Princess Bride! 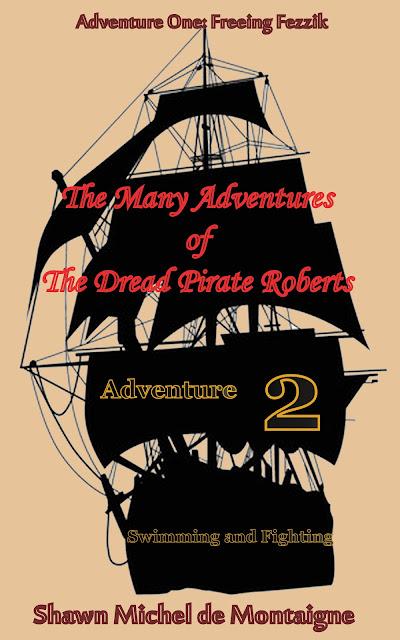 Having raided the impossible-to-raid Harshtree Prison and freed Fezzik, the intrepid pirates of the Revenge escape into the night, their legend even greater. Captain Montoya promised them that when Fezzik was safely aboard ship, that they all would learn to swim. It wasn't acceptable that half of them, including the captain himself, didn't know! They just need to escape the Florin navy, hot on their heels, and find a friendly, hidden cove somewhere so that the captain can begin lessons. Read on!


This post first appeared on The Pier To Forever, please read the originial post: here
People also like
Blackjack: What’s in a Name?
Vibromasseur CAPTAIN CHARM
4 Ways to Kick Start 2021 Healthcare Recruitment
Outriders Review – Gears of War, But As an RPG-Looter-Shooter?
Strange Groups
WHAT IS BUSINESS COACHING?
Hindi Short Film – Rajma – A husband and wife’s story during lockdown
The Punisher: A Timeless Character

Enjoy Chapter One of the Second Adventure of The Many Adventures of the Dread Pirate Roberts--a Fan-Fiction Tribute to The Princess Bride!