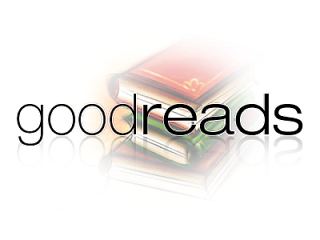 
A mystery within a mystery, wrapped in legacy and lies. . .No one knows for certain if the Ancient Nine really exists. Maybe the telling and retelling of the old Story is nothing more than Urban Legend,

Set in the decadent atmosphere of the 1980's. Two young men, from vastly different worlds, embark on their own Harvard adventure. Spencer Collins and Dalton Winthrop are unlikely friends. Collins doesn't come from money. He is not a legacy. Winthrop, on the other hand, checks every box for the elite clubs. Imagine their surprise when both receive Delphic's exclusive invitation.
The super-exclusive all-male final club membership roster reads like a who's who of rich, powerful men. Winthrop has heard stories about Harvard's fraternities since he was a kid. Everyone knows his uncle is a Delphic alum. But Dalton believes his uncle is more than an alumni. He thinks his uncle is one of the mysterious Ancient Nine. If he is, he certainly is not talking about it.

The Ancient Nine is not your typical fraternity story. There's real grit and mystery here. If only Smith had kept the focus on the century-old murder this could have been an excellent read. But he didn't. He made the writer's mistake that kills a story for me...describing everything down to the most mundane detail. A brief outline is all I need, let my imagination do the rest. Then there are all the unnecessary scenes that clog-up the story and distract the reader, Instead of moving the story forward these cause an interruption in flow and pacing, breaking the reader's emotional connection. This happens again and again.

Don't misunderstand this is an interesting book. If only the author could have gotten out of his own way this would've been a spectacular book. If you are intrigued by the mystery surrounding secret societies, or if you enjoyed the "Skulls" movies, you will like The Ancient Nine. 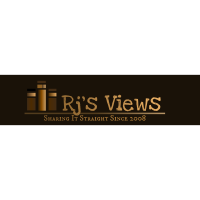 Spenser Collins
An unlikely Harvard prospect, smart and athletic, strapped for cash, determined to succeed. Calls his mother—who raised him on her own in Chicago—every week. Dalton Winthrop
A white-shoe legacy at Harvard, he's just the most recent in a string of moneyed, privileged Winthrop men in Cambridge. He's got the ease—and the deep knowledge—that come from belonging.

These two find enough common ground to become friends, cementing their bond when Spenser is "punched" to join the Delphic Club, one of the most exclusive of Harvard's famous all-male final clubs. Founded in the nineteenth century, the Delphic has had titans of industry, Hollywood legends, heads of state, and power brokers among its members.

Dalton Winthrop knows firsthand that the Delphic doesn't offer memberships to just anyone. His great-uncle is one of their oldest living members, and Dalton grew up on stories of the club's rituals. But why is his uncle so cryptic about the Ancient Nine, a shadowy group of alums whose identities are unknown and whose power is absolute? They protect the Delphic's darkest and oldest secrets—including what happened to a student who sneaked into the club's stately brick mansion in 1927 and was never seen again.

Dalton steers Spenser into deeper and deeper recesses of the club, and beyond, to try to make sense of what they think they may be seeing. But with each scrap of information they get from an octogenarian Crimson graduate, a crumbling newspaper in the library's archives, or one of Harvard's most famous and heavily guarded historical books, a fresh complication trips them up. The more the friends investigate, the more questions they unearth, tangling the story of the club, the disappearance, and the Ancient Nine, until they realize their own lives are in danger.