A putt that will leave your head spinning ... especially if you wait until the end. 😵‍💫 pic.twitter.com/PQeoIgfJPv

Here’s a public service message for those not aware of a Rule seemingly known to most with a golf pulse: you cannot let the ball hang on the cup edge for longer than ten seconds in hopes it might fall. This was an easy one but because we’re in a State TV era where it must be positivity all the time, we can’t know for sure what caused the Golf Channel broadcast team to not even suggest a possible rules violation (while fans watching and Tweeting knew it right away—see replies to the video posted above.

To recap: Seonghyeon Kim obviously took way too long with his ball on the 18th hole edge and was penalized one stroke after the CJ Cup final round. On cue, the Tour’s rules staff saw the obvious breach and this news was Tweeted: 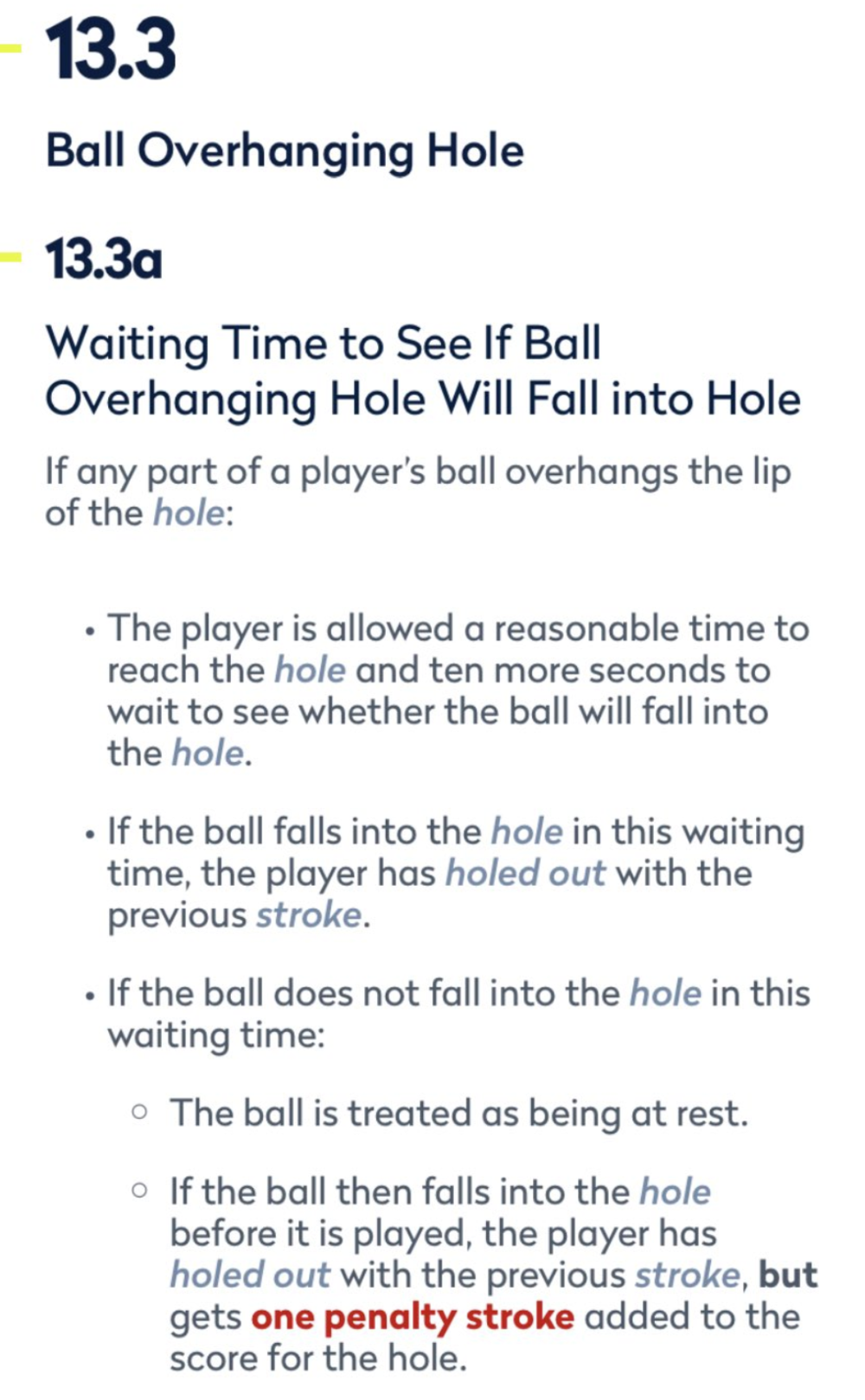 They did eventually acknowledge the breach, with Steve Sands suggesting the broadcast team was “worried about the time frame” but that it didn’t seem to be “much of an issue.”

Kim’s ball hung on the edge for 24 seconds.