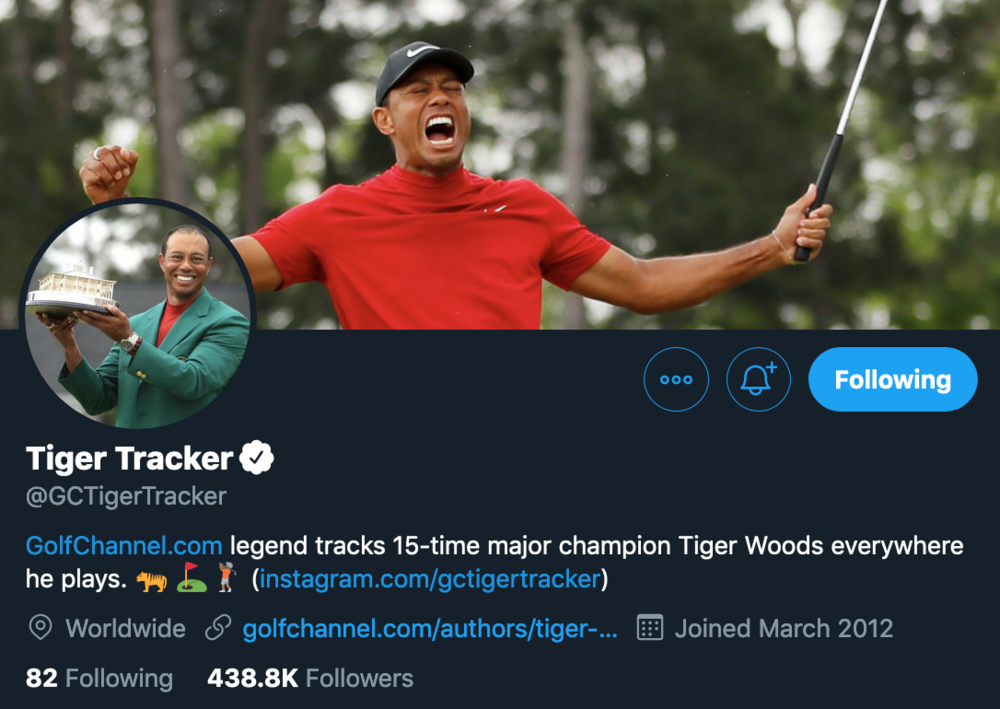 TT has he/she/it/they have been known—aka Tiger Tracker—has become a staple of GolfChannel.com’s presence on social media. The 8-year-old account had become the go-to for fans to track Woods’s every move and could even, at times, become a tad cultish as those who questioned the anonymous Tweeter’s wisdom.

Nonetheless, at 438,800 Twitter followers, it was Golf Channel’s second most-followed account but easily its most beloved. While not profitable, TT was quite good at the whole “engagement” thing MBA types mention as vital to their businesses.

But with the channel laying off most staff and sending a small number to Connecticut to put a bare bones channel on the air until an inevitable move of PGA Tour coverage to Peacock, layoffs have apparently eliminated those behind the beloved Twitter follow.

Tiger Tracker has not posted since September 23rd and sat out Tiger’s opening two rounds in his 20200 ZOZO Championship defense. Fans have been inundating both the official account and folks like myself wanting answers.

How revered is the Tracker? Even Golf Channel’s official account briefly wondered where TT was during Thursday’s opening round before the delete button was struck. 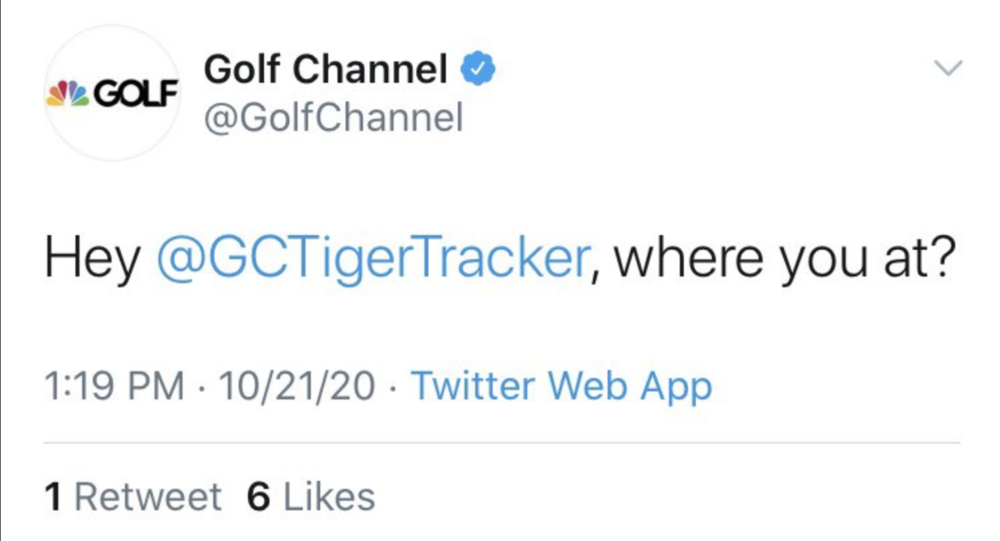