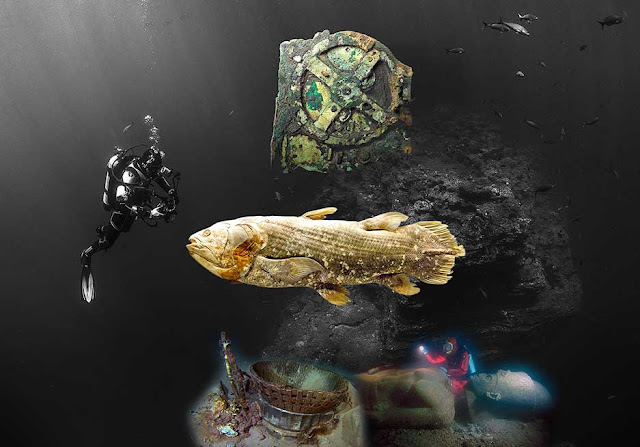 The Antikythera Mechanism is one of the unique things (discovery) found in the deep sea of recent times. Its use is unclear, but it is thought to be the first analog computer because of its complex system. It may be used for the solar and lunar eclipse, but despite all these claims, the mechanism, the purpose of the invention, is still a mystery. This Antikythera mechanism was discovered in 1900.

The Ice Finger Of Death Found In Deep Sea

It is been entitled as the 'Ice Finger of Death,' which sounds dangerous. Brinicles, as they are more usually known, are captivating than scary.
Discovered in the 1960s, this deep-sea spike of ice is formed when sea ice breaks and drops out saline water. Because this saline water is thicker than the water nearby it, it sinks to the seafloor and freezes the purest water it comes into contact with.
When a brinicle approaches the seafloor, it catches anything it comes into contact with, like starfish and sea urchins.
Experts think; brinicles may even foster conditions that could sustain life on other moons and planets.

The spaceflight that first landed humans on the moon discovered from the deep sea is the Apollo 11. This spaceflight was launched in 1969. Two engines and a few other components of this spaceflight have recently been discovered and restored before being presented to the world. They were presented at Kansas' Cosmosphere and Space Center for the exhibition. It was a definitely unique thing found in the deep sea.

An Ancient City Heracleion-Thonis Found In The Deep Sea 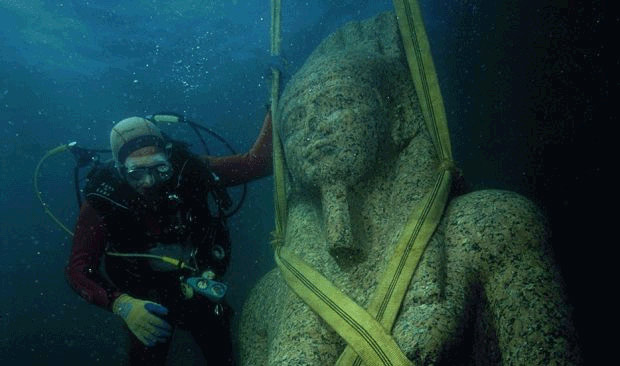 We need to be grateful for today's advanced technology that has enabled us to excavate and study the underwater ruins. A classic example of this is the ancient Greek city of Thonis, discovered on the beaches of Egypt. The city was discovered in the year 2000 and has a history of thousands of years. The areas to be discovered provide a glimpse of the importance and wealth of this city. This is one of the biggest unique things found in the deep sea.

Lazarus Fish: The Coelacanth Found In The Deep Sea 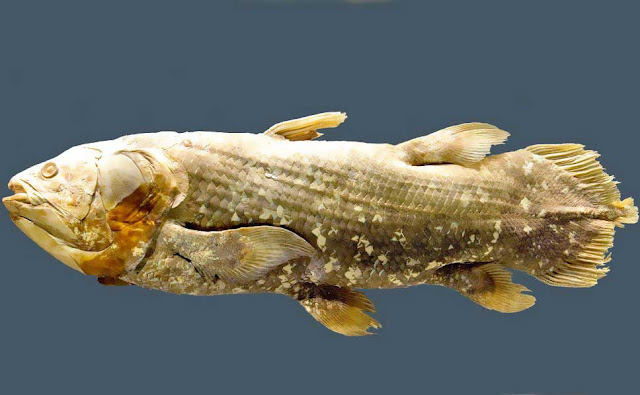 It is thought this breed of fish ended 65 million years ago. This unique living specimen was discovered in 1938 on the coast of Africa. The fish was caught by local fishermen, which were gained by marine biologists. Another type of fish was discovered in Indonesia.

Pirate Ships and Gunnery Found In The Deep Sea 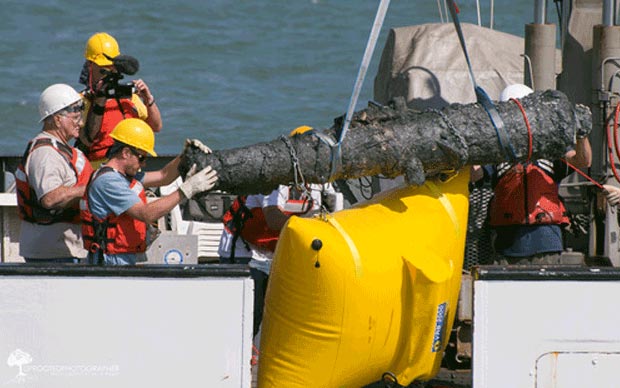 In 1718 a pirate known as the Blackbeard sank his ship into the sea when he was stranded on the beaches of Beaufort. But in 1966 the wreckage of the ship was discovered. In 2013 a set of large guns from the deep sea and a set of cannons weighing over 2,000 pounds were discovered. The set comprised 20 guns.

Lost Silver of the Third Reich Found In The Deep Sea

You would be surprised to find that 61 tons of silver were discovered in the Mediterranean Sea, valued at $36 million, and is the world's largest treasure discovered by a single location that set a world record. The silver was loaded into a UK cargo ship SS Gairsoppa when the ship was submerged by the Nazis in 1941. It was believed to have been sunk forever.

The Mythic Kraken Found In The Deep Sea 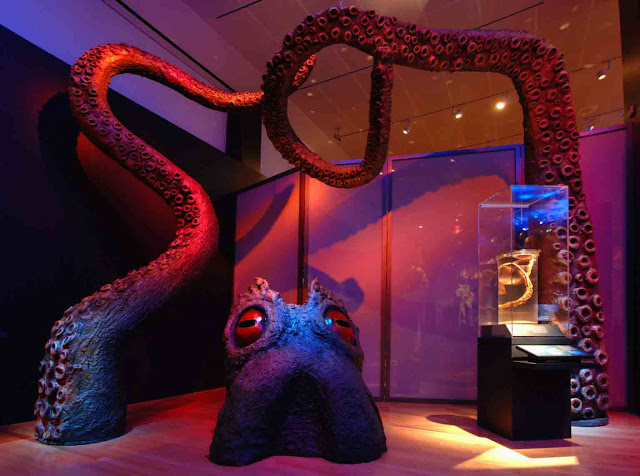 The list of unique things found in deep-sea is incomplete without this strange beast. For centuries, fishermen extort and wash squid species from the oceans. Some are up to 40 feet tall, but this living giant squid was first observed in 2001. And so far no other squid has broken its record.

The Mysterious Yonaguni Complex, Japan Found In The Deep Sea 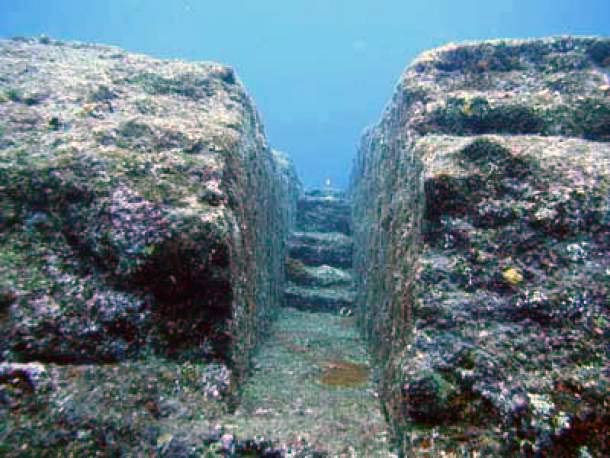 First spotted by a dive tour operator in 1985, this ancient construction has sparked a heated discussion among experts. A marine geologist Masaaki Kimura, at the University of the Ryukyus in Japan, thinks it to be the ruins of a Japanese Atlantis, sunk by an earthquake 2,000 years before, on the report of the National Geographic.
But not all researchers have agreed. The debate is still on fire.

Doomed Emeralds But A Hoax 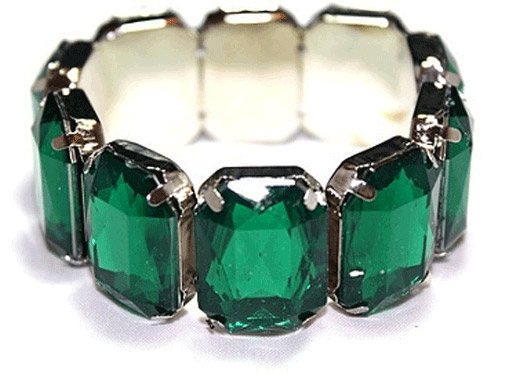 Florida resident Jay Miscovich purchased a treasure map in 2010 from a friend of his. Miscovich is a part-time treasure hunter and an amateur diver. Miscovich began searching for treasures in the Gulf of Florida, but he got only got emeralds bracelet. The identity of this bracelet was unknown. Miscovich wanted to make a big deal out of the unique thing that he found in the deep sea, but the cost of the discovery was over £80. But this twisted point is; it turned out to be a hoax, meant to cheat investors. When tested, the emeralds found to be coated with an epoxy compound that wasn't invented until the twentieth century, impossible for emeralds that had supposedly been on the sea bottom for centuries. Moscovitch committed suicide and the detectives eventually discovered where Moscovitch had bought the emeralds, three years before the discovery.
Tags: Unique Things, Things Found Underwater, Things Under The Ocean, Deep Sea, Discoveries, Underwater Discoveries, History, Strangest Things

Starting a WordPress Blog in 2020? Tr…
Good health and fitness is worth figh…
فوائد الملح البحري للبشرة
Not all advice is good advice
Home Decorating with Small Rugs