Black Adam has been somewhat relevant on mainstream media in the last couple of months after the release of the Shazam! movie and the fact that Dwayne “The Rock” Johnson is going to play Billy Batson’s most iconic antagonist in his own solo movie. Even though Black Adam has proven to be a popular Character among DC fans, there have been understandable doubts about the character being able to command a film on his own.

Spider-Man: If This Be My Destiny - L…
Sex Tips for Men: How to Be Better in…
Podcasting
Office Life
Remote Learning Resources for the Fir…

Dark Ages could be great inspiration for the film because the plot in general is quite simple and, above all things, is a very good story, written by Peter Tomasi and drawn by Doug Mahnke. If you want an interesting glimpse of what makes Black Adam tick and what his character is all about, then this is the story for you.

What is Dark Ages? The story follows Black Adam, now chased by all authorities and superhero teams out there, after committing multiple murders while he tries to revive her beloved, Isis. This story shows Adam trying to recover his powers, confrontations with his former colleagues of the Justice Society of America, going through several ordeals to revive Isis and cope with his own moral code.

Peter Tomasi might be the most underrated comic book writer in the last twenty years: he has been working on multiple projects throughout the years and he has always delivered classic superhero stories with a lot of quality, so working with a morally ambiguous character like Black Adam proved to be an interesting challenge for Tomasi.

One of the most interesting of Dark Ages is its pacing, which is quite fast but never feels rushed or forced, with Adam constantly going from one quest to another in a very organic manner. This is a character that has a very mythological and grandiose feel, so Tomasi plays to that and focuses it on giving a structure reminiscent to an Herculean myth, in my view.

Writing antiheroes is always complicated because you have to balance his or her dubious moral code with a more sympathetic feel, which is something that Tomasi does quite well here –you get inside Black Adam’s mind and you understand his reasons behind what he is doing while at the same time showing some of the heroic traits that stop him from being a full blown villain. Doug Mahnke does a pretty solid job here, although I believe the way he draws Adam’s face when he transforms might not be the best fit for the character’s facial expressions, but overall I think he was quite good. The artwork is detailed, has personality and it provides a lot of atmosphere to every scene, which is something that any good comic book requires–it’s not detail for detail’s sake, but rather as a way to enhance the visual impact of the story.

Black Adam is one of the most powerful characters of the DC universe and Mahnke’s art illustrates this, showing him overpowering his enemies in a very relentless manner, which is one of the biggest achievements of the Dark Ages’ art.

Around 2007, when this comic was written, Black Adam was on the height of his popularity and that prompted DC to create this miniseries. It’s a very faithful depiction of the character and it shows him in a very interesting story that is filled with emotion and great action scenes. It might be a bit too short, but overall is quite enjoyable and it gives a very interesting insight to one of DC’s biggest antiheroes. 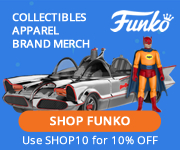 How would you like to see Black Adam portrayed in the DC Universe? Let us know below. Shop all of our latest DC Comics t-shirts.