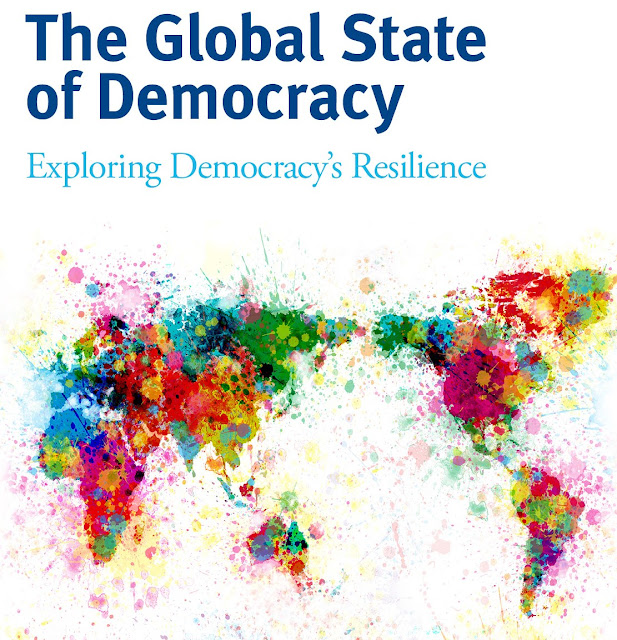 Nigeria’s Oby Ezekwesili, former Vice-President, World Bank and Co-founder Transparency International, including world leaders such as Kofi Annan, former Secretary-General of the United Nations; Laura Chinchilla, former President of Costa Rica and Dr. S. Y. Quraishi, former Chief Election Commissioner of India have been announced as Democracy Ambassadors by the International Institute for Electoral Assistance (International IDEA).
This is ahead of the Global State of Democracy publication to be launched in November 2017.
In the past 40 years, democracy on a global level has made tremendous progress, but this progress has slowed down as critical challenges have emerged. To contribute to the global efforts to protect democracy, International IDEA has developed The Global State of Democracy publication.
The Democracy Ambassadors are tasked with putting the spotlight on challenges and developments in global democracy that are highlighted in the publication - joining International IDEA’s mission to support and safeguard democracy.
Other Democracy Ambassadors appointed by the institute include Emine Bozkurt, Dutch politician, former Member of the European Parliament; Jan Eliasson, former Deputy Secretary-General of the United Nations, Chair of the Stockholm International Peace Research Institute (SIPRI); Vaira Vīķe-Freiberga, former President of Latvia and President of Club de Madrid, Global Round Table, Titi Anggraini, Executive Director, Perludem-Association for Election and Democracy, among others.
The official launch of publication will take place on 15 November, 2017 in Stockholm. Additional launches will be held in Geneva, New York, Brussels, Oslo, Cotonou, Lima and New Delhi, among other locations.
About International Institute for Democracy and Electoral Assistance
The International Institute for Democracy and Electoral Assistance (International IDEA) is an intergovernmental organisation that supports sustainable democracy worldwide. International IDEA is governed by its Council of Member States.
The organisation is governed by its Statutes, the latest of which entered into force in November 2008. Membership in International IDEA is open to governments which demonstrate, by example in their own state, their commitment to the rule of law, human rights, the basic principles of democratic pluralism and strengthening democracy.