The operatives of the Rapid Response Squad (RRS) of the Lagos State Police Command have arrested four suspects for allegedly swindling unsuspecting members of the public of various sums of money. The four suspects were picked up separately by the operatives in three incidents of fraud in Maryland, Ojodu Berger and Ajegunle between Tuesday and Thursday last week.

The suspects, Kenneth Umukoro, 36; Uba Utokcha, 41; Joseph Onuoha, 40 and Ikechukwu Okeke, 25, individually owned up to the crime when interrogated at RRS headquarters. 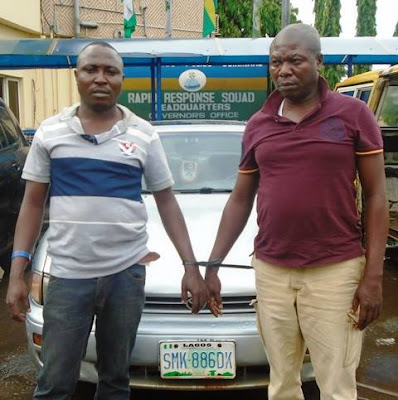 According to one of the victims, Ibeh Chiwenu, she was going to Ojodu Berger from Ojota when Kenneth Umukoro, driving a metallic colour Toyota Camry, 1997 model with the registration number SMK 886 DK, stopped at the bus stop to pick her.
“As he drove along, he picked another passenger on Kudirat Abiola Way. We were still on Kudirat Abiola Way when the new passenger started a conversation on something like French language with the driver… The driver now pleaded that he wanted to take the new passenger to Customs’ Office on Mobolaji Bank Anthony Way, where his goods were seized. It was here that their story changed and I became the subject of their manipulation in connivance with a custom agent and a pastor,” she added.

She further explained, “Under the pretext that the four of us assist the man whose goods were trapped with the custom over export duties, they brainwashed me into releasing my ATM card, led me to withdraw the last N9,000 from my account…. After this, the pastor prayed for me and told me to go home and get more money that my family kept at home.”

The victim further narrated that “All these happened last week. Today, Thursday, my husband and I were standing at the Maryland Bus Stop. I saw the same Toyota Camry with same number plate and a new driver, but beside him was the former driver that lured me into fraud, pretending to be a passenger. I alerted RRS officers stationed in Maryland and they arrested them.”

The two other suspects, Joseph Onuoha and Ikechukwu Okeke were arrested separately but in a similar circumstance on Tuesday and Wednesday respectively.

Onuaha, confessed to interrogators that he belonged to a fraud syndicate led by one man simply identified as Toronto, adding that their leader, who is now at large, trained over 40 of them to go out daily in search of would-be victims. 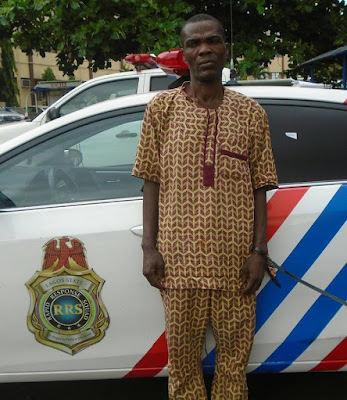 “When we hit jackpot, we share it into five parts. Toronto takes two parts. Two of us in a team share two and we would share the remaining part to others…. Presently, our office in Ajegunle has been busted by the police. Toronto as I was told has relocated to somewhere in Surulere. Whenever we have issues with the police, he comes around to secure our bail,” Onuoha said.

Responding to the development, the Police Public Relations Officer, Superintendent Dolapo Badmos, said that the police won’t relent on their duties of making the state crime free but warned members of the public to be wary of suspicious dealings.

The four suspects have been transferred to the State Criminal Investigation Department (SCID), Panti

The post Suspects Arrested For Defrauding People In Lagos appeared first on Welcome To WheyTinDey I Lifestyle Blog.

This post first appeared on Wheytindey Fashion And Lifestyle, please read the originial post: here
People also like
New Everton Boss Rafael Benitez Ready to Fight for Merseyside Club
The Ultimate Guide To Obtain a Europe Residence Permit
Carpenter Ants in House
Confusion Looms Over Google Pixel 5a – Might Be Only Available in The US and Japan
Are Exit Interviews Important?
“The Friend Who May Not Seem a Friend”: The Cat and the Fire, Part 1 of 3
Office Life – Preview – 1
Vanity, Vendors, and Vulnerabilities