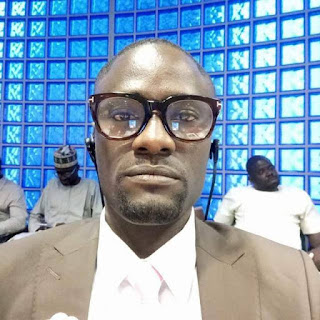 President of the National Association of Nigerian Students (NANS), Comrade Danielson Bamidele Akpan, has cancelled his official trip to Liberia as a result of the industrial action embarked on by the Academic Staff Union of Universities (ASUU).
His Media Aide, Isioma Ogochukwu, disclosed this in an interview with Dailynewsvibe on Tuesday in Benin City.
Ogochukwu said it will be wrong for the President to leave the country while his house is on fire.
He said: “The NANS President and his team were to jet out of the country Wednesday to attend the inauguration ceremony of the newly elected officials of the Liberia National Students’ Union (LINSU), and also to meet with H.E. President George Weah of Liberia, among other international engagements.
“But the President, being a President with the interest of the entire Nigerian students at heart, had to cancel all arrangements at the eleventh hour due to the ongoing ASUU strike. The President opted to stay back because to him, it will be wrong to jet out of the country while his house is on fire.”
Speaking further, Ogochukwu added that the President of NANS said: “It will be indiscernible for me to leave the country while academic activities are grounded across the country. What we envisaged was the NLC strike only for ASUU strike to come up, and this affects us directly. The strike came to us as a surprise. However, I have been conversing with the National leadership of ASUU and it's been fruitful, because we have a good working relationship. We are doing all we can to meet the Federal Government through the Minister of Education, and we hope it will all be over soon.”
The NANS President also admonished all Nigerian students to be law abiding and stay calm, adding that, “academic activities will resume as soon as possible.”
The NANS leadership is expected to make an official statement in the next few hours on the said ASUU strike.