Getting hold of your fav author’s books when boredom has struck you is just like having been given a few hours of spring during winter. I don’t usually opt to read self-help books, or books that talk about spirituality and love, but wait, is the book by Paulo Coelho?- then the scenario is different.

“ Life is a journey,
Make sure you don’t miss a thing, live it with Paulo Coelho.”
Paulo Coelho, the Brazilian novelist, author of the best-seller ‘Alchemist,’ found his place in my bookshelf 4-5 years back. It is recent that I got to read ‘Manuscript found in Accra,’ ‘The Zahir,’ and his latest novel- ‘The Spy’. 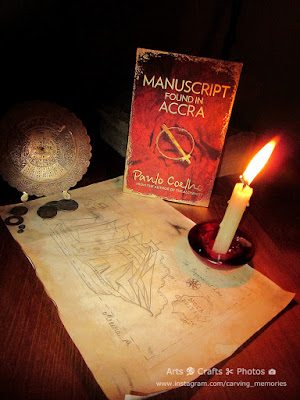 The book starts with the mention of two brothers, way back in 1945, who find themselves ‘an urn full of papyruses,’ with one manuscript finally ending up at the Carl Jung institute in 1951- The Jung Codex. Umm.. that’s a lot of history and dates, guessing it should bore you right? Leafing through the first few pages of this book that was exactly my reaction too! As one reads on they find that the book directly addresses the issues faced by a lot many of the people.
‘Life’ is atop a mountain with so many steps to take you there. Loyalty, courage, beauty, defeat, solitude are all steps and you need to move along them in harmony so as not to disrupt the laws of nature- during the eve of the invasion that was going to happen on Accra, its citizens gather around a man referred to as The Copt, who gives his insight on the different issues of life. Give this book time, read slow, and carefully extract its juice to apply in life.
The book speaks about how people stop recognizing their beauty and talents just because others fail to acknowledge it and how we stop being the moonlight just to become the pond that gives reflection of the moon- we let others define us.
The book reminded me of this song by Selena Gomez-
“ You made me insecure,
Told me I wasn't good enough.
But who are you to judge
When you're a diamond in the rough?” -
The book asks one to take pride in their scars, “ just as the wind changes its direction, so does luck and victory.” - this novel, with a rating of 3.8 by Goodreads, is certainly a copy to own in one's personal library! 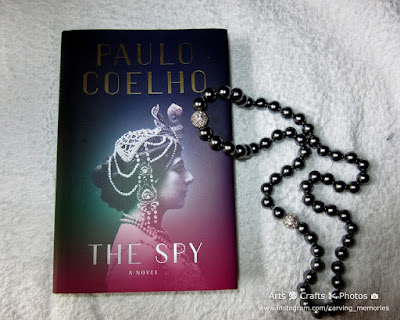 Paulo Coelho’s latest novel, The Spy has also found its place on the bestseller’s list with a
rating of 3.5 stars.
Excerpt from the book:
HER ONLY CRIME WAS TO BE AN INDEPENDENT WOMAN…
‘ “I am ready,” she said in a gentle tone.
Everyone departed the prison cell, Mata Hari the last to descend. The soldiers were lined up
for the execution…
“FIRE!”
Mata Hari remained upright. She did not die the way you see in pictures. She collapsed
onto  herself, her head still up, her eyes still open.
“Mata Hari is dead” .’
Born Margaretha Zelle, who later took on the name of Mata Hari, was the most celebrated exotic
dancer in the city of Paris. Paulo Coelho’s "The Spy" narrates the story of Mata Hari’s life.
Through the letters to her lawyer, she gives voice to her experiences and memories,
reflecting on what she has gone through in life in such a short time, ‘Memory is a river,
one that runs backwards.’
As the war started to creep up on the country, the extravagant lifestyle that Mata Hari led turned
her into the centre of suspects. She dared to defy all conventions, be an independent woman in a
world truly led by men, and finally paid the ultimate price for something she hasn’t done- treason-
‘ The most feminine of all, writing an unfamiliar tragedy with her body.’
The book has been recounted well ( I do not know how true and accurately the facts have
been laid though) and I certainly felt this was a good read.
THE ZAHIR 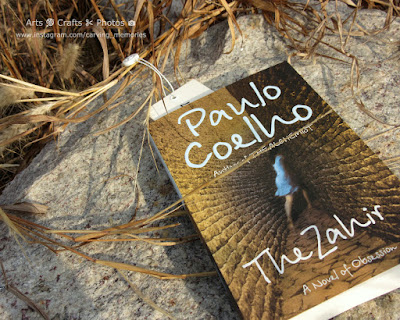 “It begins with a glimpse and ends in an obsession”
‘The Zahir’ is the story of a well-known writer, who goes in search of his wife, a war correspondent, who has disappeared leaving no trace behind. Why would she leave without a word?- this kept taunting him. The love he had for his wife was turning into something else, she turned into The Zahir, The Obsession! ‘ In a quest to find out when the ice off their marriage cracked making them walk
through chilled water as if nothing had happened,’ he finds out more about himself and about that divine Energy.
Through the book the author cautions us about ‘The Acmodador,’ the giving up point,
one should never allow it to lay down the rules.
Of these three books I have mentioned here, this was the one I chose last, a few pages left.
Though the book is enlightening and gives wonderful messages, I did encounter the drag
at certain places.
PS: Do suggest Goodreads!
Happy Reading :)

Landmark beach Lagos: All you need to…
“The Friend Who May Not Seem a Friend…
51 Best Start-up Ideas to Try
6 Benefits of Farm Recruitment Agency
Mildred y Gwendolyn: la pareja lésbic…